by SHAUNA BLACKMON
Published: APRIL 3, 2019
Even when good people have the best intentions, consent can be complicated.

When I first started running a sex positive association, I figured we wouldn’t have many problems with consent violations. We took every step we could think of to ensure the safety of our members. We created and used a strict community screening process, as well as a code of conduct to properly integrate new members.

At the beginning of each party, we played consent games and practiced both asking for consent as well as saying no (because saying no is also difficult for some people). We knew it wasn’t perfect, but we patted ourselves on the back thinking this was a darned good system. We thought with enough emphasis on consent, we would circumvent most of the problems with sexual coercion that we see now almost daily. It was easy for all of us to think that consent was somehow black and white. You either had it or you didn’t, right?

Consent is a simple yes or no question ... isn't it?

It was easy to think that the people we hear about who commit consent violations are just horrible, chauvinistic men of a different era. Most of the people on the news are older, well-to-do, white men. When we started, we were a young group of queer, alternative, sex-positive explorers in one of the most sexually open cities in the world. I thought - and very much hoped - we would be different, an example of how our generation can interact with sex and sexuality in ways that were always respectful, careful and safe.

While I still think the men we hear about most often on the news are horrible, chauvinistic men of a different era, I now understand that many of the day-to-day consent issues we face aren’t always so clear cut. When you hear stories like that of Harvey Weinstein and Bill Cosby, it’s easy to jump on the bandwagon and think that consent violations are clear and only perpetrated by monsters. There is a clear victim and a clear villain with bad intentions.

While those kinds of situations do happen, most rapes are not violent attacks by strangers in dark alleys. Most consent violations are not the kind of interactions that leave the potential victim with clear feelings about the situation. Sometimes it can take days, weeks, or even years for someone to digest how they feel about what happened. Even then, it might not really be clear.

Thankfully, we never had situations anywhere near that serious. We never had a situation where someone worried about their safety or felt assaulted. We did however, have situations where people felt that things got out of hand, or they were simply uncomfortable. We wanted to address all issues, no matter how big or how small. That's the only way we thought we could truly create a safe community.

Read: Why Consent Is More Complicated Than a Cup of Tea

Problems We Faced Regarding Consent

Problem One: From Playful to Pushy - Who Is Responsible?

Our first problem with consent happened surprisingly early in our first year. Three people played together, and the mood went from silly to a little bit more snarky. All three admit to being a bit playfully pushy and playing with boundaries. It was a sexy, flirty game. A few days later, one of the participants realized that for her, it went too far. She acknowledged that she actively participated in the build up, but something towards the end felt wrong. It went from playfully assertive to flat out pushy.

Who holds the responsibility in this situation? Is it the fault of others for not picking up on her discomfort or body language? Is it her fault for not saying something? Does an interaction that breaks consent need to be labeled as someone’s fault?

Another problem we experienced came about because of the variety of cultural backgrounds in our group. We represent at least 15 different countries, all of which come with their own cultural narrative regarding sex and dating. That narrative can be almost unrecognizable from country to country. What is acceptable for people in Brazil or Israel could be straight up sexual assault for someone from Germany or Sweden.

It takes listening and understanding to realize that what might seem totally normal in one country might not be normal or acceptable in another. Even people who grew up in different parts of the same country can have vastly different interpretations and norms. No one is wrong for living within the rules of their particular society. However, it is important to realize that not everyone is living by the same set of rules.

Again, we found ourselves in a messy situation when those wires inevitably crossed. No one necessarily did anything wrong. It was a serious misunderstanding between cultures. People still felt that their boundaries were pushed, though. It became a reoccurring problem.

The majority of consent violations are messy and confusing, both for the people involved in the interaction as well the community involved. Perspective plays a huge role in how we interpret situations. How one person sees an event will almost always be different from how another person sees it. On top of that, no one is perfect. Even the most consent focused, feminist, careful people I know have accidentally violated someone’s consent in their life. Even I have been scolded once for not properly asking for consent.

People also just want different things from flirting, sex, and even platonic touch. Some people get upset when others go in for a hug without asking. Others would say that asking something like, “Can I kiss you?” would totally ruin the mood. Everyone is different, which simultaneously makes sexual exploration fun and interesting, but also difficult to navigate.

How can we do better?

If we want to change this pattern of sexual harm, we must focus on learning how to be emotionally intelligent. We must understand that people experience things differently because of their background, social standing, or in how they were raised.

The emotional intelligence required to hit on someone without making them uncomfortable will be the same skill set needed to identify the serial aggressor from the person who just accidentally misread a situation and made a bad choice. Of course in both situations, the action needs to be called out and discussed. The ways in which that should be done, however, are clearly different.

Another important aspect is knowing what to do once you're told that you hurt someone or violated their consent. It’s easy to get defensive. Yet, in situations like this, the only valid response is to listen, apologize and see what that person needs to feel safe again. That’s it.

It’s hard to know our own blind spots. Until quite recently, the societal idea was that men are supposed to be the ones to make the move or take charge. A lot of young men, even in these sex positive groups, struggle with walking the line between expectations for them to take charge and their desire to be respectful and do the right thing.

If we shun every person who has ever gone in for a kiss at the wrong moment and call them predators, we will quickly lose all of our male-identifying allies. Instead, we need to continue being strong against the predators of the world, but remember that most of us are trying our best and we have to be kind to each other.

Sexual Health
Culture and Consent: The Things We Have to Unlearn to Get It Right
by DR. LAURA MCGUIRE | Sexuality Educator, Trauma Specialist, Inclusion Consultant
Advertisement
Have Better Sex!

Sexual Health
Culture and Consent: The Things We Have to Unlearn to Get It Right
by DR. LAURA MCGUIRE | Sexuality Educator, Trauma Specialist, Inclusion Consultant 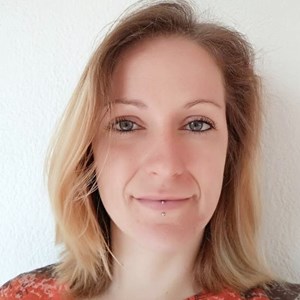