Painful sex isn’t uncommon. In one of the most comprehensive surveys on this topic, 7.5% of sexually active women reported painful sex, and 25% of those experienced often enough that it was “causing distress.”

But while statistics like this are informative, they’re never as powerful or persuasive as a first-person story.

Emily Sauer, the founder and CEO of Ohnut, a product designed to prevent painful penetrative intercourse, created her product as a result of her own personal experience - and she’s very open about sharing it.

“For over 10 years, I experienced deep pain during sex,” Sauer said. “I didn’t have the language or confidence to speak about it with a partner at the time and every time I went to the doctor and asked for help I was really just rushed out the door. I finally reached a point of frustration when I couldn’t do anything anymore because every time I felt pain during sex, I felt like a failure as a partner.” 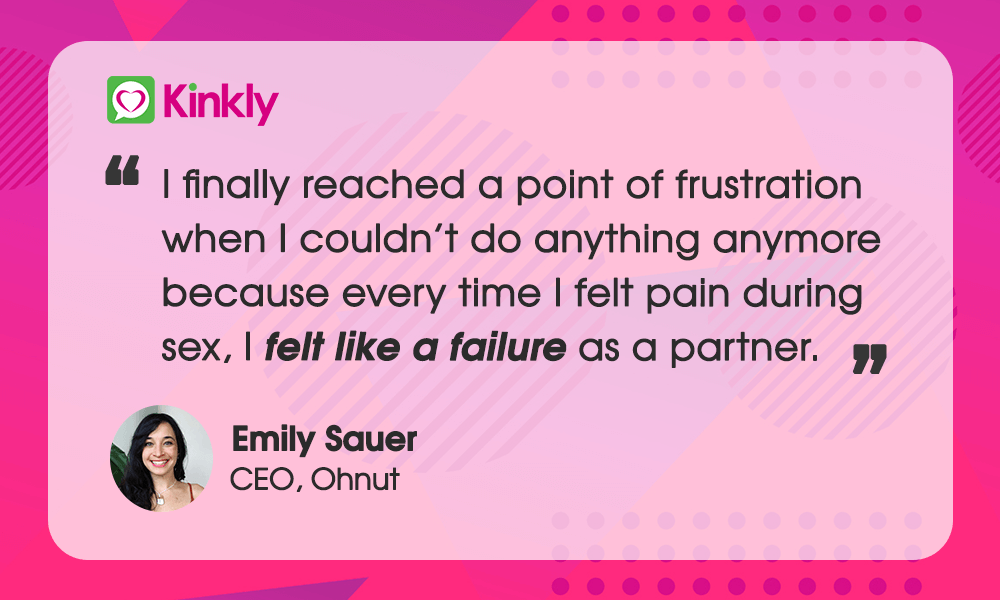 Enter a pink frosted doughnut. Sauer cites the notion of this doughnut as her inspiration for Ohnut - although she’s quick to say a pastry was not the actual prototype. 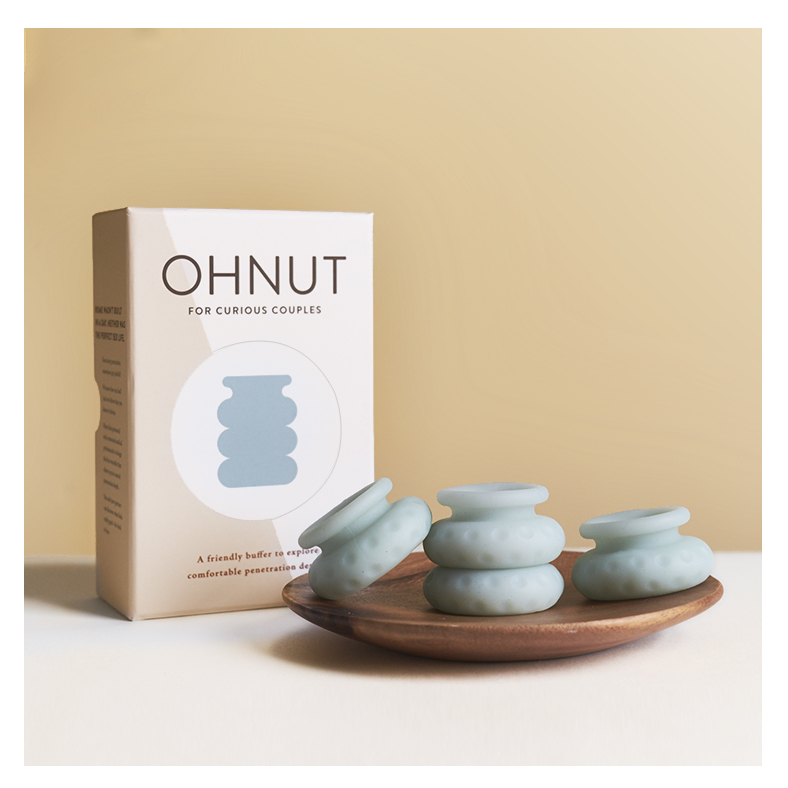 “The idea of a pink frosted doughnut on a penis was the exact opposite of what I had previously been feeling, that sense of isolation and shame,” Sauer said.

Ohnut is, in fact, doughnut-esque, and its marketing playfully describes it as a “feel-good buffer” to help prevent painful sex. It’s a set of stretchy, stackable polymer rings that slide over the penis to reduce the depth of penetration. For people with conditions like endometriosis, fibroids, pelvic inflammation and other conditions that cause vaginal pain, controlling penetration to a depth that is comfortable can be a game changer.

The product, while sex enhancing, is mostly marketed as a consumer medical device, which Sauer says has helped Ohnut avoid some of the stigma that can befall companies that make pleasure products. But opening up that real dialogue is also part of the company’s mission.

Ohnut’s 2018 Kickstarter campaign, which raised more than $60,000 from 831 backers, was focused on Sauer and other real people opening up about what painful sex feels like and how it affects them.

“When I first launched Kickstarter and was asking friends and peers in the space what they thought, they told me I shouldn't focus on the pain part. I should just have happy pictures of people making out and say [Ohnut] makes sex enjoyable instead of actually highlighting the complexities that come with the shame and physical challenge of pain during sex,” Sauer said.

But Ohnut’s real talk has helped it connect with others who are struggling with painful intercourse (often without support). It also means the product's users are more likely to get real themselves, showering the product with glowing reviews on the company’s website and providing detailed and exuberant recommendations across Reddit.

While Sauer decided to focus on the challenges of painful sex for marketing the product, she’s quick to add that Ohnut is also a pleasure product, although describing it that way might mean reframing how we use that term.

“There’s a general misconception around what pleasure is and what enjoyable sex is,” Sauer said. “Culture trains us to believe that heightened physical pleasure means bigger and better and more orgasms, but pleasure can be laughing during sex. Pleasure can be simply having sex.Pleasure can be not thinking about how you’re doing during sex and just focusing on how your body feels.” 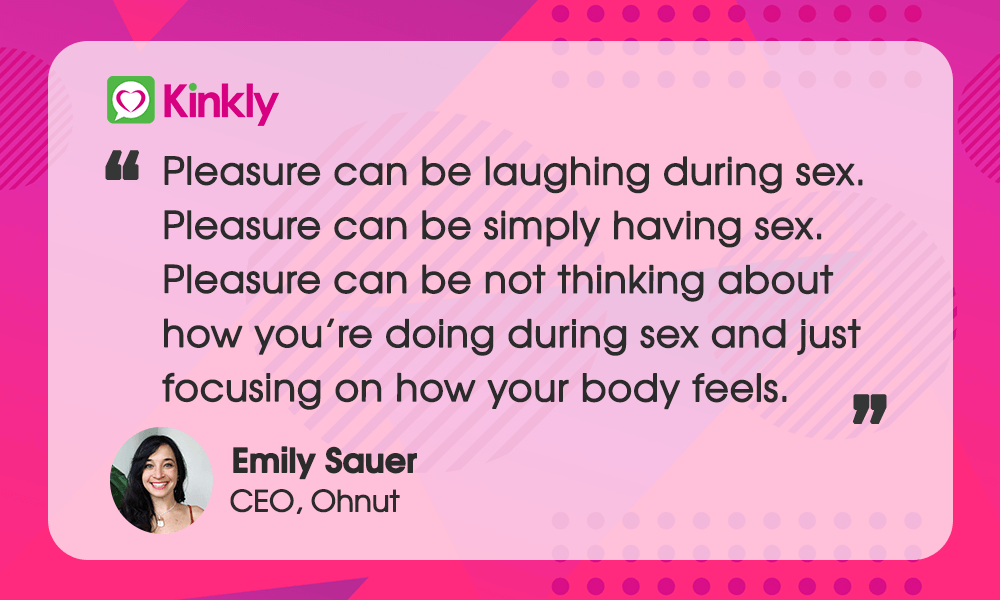 In 2021, Ohnut’s mission continues to be around expanding its product line. Sauer is also expanding her work in helping those with pelvic floor dysfunction with the launch of a new venture called Pelvic Gym. It’s an online version of pelvic floor physiotherapy, a much sought-after service that many people who suffer with painful intercourse, incontinence and postnatal recovery are unable to access.

Both companies are also making education part of their mission and putting it at the forefront of their offerings.

“Oftentimes, gynecologists and OB-GYNs aren’t trained to deal with pelvic health complications. So, even people who seek out medical help aren’t getting it,” Sauer said. “They turn to these accessible consumer medical products like Ohnut and now it’s up to us to educate the consumer about what’s going on in there.”

In doing so, they’re also contributing to a growing dialogue about the pelvic and sexual health. 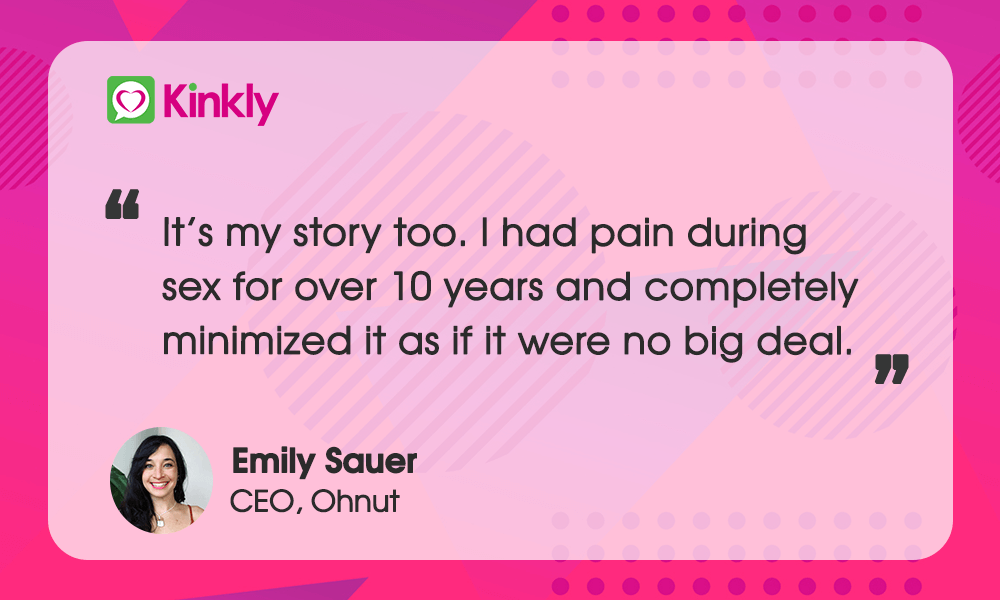 “On a fundamental level, aside from the institutional challenges where our doctors aren’t trained properly and sex education is completely lacking from a cultural perspective, we’re not even thinking that painful sex is something that should be acknowledged,” Sauer said. “It’s my story too. I had pain during sex for over 10 years and completely minimized it as if it were no big deal.”