This excerpt is from "The Pleasure Dial: An Erotocomedic Novel of Old-Time Radio", published by 1001 Nights Press and used with permission.

“Oh!” said Artie. “Damn, I don’t know. I must have set it down somewhere when Heffy burst in.”

“Don’t worry. I have a jewelry box full of them. Why don’t you go change, and we can get out of here.”

Once in the house, Artie took a wrong turn on his way to the bathroom where he’d left his clothes, accidentally heading toward the library instead. He was about to reverse course when he heard a compelling sound from beyond the closed library door: the sound of laughter—lazy, but undeniably sexual, female laughter.

He immediately visualized Mariel’s bountiful quill. This would account for its absence—someone was enjoying the gentle bliss of being tickled with it. Precisely where, he could only imagine.

Unless, of course, it was merely Elyse recalling her favorite bits from today’s script session.

Feather: check. Elyse: check. That was definitely her voice—and Artie thought she was doing a commendable job of improvising, playing a scene that had certainly not been in today’s script.

Read: Knismolagnia: Why Some People Get Turned On by Tickling

He automatically slipped a hand into a conveniently located swimsuit pocket.

“What program are we listening to?”

Mariel had tiptoed up behind him, and suddenly her arm was around his waist and her voice in his ear.

He cocked his head. She sidled around him so as to hear better, and he watched the smile broaden on her face as she became oriented to the content of the entertainment.

“Do you think it’s wrong of us to listen?” he whispered.

“Not where Elyse is concerned—and, by extension, anyone she consorts with. She’d love to know we were listening. In fact, I’ll make a note to tell her, later on.”

Her gaze drifted down to Artie’s swim trunks. “You got a head start on me, didn’t you?” She yanked Artie’s hand from the pocket, replacing it with her own—at the same time maneuvering her body behind him, to urge herself against the muscles of his buttocks. His bare feet shifted with lewd, silent ecstasy on the carpet runner.

I bet those lovely titties would like a little feathering too, mmm?

Howard’s voice, a flat monotone in the writing room, had a more liquid, insinuating quality under recreational circumstances.

“Oh, fuck, Artie, I can’t wait.” Mariel spun him around and wedged him up against the wall opposite the library. She’d found the rubber in his other bathing-suit pocket; Artie had decided from the first day in this environment that it would be convenient to keep them in each and every garment.

She sprang his cock out of the trunks with one hand while shoving her panties down with the other, nimbly stepping out of them while raising her skirt. Artie slapped her ass and pulled her tight against his chest, hoping to communicate with her nipples through blazer, blouse, and bra.

With the rubber in place, she was now struggling to mount him—Artie saw that she had not staged the scene felicitously, given their height difference. He loved her assertiveness, but she’d have to practically climb him like a tree to get her cunt around his cock. “Let’s switch places,” he advised.

This was more like it. Mariel braced herself against the wall, while Artie bent at the knees and lifted her by her hot little ass-cheeks.

Though they’d been pacing this as a frenzied sprint, they slowed down as her lubricated flesh inched its way onto him, both parties devotedly silent while each discrete instant of sensation filtered from their junction through their pleasure-response systems.

A sustained alto wail from Mariel’s lips told Artie she was getting very close. Sure enough, her left hand disappeared from his shoulder and joined the party down south, claiming its mistress’s clit. With her weight fully supported by his arms and his dick ready to explode any second, Artie had an inspiration.

Relying on her rhythm for momentum, he took the few backward steps necessary to cross the hallway, then pivoted in midfuck. “Turn the doorknob,” he muttered urgently. Mariel complied instantly, streaking the knob with girl juice from her clitty finger.

Everything happened at once. The door swung open and Elyse, who was radiantly naked, screamed in climax, her eyes widening with extra delight as she registered her audience. Writhing on the library sofa, she extracted every atom of pleasure from the quill Howard held to her crotch, while Mariel pogo-sticked on Artie’s cock, her endless orgasmic moan almost as loud as the blonde goddess’s scream. Artie pumped and pumped inside the hug of Mariel’s thighs, his buttocks muscles working in double time and his hands holding her bottom cheeks with such passion that he felt her flesh molding itself around his fingers. 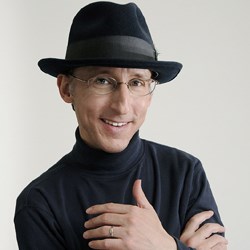