Definition - What does Plumber Position mean? 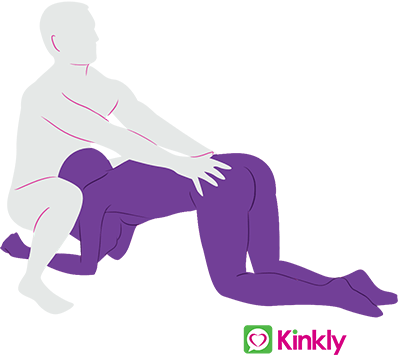 To enjoy oral sex in plumber position, a man stands with his legs shoulder length apart and squats down, with his feet flat on the floor. His partner, facing him, gets down on their knees and elbows. This position puts the partner’s face close to the man’s penis and testicles, allowing them to easily perform oral sex. During this time the man can caress or hold his partner’s back, buttocks, and breasts.

A common variation of the plumber position sees the person performing oral sex lying down on their back. The man kneels down, with a knee on either side of his partner’s face to receive oral sex. This variation is less strenuous for the person performing oral sex. It also leaves their hands free to caress their partner’s back and buttocks, combine the blow job with a hand job, or use a sex toy on him for additional stimulation.

The plumber position can be used as part of foreplay or the entire sex act, depending on a couple’s preferences. It can be easily performed by straight and homosexual couples without any variations.
The plumber position is a relatively safe sexual position, although it can be hard on the knees, elbows, and head, depending on the variation. Putting down some pillows before play can minimize discomfort.

Get Yourself a Toy and Join the Fun Today! 10 Sexy Ways to Celebrate Your Self-Love This Summer

Quiz: How Well Do You Know Blended Orgasms?