by AMELIA COHEN
Published: MAY 27, 2019 | Updated: JUNE 16, 2020 05:01:20
Jason Rogers is a world-class athlete and an Olympic silver medalist, but his biggest fight was against sexual performance anxiety. Now he's fighting to break the stigma around it.

The internet has a tendency to be, well, full of trolls and anger. How often do we see articles and stories that makes us roll our eyes or curl our lip?

But every now and then, you find a breathtaking piece of internet wonder.

That's how we felt recently when we came across Jason Rogers' AMA on Reddit and his article in Men's Health. A bit of background on Rogers: He is an American fencer and an Olympic medalist. He won silver in team sabre at the 2008 Beijing Olympics. That's a crazy impressive feat, but it's not even what we're amazed of when it comes to Rogers' courage and strength.

Read: Anxious About Sex? 3 Ways to Overcome That

We reached out to Rogers to learn more about his journey to sexual confidence and to help share in his goal of breaking down the stigma of what male masculinity really is. Read on to discover more.

Kinkly: Your dad was the first person you really opened up to about sexual performance anxiety. How did that feel? Why is this something men should talk about more?

Jason Rogers: It was HUGE relief. I think every man has a left-over reflex from his teenage years that makes him think that there are certain things that his dad just won’t understand. That my dad not only held space for me to just talk about the issue, but also shared his similar struggles in the past really helped me to feel that I wasn’t alone.

Ultimately, I think these kind of secrets breed a sort compounding fear that other people are going to find out who we really are and reject us. But it’s not until we open up and share (to the right people) that we understand that the people who care about us will support us no matter what.

Kinkly: What are some of the challenges and issues you faced due to the "mental software" of manhood? What boxes did you feel you had to fit into in order to "be a man?"

JR: There were certainly many that I faced during my athletic career. Locker room talk abounds in sports, and I found myself either standing to the side or pantomiming enthusiasm when other dudes talked about dick size and sexual conquests.

To be clear, I don’t have a problem with discussing those topics in a healthy manner, but I found that one-upmanship prevalent in this arena didn’t foster an environment for men to feel comfortable sharing issues that didn’t make them look like an “alpha.”

Kinkly: Lots of men feel they have to suffer in silence. They fear that speaking up may compromise their manhood. How did you get over this fear?

JR: I’ll admit that after the story went live, I had a bit of what Brene Brown calls a “vulnerability hangover,” and for a brief moment thought “yikes, what did I just do?”

Certainly, the outpouring of support I received was helpful. But, ultimately, I put that momentary fear back in its place when I thought about myself as a teenager. If I would have been able to read a book like the memoir I’m working now or if I would have observed people talking about it publicly, I don’t think I would have felt so alone or held on to my own toxic secret as long. That’s what keeps me moving forward.

Even if we know that millions of men occasionally struggle with this issue, their unwillingness to talk about it teaches young boys that if they experience a bedroom stumble, it means there’s something deeply wrong with them. Sexual performance anxiety itself is (in most cases) is a pretty garden variety kind of thing, but it’s the resulting silence that creates unnecessary levels of shame and embarrassment.

Kinkly: Breaking the gender norms and talking about something men don't normally talk about is incredibly brave. Did you expect any backlash from it? Were you worried people would treat you different afterwards?

JR: I did expect to receive some backlash. But I went into this understanding that most of those responses would originate from a place of fear. My very unscientific view of the people that chose to share unhelpful comments or feedback is that the more negative their response, the greater the need for them to explore why my story made them so uncomfortable.

Kinkly: What kind of response have you gotten to going public with this?

JR: That said, the response has been overwhelmingly positive. In addition to the emails, texts and calls I received from people in my network (I couldn’t help but be amused by the irony of several notes that I received from men that credited me for having “serious balls” for sharing my story). I’ve also received a ton of anonymous messages.

Sexual Health
Sex and Sadness: How to Cope With Depression In Your Love Life
by M. CHRISTIAN

How to Pleasure
Got a Penis? Here's How to Have Sex Without It
by NAOMI HUTCHINGS

When I did an AMA on Reddit (upvoted ~12k times) I got some mind-blowing messages. One man told me that this was the push he needed to finally talk to his doctor. Another said that I just might have saved his relationship from self-sabotage. It was truly breathtaking.

Kinkly: How did you overcome your sexual anxiety? What techniques or practices did you do to help?

JR: This is a tricky question because there was no magic bullet solution. Instead, it was more of a stacking effect of trying many, many things.

However, I would say the most impactful technique I learned was to simply focus on the pleasure of the moment. I often found that I was so distracted by my own negative thoughts or anxiety responses (shortness of breath, sweaty skin, etc.) that I completely forgot to enjoy myself.

Kinkly: What do you think we can do to help change the stigma that sexual anxiety is something men should be ashamed of?

JR: First and foremost, I think it begins with men sharing it with the people close to them and, if necessary, getting help. But we also need to be able to talk about it more openly in public forums without provoking men’s knee jerk reaction of “Well, I don’t have that problem!”

I also think bringing partners of men that struggle with this into the conversation is extremely important. Which is why, in the coming weeks, I’m going to be collaborating with Giddy, a company that also aims to change the whole narrative around erectile dysfunction through education and tools for more open communication – for both people who have performance anxiety and their partners.

Kinkly: What advice would you give to a young person struggling with sexual anxiety?

JR:Sorry if I sound like a broken record, but talking about it with people that you trust is always the first step. That should include your partner, of course.

However, at a young age that person may not always be able to react in a constructive way. So seek out a parent, another family member, trusted friend or professional (doctor, therapist, etc.) that will have that life experience to provide you with the support you deserve.

Kinkly: What can partners of men struggling with sexual anxiety do to help?

JR: I think the key word is patience. All lot of times men get too goal-oriented with sex so that when they don’t spark up immediately, they immediately draw the conclusion that they have failed.

Partners can help steer away from this by suggesting things like taking sex off the table for the night/week/month and focusing, instead, on intimacy (e.g sensual massage) to help him get back to a place where he’s connected with the moment.

Kinkly: Are you still struggling with performance anxiety today? Do you think it's something that will ever go away?

JR: I’m on the other side of it now, but like all things tied to anxiety, it’s something I will continually have to manage. However, I’m grateful that my wife is incredibly supportive of me, and we are at the point where if it becomes a problem again, we’ll just laugh about it. When you have the right perspective and people around you, you quickly realize it’s not a big deal!

Sexual Health
Sex and Sadness: How to Cope With Depression In Your Love Life
by M. CHRISTIAN

How to Pleasure
Got a Penis? Here's How to Have Sex Without It
by NAOMI HUTCHINGS 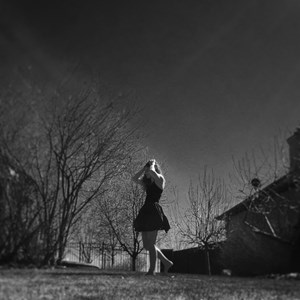 Amelia Cohen is an editor and contributor for Kinkly. She obtained her Bachelor's of Science in Biological Sciences, then decided to follow her love of words and received her Master's of Fine Arts in Creative Writing and Publishing.