Pauline Campos: There’s a giant universal truth to "Getting Off " that I have not seen anyone else ask you about or bring up in interviews. I’m talking about obsessive compulsive disorder; the absolute need to do that one thing that would provide you with the only release that could calm your racing thoughts. The shame. The secrecy. Doing it anyway because you have to to, knowing you’re not normal but not knowing how to be anyone other than who you are.

Erica Garza: I’m so glad you brought this up because I think there are definitely aspects of OCD in this. You bring up dermotillomania. When I was writing "Getting Off," I actually lifted pieces from my MFA thesis called “Hairywoman” which focused primarily on my obsession with body hair removal. There were a lot of similarities between compulsively picking at parts of my body with tweezers (and waxing, shaving, obsessing) and compulsively masturbating/watching porn. These things were done in secret, they made me feel ashamed, yet the action itself provided great relief both physically and emotionally, which made it hard to stop.

EG: There is a stigma to female sex and porn addicts - Latino or not - because there is still so much silence. Our culture says that men want sex more than women, so naturally men are more likely to become addicted. What ends up happening is when a woman then struggles with this sort of thing she’ll think she’s the only one and keep her struggles to herself. I don’t think there’s anything that hinders healing more than this kind of silence and silence only breeds more shame. As far as my Latino Catholic household, sex was something that was supposed to happen between two married people. This isn’t even something my parents told me. They left the teaching up to the nuns at school. Sex was something awkward, something dirty, something we didn’t talk about. I think that mystery only made it more enticing and when I started to have sex in my teens, it was something I kept secret. And because it was so secretive I didn’t feel safe in asking about where and how to get condoms or birth control. I took a lot of chances.

Read: Think Sex Addiction Sounds Fun? It Is. But It Still Ruined My Life. 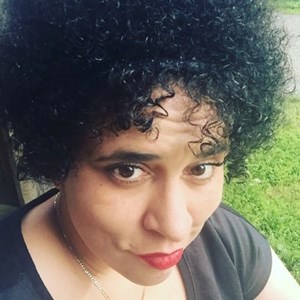 Pauline Campos is a freelance writer, author, and & artist living in the Twin Cities. Her work - often focusing on reported features, mental health, autism awareness, and raising a daughter that will never doubt the power of her own voice - has appeared on TIME, The Washington Post, Marie Claire, Good Housekeeping, and many others.