Are all poly relationships the same?

by Adam Whittock
HAVE A QUESTION? ASK ADAM HERE
A:

As you can see, polyamory is an umbrella term for relationships that can look very different. This is one reason why I advocate that people who are poly and starting to date have a good discussion about what poly means to them. Labels really only go so far. I’ve known people who thought that they weren’t "really poly" or that they were "doing poly wrong" because they didn’t fit the forms poly that were most visible in their communities. If you fit the definition as provided by Morning Glory Zell (credited with coining the term), you, my friend, are poly! No matter which label fits you best, you’ll probably find that it doesn’t describe all of your relationships with 100% accuracy. 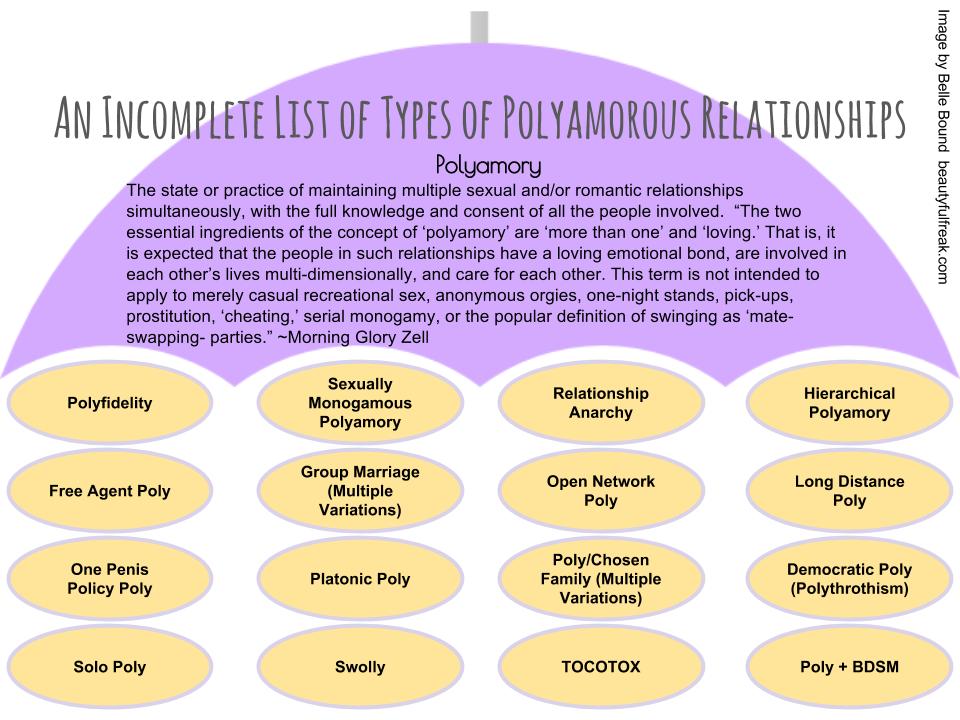 Here is a quick definition of each of the above forms of polyamory.

View All Questions From Adam Whittock

01
How do I deal with hot husband guilt?
02
I'm dating a man with a small penis. What can I do to make sure that I have an orgasm?
03
How can I orgasm faster?
RELATED ARTICLES
All Articles