Sexual shame. Chances are, you're carrying - or have carried - some, especially if you identify as a woman. Sadly, it's just part of the culture, one that often tells us that sex - or even just sexual thoughts, feelings and desires (toys!) - are dirty, bad or wrong.

The good news is, while sexual shame may not be our fault, we also have a choice about whether we decide to hold onto it, or let it go. For many that not only takes time, but also a daily, conscientious decision to think and feel differently about a part of ourselves society tells us to hide. But doing so isn't just liberating - it's also a lot more fun.

We talked to seven women who told us about the shame they felt and how they left behind.

I Shed My Religious Upbringing and Found Others Like Me

Before I got into the adult industry, I had so much internalized shame surrounding sexuality, my body, and pleasure ... I grew up with a healthy sexuality and raging hormones - all normal for a pubescent girl - but was never encouraged to allow for those feelings. As time went on, I quickly realized I had sexual feelings and attraction to folks of many genders, and I thought something was wrong with me. 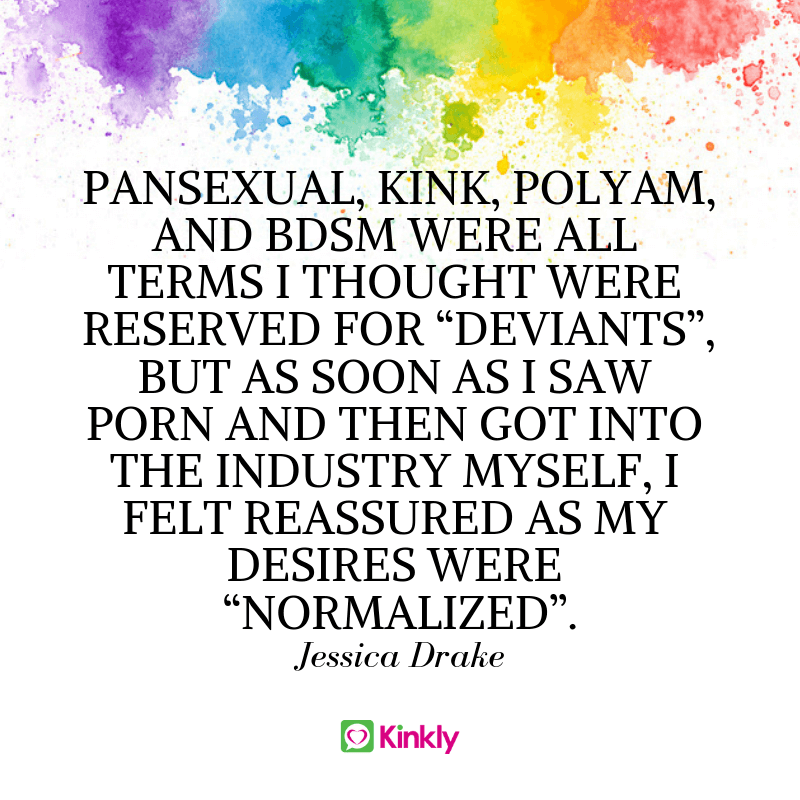 I had great parents, but a pretty sex-negative upbringing. You didn’t ask about sex, you didn’t talk about it and the strong assumption was that you wouldn’t do it either, maybe ever. I got some spotty sex ed in school, but I got most of the “good stuff” online. At the time, there wasn’t the wealth of information we have now. The best sex education actually came from university health websites, many of which were probably dealing with an influx of people just like me, people who had learned next to nothing about sex, their bodies, contraception and pleasure. 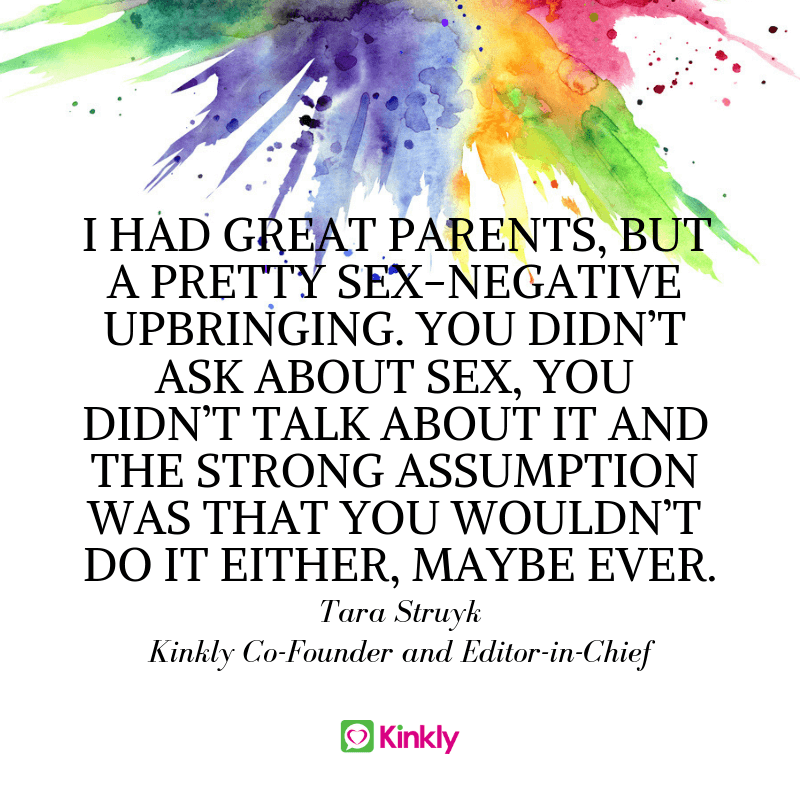 I think I really dropped that sense of shame when I co-founded Kinkly.com in 2012. I got the opportunity to connect with all kinds of sex educators and proud, sex-positive people, and learned that shame, while normal, isn't necessary. The best part is, I get to help provide people with the kind of sex education that just didn’t exist when I needed it.

I Lived the “Year of Dick”

I was always kind of surprised I didn’t embrace my sexuality earlier in life since I had such a sex positive mom. The idea of women owning their sexuality on paper made so much sense to me, but when it came to the actual personal act of it, I got lost. 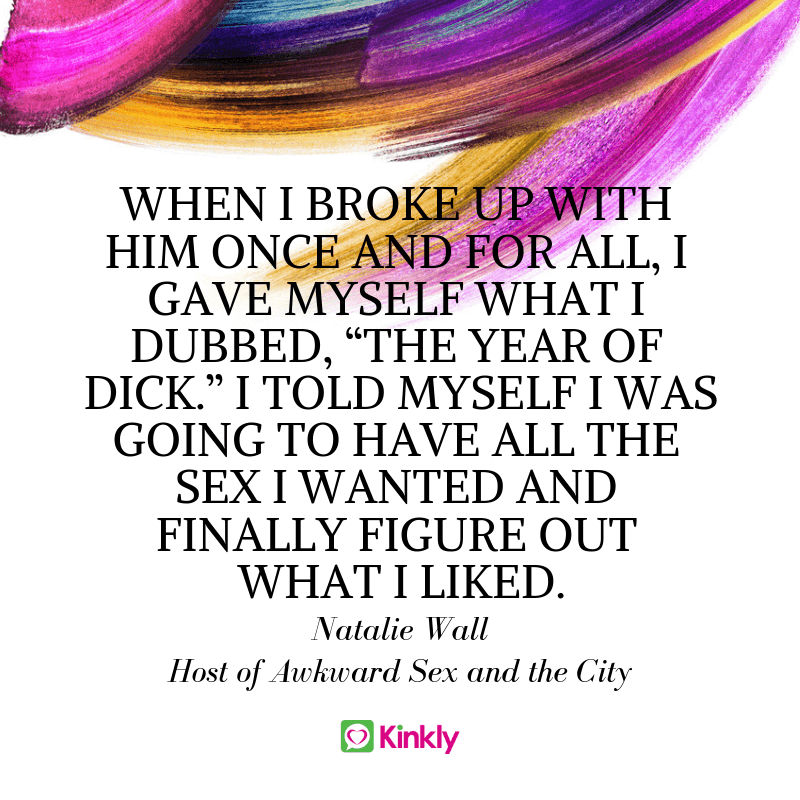 When I broke up with him once and for all, I gave myself what I dubbed, “The Year of Dick.” I told myself I was going to have all the sex I wanted and finally figure out what I liked. No more fake orgasms, no more people pleasing and no more strings attached. Just good ol’ orgasm-having sex. And, honestly, it worked.

-Natalie Wall, host of Awkward Sex and the City

I Starred in “The Vagina Monologues”

I was like most women my age - a middle-aged, working, suburban wife, with three kids, two dogs and a mountain of debt and laundry that never seemed to go down.

Then, when I turned 40, something magical happened. I got an itch. It wasn’t the sexual kind yet - that would come later. It was the kind of itch that compelled me to return to my youthful love of the theater.

I auditioned for a play … “The Vagina Monologues.”

I was chosen for the role titled “The Woman Who Liked to Make Women Happy”, though my cast-mates and I lovingly referred to her as the “moaner” …

I played this role for many productions, moaning in various keys, various tones … As the years went on, I moaned in front of packed theaters.

But once, after a performance, a lesbian woman approached me and told me she knew I was faking it. She could tell that I had never really experienced being with a woman. That statement challenged me in a way I couldn’t explain and I set out to find out just how women did moan when they orgasmed. That’s when I got hooked on making women come, and sometimes the men that come with their women (though I’m strictly hands-off with them). 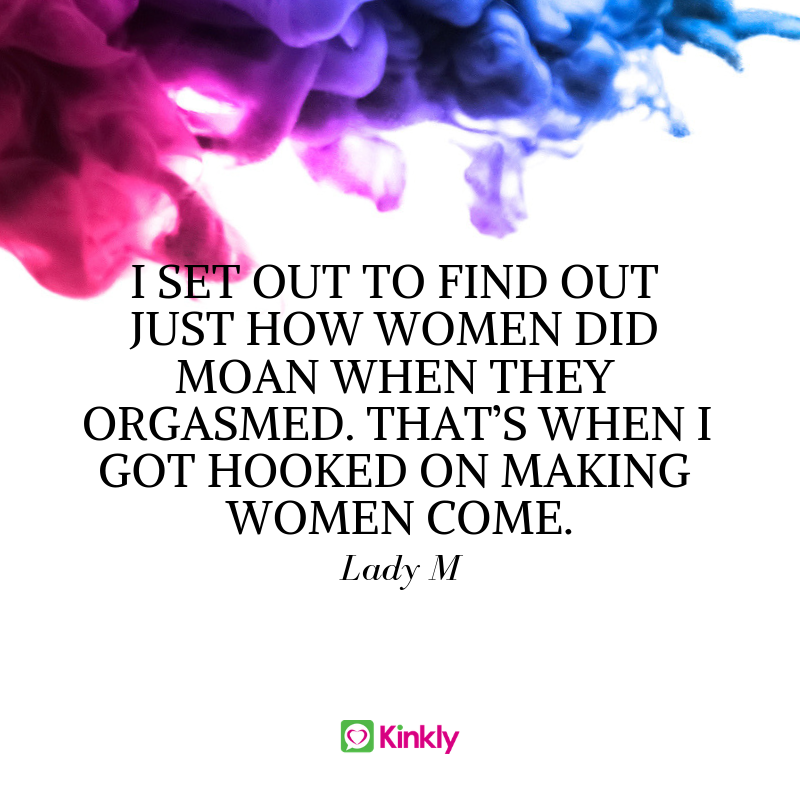 I Connected With Other Kinksters 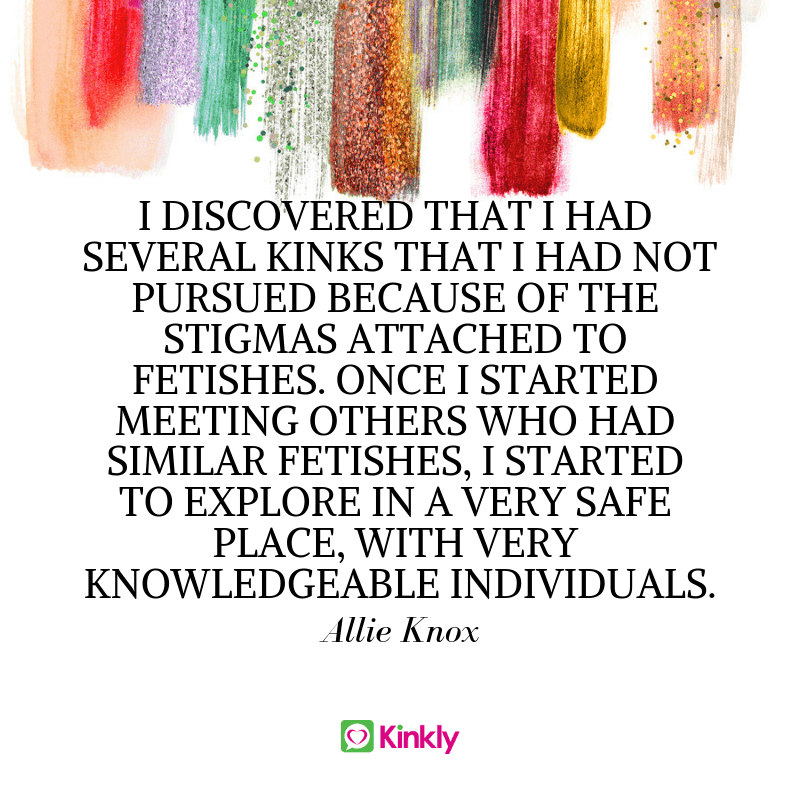 This group of kinksters taught me that the shame typically associated with fetish play was keeping me from being truly fulfilled. Having such supportive and educated individuals guide me through my experimentation was key for me to feel more comfortable and open about my needs. Playing and growing in my own sexual fulfillment was super empowering and allowed me to become more honest with myself.

I Came Out to My Mom

At this moment, today, I am a lesbian. I have been in a relationship for over six years. Before then, I classified myself as a bisexual. I didn't talk about that piece of it. It was difficult for me to talk about or acknowledge.

I come from South Carolina, Southern Baptist, grew up in the church. And I have a big family. Family is so important to me. You think that if you don't fit into the mold that you were raised in that you are not going to be accepted when you step outside the mold. [Being a lesbian] was a small piece of me I kept inside the box. 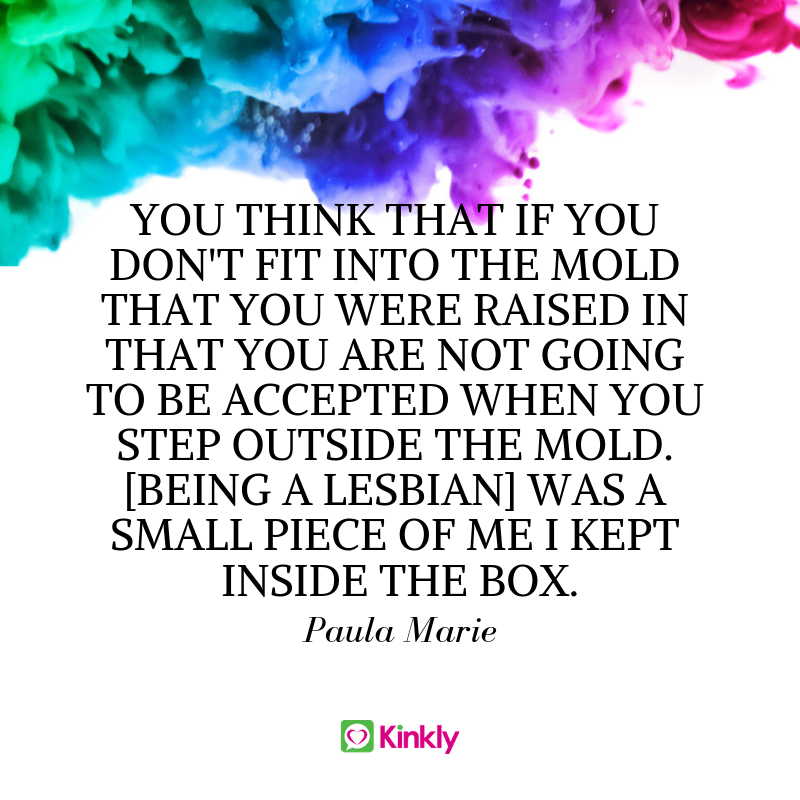 When I finally told my mom, she said "I already know." You're nervous about telling your story and saying it out loud but you realize you could have said it because you were already saying it non verbally. Once I got past my mom, it was very freeing.

I Embraced My True Sexual Identity

I'm a 30-year-old bisexual woman and I feel like I'm "out and proud" for the first time since coming out in my early 20s. I'm twice divorced from cis straight men, and they were both somewhat invalidating of my sexual identity. My first husband suggested I was a closeted lesbian when I wanted to put a marriage equality bumper sticker on my car, and he told me he didn't mind me cutting my hair short "as long as it wasn't dykey." 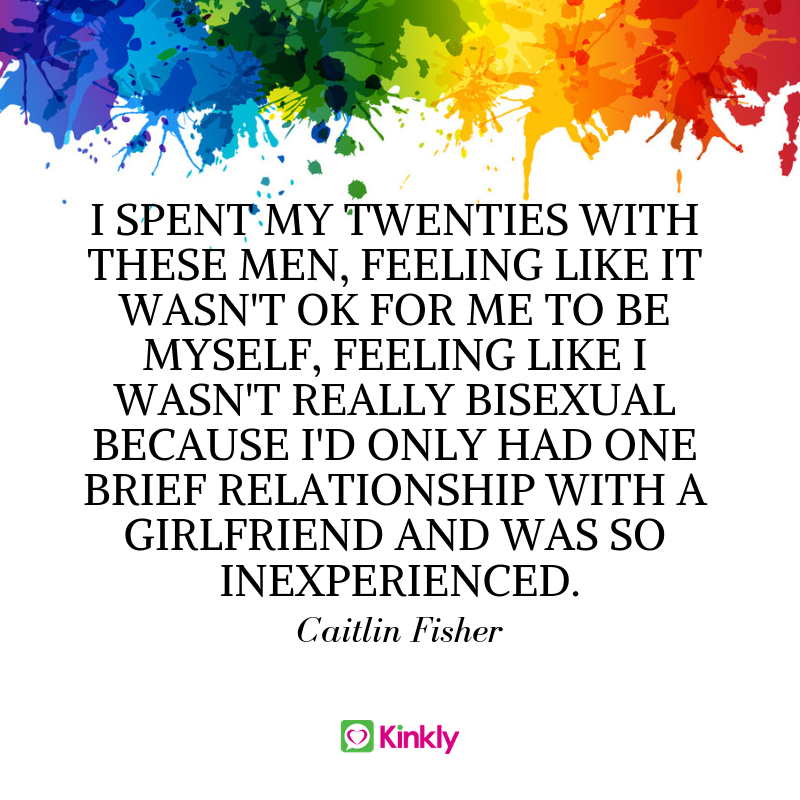 I spent my twenties with these men, feeling like it wasn't OK for me to be myself, feeling like I wasn't really bisexual because I'd only had one brief relationship with a girlfriend and was so inexperienced. Now, I am happily dating an amazing woman and cannot imagine a life without embracing my whole sexuality.