Bondage: It's More Than Just Rope

Take a look at a few options for bondage. Mix and match, try what appeals to you, and have some kinky fun along the way.

Of course, if we're discussing bondage, rope deserves a mention. First of all, let me say, I'm the one being tied up in my relationship, not the other way around. I'm not exactly an expert on knots, types of rope, or technique. If you're just starting out, neither are you. So, before you tie anyone to anything, make sure you learn as much as you can.

YouTube is loaded with excellent videos, and plenty of books have been written about the art of rope bondage. Two Knotty Boys are a personal recommendation of mine. Their books and videos taught my Dominant much of what he knows about rope bondage and safety.

With rope, you can get as simple or as complicated as you like: from a simple knot tying your partner to the bed to the complexities of Japanese bondage. The term you may be familiar with is Shibari; another word you may recognize is kinbaku. Shibari simply means to bind. Kinbaku means “the beauty of tight binding.” Bondage lovers may debate the meanings, but Japanese bondage is often a mix of beauty and eroticism. It requires patience on the part of the bottom being bound and practice from the top working with the rope.

OK, so you're into the idea of restraining or being restrained, but all that rope work sounds like...well, work. Maybe you love rope, but sometimes you need something quicker and easier. No worries, you have options.

Bondage tape is quick, easy, and comes in bright colors. In fact, I have a roll of purple bondage tape sitting in my toy box right now, begging to be used. Good bondage tape should hold well, come off the skin easily, and not hurt too much as it comes off. Unless you're combining your love of bondage with your love of sadomasochism – but that's a completely different story.

Handcuffs are fun and great for role play. They aren't for everyone and size matters. No type of bondage should cut off circulation – purple hands indicate a real problem. Alternatives are bondage cuffs that are made of leather or other materials attached in the center. They don't look like police handcuffs, but they definitely do the job.

The Softer Side of Restraint

In the mood for something softer and more sensual? Being tied up with scarves and silk ties can make more than just your mouth water. They're also a less threatening way to introduce bondage into your relationship because they're a lot less intimidating than metal, or even leather.

Scarves and ties can play multiple roles in the bedroom. Maybe your hands are tied together, over your head. Then, everything goes dim as another soft cloth is placed over your eyes. Unable to see or move, you wonder what's going to happen next. Your imagination begins to go wild. Your partner could do anything they want to you, and you're helpless ... Whew, is it getting warm in here?

One partner tells the other to hold a position – hands behind back, kneeling on the floor, bent over, you pick. The other partner doesn't move, no matter what. That means during sex, during a spanking, no matter what happens, on your honor. Without movement to distract you, all those pleasurable sensations will be a lot more intense.

I wanted to include a section on pervertibles in bondage because I know what it's like to live on a budget. You can't always rush out and buy every sex toy that looks fun. Pervertibles are everyday items repurposed for kinky play. What does that look like? Think of wooden spoons used to spank your ass, and clothespins used as nipple clamps.

In bondage, you have a few options. Rope, chains, cords and cables can all be purchased from your local home improvement store, sometimes for just pennies per foot. Velcro can act as handcuffs and other bondage options.

There are some advantage to shopping for bondage toys in a reputable sex shop though. Because pervertibles are designed for bondage, they may not be that safe either. Rough rope can cause wounds. Thin cable could cut off circulation or cut into the skin. Some chains are simply too heavy. Duct tape is painful when it comes off, and can leave behind a sticky residue. Think about the effect an item can have on a person before you decide to pervert it. Always have safety scissors handy when you're tying someone up, and never forget your partner's safety in your rush to get kinky.

Spend a little money finding the right materials. Spend a lot of time learning how to tie or bind someone safely. Never forget the aftercare when you're done. Then, get on out there and tie up the one you love!

Advertisement
MORE FROM PLEASURETEASE
All Articles

8 Amazing Sex Toy Gifts for Couples That Keep on Giving (and Giving, and Giving ...)
by ANNA LYNN

MORE FROM PLEASURETEASE
All Articles

8 Amazing Sex Toy Gifts for Couples That Keep on Giving (and Giving, and Giving ...)
by ANNA LYNN 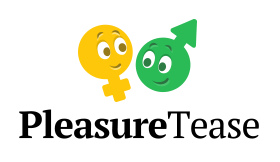