First, I'd like to congratulate the gay couples in Alabama that were actually able to get married on February 9, 2015, and weren't denied a marriage license. Not long ago, I was editing an article and it dawned on me just how wild sex laws have gone. I am a very sex-positive person. No, that doesn't make me a sex fiend. It just makes me someone who thinks that there's nothing wrong with sex between two consenting adults. What they want to do behind closed doors is definitely not my business ... and it shouldn't be the business of the government, either. (For more on the meaning on sex positivity, check out 3 Steps to Sex Positivity). For those who complain that the government has no business getting involved in certain aspects of life, the bedroom is no exception. Nothing is less sexy than getting a whiff of Eau de Big Brother. Here we'll take a look at some of the most outrageously outdated sex laws out there. Whether they're enforced (or enforceable) or not, you won't believe these laws are still on the books.

This isn't going to be a list of the funny or weird laws that you read about in various articles. These are actual laws for which people could (and in some cases were) prosecuted in the United States (you know, Land of the Free).

As you can see, sex laws can vary from state to state, much like the age of legal consent. However, if you think it's bad in America, then you certainly haven't paid attention to the news in the last 12 months. Some countries have sex laws that are much more stringent. Some of the laws will make you realize that sex laws in the United States aren't quite as outrageous as those in other places.

On its face, the U.K. porn law is quite vague. Then again, most laws are written to be relatively broad. The goal, at least in the United States, is to write a law that can cover a multitude of situations and then it is the job of the court to apply the law to specific situations. However, deciding what someone can and can't see in an adult movie is a little excessive. Adults who buy, rent, or view those movies know they are going to see explicit sexual situations. So, to ban the act of a woman reaching climax seems a bit over the top. Additionally, it is illegal to have sex on the back of a parked motorcycle. I'm not sure why British law makers felt the need to specify that the motorcycle is parked. Wouldn't a parked motorcycle be a safer choice than one that is whizzing down the road?

In Russia if you identify as trans (or if the government identifies you as trans), then you're considered to be mentally ill. Oh, and they will deny you a driver's license. Yes, they will deny a driver's license based on a person's sexual identity. You can be sentenced to prison if you are gay. I'm not entirely sure what the logic is behind this decision.

Worldwide Crack Down on Sexy Time

It's not just large world powers that find fault in your personal sexy time choices. Here are some other places that you may want to avoid based upon your taste in sexual adventures.

I wonder if we will ever see a time where governments around the world will spend more time worrying about the good of society as a whole, as opposed to worrying about the acts that happen in the privacy of someone's home. My guess is that won't happen for quite a long time. Unfortunately, many law makers think that every single private thing that happens inside of a private home will somehow affect society. They tend to forget that there are worse things in life, like child hunger, that should be addressed. 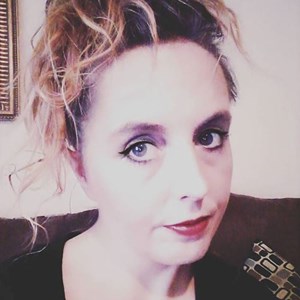 Robin Bull
Wife. Mother. Writer. Shenanigan maker. Robin Bull lives in Moore, Oklahoma with her husband, three sons, and a 90 pound Akita that thinks she's a lap dog. She is a full time writer and editor with a part time attention span.
Full Bio
In The Kinkly Shop
Visit The Kinkly Shop