The Top 10 Fetishes You Didn't Know You Had

Whether we choose to talk about them in public or not, we all have sexual preferences. Fetishes and paraphilias are often grouped into the same category, but are actually quite different. What characterizes a fetish is an abnormal or excessive degree of sexual desire or gratification linked to a particular object, item of clothing, or part of the body, etc..

You can think of a fetish as a strong sexual preference. We all have them, although in the dating world, we might be more likely to call these our deal-breakers. As with all fetishes, if the sexual fixation is strong enough, the preference can develop into a paraphilia, which is when a preference becomes a necessity, or a compulsion. That being said, there are many fetishes that are so common, we actually talk about them all the time without even noticing. Do you have one of the top 10 most common fetishes?

Do you like rough sex? Many people will shy away from the terms sadism and masochism because, lets face it, they’re quite intimidating. They often inspire mental images of dungeons full of whips, chains and other types of torture equipment. But when it comes to pain related fetishes, it not as black and white as you might think. Sadism and masochism don’t always mean whips and chains and safewords. It can be as simple as enjoying being spanked or playing rough. Whether you enjoy being the one doing the spanking, or being the one to receive the blow, you, my friend, might have a fetish for pain.

It’s likely that you or someone you know has gotten busy in a semi-public environment. Whether it was a movie theater, public park, or parking lot, the thing all these places have in common is that there is a high chance that any random person could come strolling around the corner and catch a glimpse of you and your partner being intimate in the opposite of an intimate environment. Does the feeling that you might get caught getting down in an elevator really turn you on? This is a form of non-threatening exhibitionism. Most of these types of fetishists enjoy the rush that goes along with doing something private in public, or the possibility of being caught, although they may not necessarily want to be caught. This fetish is all about getting off on taking risks.

An attraction to body art is entirely dependent on personal preferences. Some people aren’t bothered by the presence or absence of tattoos and/or piercings, but for some people, they’re a huge turn on. A sexual arousal that hinges on the body art of the fetishists sexual partner is not uncommon, especially as the population of people with tattoos and piercings rises. Some find one particular piercing to be especially attractive, while for others, the more the better. If your preference for body art becomes sexually dependent, you might have stigmatophilia.

Whether its long hair, short hair, brown hair, or blonde hair, if your sexual arousal toward a person is dependent on the state of their mane, you’ve got a hair fetish. Although most fetishists are men, many women have hair fetishes too. In women, though, the fetish usually fixates on body hair, like beards and chest hair. Some men love redheads, while some women love a man with a goatee. This fetish is based purely on hair aesthetics. (Read more in The Call of Color: Hair and Attraction.)

Lets face it: almost everyone has a role playing fantasy they would like to try. Whether you want to get down with Princess Leia from "Star Wars," or do your history professor, role-playing can be a great way to turn your fantasies into realities. Although the first thing that comes to mind when thinking about role-play is, no doubt, some strange and wild fantasy, there are so many sexual role-play fantasies that we don’t even realize are fetishes. The sexy school girl fantasy, sexy librarian, sexy nurse, or pretty much any other occupation with the prefix of "sexy" will do. Find Halloween an incredibly sexy evening? You might have a fetish for role-play.

Yep, that’s right, your attraction to older women like Cameron Diaz, Jenifer Aniston and Katie Couric is actually a fetish. A sexual interest in women significantly older than oneself can be physically based, or hinge on, a sexual attraction to emotional maturity. Social media is all over the Hollywood cougar scene, but I don’t recall anyone calling Ashton Kutcher or Justin Timberlake fetishists. This fetish also extends to young females who are attracted to older men, or so-called "manthers." An example of this might include the young women drooling over Mr. Hugh Hefner or George Clooney. Maybe it's the emotional maturity, the sexual experience, or the look of an aged bod that attracts you to individuals older than yourself, but one thing is for sure - it's a fetish.

There’s a reason that your mind immediately turns to feet when someone starts talking about fetishes. Foot fetishes consistently top the fetish charts, and when you break the fetish down, it is really no surprise. Women especially spend countless hours and dollars on accessorizing this particular part of the body with shoes, jewelry, and polish. Part of what allows this particular fetish to be so common is that there can be so many variations of it. Triggers for foot fetishists range from the foot as a whole to the polish on the toes to the odor that they emit. Footjobs and toe sex may be what your foot fetish is all about. With so many options, no wonder it's so common. (For more on this fetish, check out A Heel-to-Toe Look at Foot Fetishes.)

Sir Mix-a-Lot rapped about them, Queen praised them, and Luke Bryan repeatedly asks us to shake them for him. Yep, this fetish is all about that bass. For the most part, fetishes that focus on one part of the body, like the butt, or stomach, aren't typically considered a fetish. We’ve accepted that there are boob people, butt people, and those that fall somewhere in the middle. However, these sexual preferences, at either end, are actually considered fetishes. Whether you prefer to look at butts, touch them, or engage in sexual activities that focus on the rear region, this is a butt fetish. Recently, there has been a dramatic increase in the social focus on the butt. Songs about butts, videos of people twerking, and butt selfies all over social media. Bottom line? We've entered the era of the booty.

Truth be told, this is likely one of the most publicly advertised fetishes. The amount of money spent annually on advertising, and the amount of money spent by consumers on underwear is no small thing (the global underwear market was worth $110 billion in 2014). Underwear fetishes hinge on a sexual arousal by anything related to underwear. This can include arousal from wearing certain types of underwear, seeing others wear, put on or take off underwear, handling certain types of underwear, or even arousal from smelling underwear. If you're into it, you can buy, sell, and trade new and used underwear over the Internet with ease. Regardless of how you scratch this itch, if underwear is what makes you swoon, you might just have a fetish. 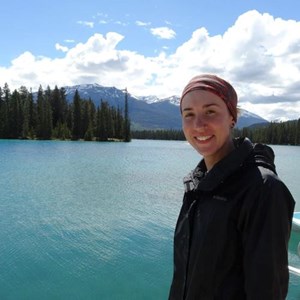