Maybe it's no surprise that guys have long used baseball as a metaphor for sex. It involves holding a bat. There's some sweating. And sliding. Plus, men tend to like baseball.

The problem is that baseball comes with a lot of terminology. And while most of us probably think we know what first, second and third base are, where to draw the line between them isn't nearly as simple as it sounds. This comic from XKCD attempts to clarify things ... or not. Either way, it gave us a laugh. 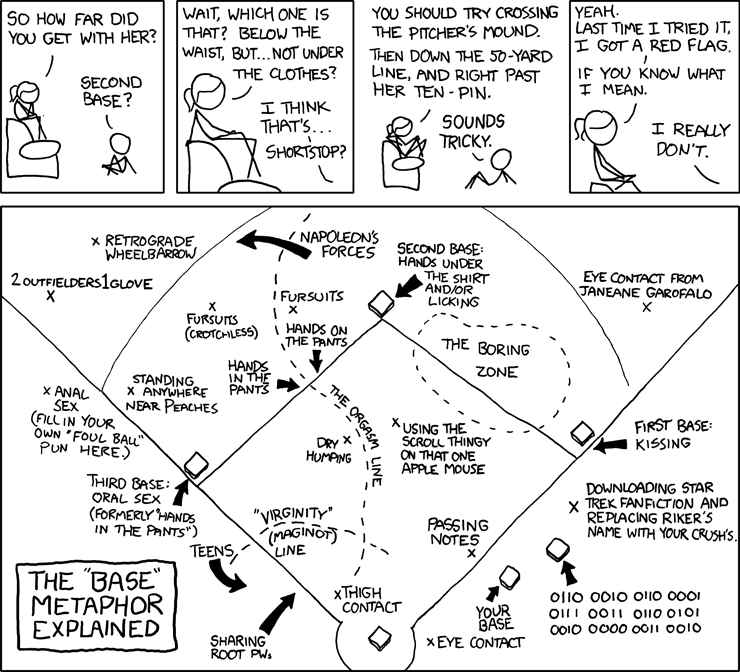