8 Myths About STIs - And the Truth Behind Them

Reviewed by Dr. Sunny Rodgers
on January 18, 2023
STIs are a part of life: We touch bodies; we pass things around. But testing regularly, talking to your partners about testing, staying educated and finding the right medical provider can help you protect your sexual health.
Table of Contents

Concerns around sexually transmitted infections (STIs) are part of having a sex life.

They're certainly not the most fun part of having a sex life -- but when you have the facts, you can feel empowered to manage STI risk.

Due to the cultural taboo around sex, there is much misinformation about STIs. And the more you know, the better you can be proactive in minimizing your risk, protecting yourself and your partners, and having the most fulfilling sex life you can.

So, here are eight common myths about STIs and the truth behind them:

Myth 1: You Would Know if You Had an STI

Reality: Many people think if they don’t have symptoms, there is nothing to be concerned about. But nope -- it is possible to have an STI and not have symptoms. The only way to know for sure is to test.

READ: STI Testing: A Breakdown of Tests You Can Take at Home.

When symptoms are present, they can vary widely. For example, a symptom of chlamydia could be burning with urination. For gonorrhea, it could be a discharge from the genitals. A new HIV or HSV infection could cause symptoms that look like the flu.

If you’re wondering if you might have contracted an STI, the best thing to do is see a medical provider and get tested. Do not try to self-diagnose.

Myth 2: You Can Tell if Someone Has an STI by Looking

Reality: Having an STI has nothing to do with looking "clean" or "dirty." While some STIs can cause visible symptoms -- such as a herpes outbreak, genital warts or a chancre/chancroid caused by syphilis -- in many cases, there is nothing to see.

Also, this idea of someone looking “clean” or “dirty” adds to the stigma around STIs. We touch bodies; we pass things around. It’s as simple as that. People without STIs aren't "clean," and people with them aren't "dirty." There's no need to attach notions around morality.

Myth 3: An STI That is Not Curable Means Your Sex Life is Over

Reality: There is no cure for certain STIs, such as herpes and HIV, but living with an STI doesn’t have to mean the end of your sex life.

"U=U," a term used by some professionals with regard to STIs, means "undetectable is untransmittable." This refers to when someone living with HIV has an undetectable (i.e., very low) viral load of HIV in their system. In this case, they are not able to pass it on to a sex partner. And if the HIV-negative partner is on pre-exposure prophylaxis (PrEP) for HIV prevention, then it's even less likely they will contract HIV. Condoms also work well to prevent HIV transmission.

For herpes, if the person with herpes is on anti-viral medicine, they are less likely to pass it on. Also, people with herpes are not always contagious. They are most likely to pass on an infection during an outbreak. Although it is not impossible to pass herpes without an active outbreak, it is less common.

If you are HIV positive or get herpes outbreaks, let partners know your status before being sexually active and negotiate the safest way to proceed together.

READ: Give a Dam: Your Guide to Oral Sex Protection.

If you are going to get tested and you have given oral sex, ask your provider for a throat swab for chlamydia and gonorrhea. Other STIs can be passed with oral sex as well, including syphilis and herpes. The only STI that is almost impossible to transmit with oral sex is HIV.

Myth 5: If You Have Sex With Someone Who Has an STI, You Will Definitely Become Infected

Reality: It is possible to have sex with someone who has an STI and not get it. But if a current or recent partner tells you they have something, take it seriously.

Perspectives
The Zika Virus and Your Sex Life: What You Need to Know
by CHRISTINA VANVUREN

Myth 6: It Takes Lots of Sex to Get an STI

Reality: All it takes is exposure to the STI. This can happen in one event.

There are various factors that go into how likely it is that someone will contract or pass on an STI -- but we often don’t have a way of knowing this ahead of time. For example, people with HIV are most infectious when they are first infected and their viral load is highest. They often don’t know they have it and therefore are not on HIV medicine.

READ: I am interested in dating someone who is HIV-positive, but I am HIV-negative. Can I do this safely?

Also, if someone has an infection in their genitals or rectal area, they are more susceptible to getting a secondary infection.

Myth 7: All STIs can be Tested at a Lab With a Blood or Urine Sample

Routine STI screening by the Centers for Disease Control and Prevention (CDC) includes HIV, syphilis, chlamydia and gonorrhea. These can all be tested in a lab setting with blood/urine samples and throat/rectal swabs. Chlamydia and gonorrhea are also often tested with cervical swabs in a provider visit. Some places may offer vaginal self-swabbing as well.

There are other STIs, such as human papillomavirus (HPV), herpes simplex virus (HSV) and trichomoniasis, for which medical providers must test and diagnose you clinically (meaning a provider makes a diagnosis based on a physical exam). HSV, for example, can be diagnosed via a blood test which looks for HSV antibodies -- not the virus itself. This could be done in a lab, but it is not done routinely. It is sometimes used to confirm a herpes diagnosis if an outbreak occurred but wasn’t tested. But the blood test is not considered a reliable test as far as making a herpes diagnosis. Herpes is generally diagnosed when there is an active outbreak and the sore(s) themselves can be tested for the virus.

Reality: Condoms work great at preventing STIs such as HIV, chlamydia and gonorrhea when having sex with a penis, as these STIs are passed with fluids and condoms prevent the fluid from getting in the body.

Yet, STIs such as herpes and HPV, which can lead to genital warts, are passed via skin-to-skin contact. Condoms can provide some protection against these STIs -- but not quite as much, as an infection can be in an area not covered by a condom and bodies may touch before and after condoms are used for intercourse.

That said, don't nix condoms altogether -- it is still a great idea to use condoms correctly and consistently as they do provide a great reduction in STI transmission.

Conclusion: Be proactive. Be prepared.

STIs are part of life. There is much one can do to reduce risk and minimize stress around them. The number one thing? Talk to partners about testing. If you have recently tested, that’s a great time to let a partner or potential partner know and ask about their testing history.

Another important safety measure is staying educated. The CDC website is a good place to start, with up-to-date information about all sorts of STIs. Finally, find a medical provider who understands your testing needs and works with you to address your sexual health concerns without judgment.

READ: How to Tell Your Doctor You're Kinky.

Perspectives
The Zika Virus and Your Sex Life: What You Need to Know
by CHRISTINA VANVUREN 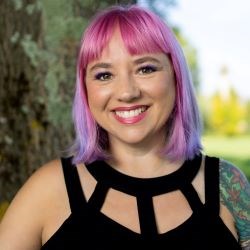