7 Things I Wish I'd Learned in Sex Ed

by ROSWELL IVORY
Published: JUNE 13, 2017
From the crimson wave to consent, here are the important topics that are often (unfortunately) left off the sex ed curriculum.

When I was five, I asked my mother what sex was. She cunningly replied, "Your sex is female."

I didn’t think any more about it until I began participating in the almost-compulsory sex education classes in school. I say almost as, living in England, attendance is strongly recommended but not mandatory.

In these classes, we covered the basic mechanics of baby-making, which most of us already knew (thank you mom and your "facts of life" book!), and were sent on our merry way. I had already begun having sex by the time we covered contraception and the classic STI talk. At 16, most of us had already looked "down there" with a mirror and faked our first orgasm.

But despite England's fair reputation for comprehensive sex ed, a teacher friend recently told me that she had to convince her class full of 14-year-olds that bisexuality actually existed. Somewhere, somehow, things have gone a bit wrong with sex ed. Here are seven things we didn't learn about in sex ed ... but should have:

Coca-Cola Is Not a Contraceptive

My sex education began in the biology classroom, where we learned how species procreate. It was only later, when many of us were already sexually active and some of my grade was already pregnant, that we learned how to prevent pregnancy

In the lesson we were given, the myths and stories surrounding the facts were summed up in a single sentence: "Coca-Cola is not a contraceptive and neither is pulling out."

"But isn’t Coca-Cola the best thing to drink when you’re sick?," we students wondered (of course it isn't that either). "If all that added stuff kills anything yucky, surely that includes sperm?" Nobody explained that it takes a lot more than bubbles to kill a sperm cell, and so the urban legend remains.

When facts like this don’t get discussed and everyone is too nervous to ask, the myths become more compelling than the facts. This is why I still meet people who think that pulling out is a viable form of contraception.

(Get the scoop on more misconceptions with our article 12 Myths About Sex).

I don’t know what the boys learned in their sex education classes when we were separated, but whoever taught them definitely didn’t cover enough of the female body! I realized this when I mentioned vaginal discharge to a well-educated boyfriend in his 30s and he had no idea what I was talking about. (It’s the white stuff in girls’ knickers. It cleans the vagina, and changes in its smell or consistency can indicate an STI or illness.)

Similarly, I didn’t know that pre-cum (or, technically speaking, pre-ejaculate) existed until I became sexually active. These important things just weren’t covered when I was at school - perhaps because they seem to have little to do with pregnancy. In fact, they're just the sort of topics that should definitely be on the curriculum.

Growing up, I knew girls who were convinced that when they started their period it would never stop and they’d bleed forever! A work colleague once mentioned to me that until his late 20s, he thought a pack of twelve tampons lasted a year! (After all, women only get one period every month, right?)

In sex ed, we discussed periods in a biological sense, but it would have been helpful to have had a how-to, or at least a run-down of the basics - nine-year-old minds work in strange ways! I don’t think we even touched on severe PMS or indeed any of the hormonal side-effects that accompany menstruation.

I first learned the word "gay" when I asked my mom what was different about my very flamboyant hairdresser, but homo/bisexuality was never discussed in detail at my school. Considering about 10 percent of any given population - including the animal kingdom - is gay, why on earth wouldn't we learn about it?
Advertisement
Article Continued Below

On more than one occasion I have explained to others, through gritted teeth, that bisexuality is not a modern invention. I have also often encountered the illogical and very odd assumption that as a bisexual woman I must be attracted to everybody!

Asexuality is an additional topic that doesn't get covered enough. While most of us consider sex to be an integral part of life, it's important to remember that some people may have no sexual feelings at all and may identify as asexual. Many people also do not know the difference between transgender and transsexual. The fact that sexuality is fluid and subject to change is another thing I wish I had learned early on.

When I asked a selection of friends and strangers what they wished they had learned about in sex education class, the overwhelming response was consent.

We may have been taught to say no to peer pressure in school, but we were never taught about the importance of consent in sexual interactions. Part of the problem is perception. Rapists often get portrayed as dark strangers lurking in alleys, but more often they are less conspicuous than that. Pushing a girlfriend into sex when she is clearly uncomfortable or looking for an extremely drunk woman to take home are both predatory actions, yet unfortunately are not viewed as rape in many cases. It should be made clear from a young age that a drunk person cannot properly provide consent, and that no means no under any circumstances.

Advice about what to do if rape occurs should be more readily available as well. These days, people still seem uncomfortable with even saying the word "rape." Schools could get a professional in to talk about it, or bring in a police worker if needed, but it's time consent was addressed.

(Take a look at our article, 10 Myths About Rape/Sexual Violence, to get the facts straight).

Waiting for the Fireworks

Virginity. I know some people who clung to it, waiting to bestow it like a precious gift upon a worthy recipient. I know some who flung it away as quickly as possible and all but washed their hands afterward. I don't know very many people who are still in a relationship with the person they lost their virginity to - once you’ve been sexually active for a few years, your first experience rarely crosses your mind. I didn’t wake up the morning after my first time feeling fundamentally changed. In fact, reading "1984" had a bigger and more lasting impact than my first sexual experience. High school movies portray losing one's virginity as the be-all and end-all of a teenager's life, but in reality it's what you make of it.

When and how you decide to start having sex is your own personal decision, and like all personal decisions, it is easier made when you feel prepared and informed. Having access to a wide range of information is important for those who are just beginning to explore sex. This is why up-to-date, thorough sex ed is so important.

Here's hoping our future educators can get it right! 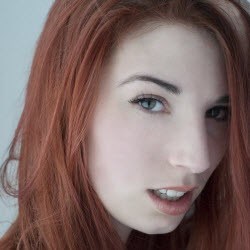