This week, we honor Maya Angelou, end HIV stigma, look at our vaginas and turn a snake bite kit into a sex toy. Whew, I’m exhausted already! Here we go.

We Are All HIV Equal

I love the new HIV equal campaign, and not just because it features my favorite drag queen Bianca del Rio. It aims to end the stigma against HIV and promote testing. The camera crews show up to testing sites and takes photos of people with "HIV =" on them. According to the campaign, we all have a status, and whether it's positive or negative. The visuals are great, so go check out the site.

Have You Seen Your Vagina Lately?

A man recently put an ad on Craigslist asking for women who had never seen their vaginas. He then video-taped their reactions to seeing their vaginas for the first time. The results appear in his YouTube video. Prepare to get emotional.

Condoms have been getting better over the years, but this futuristic condom covers just the tip of a penis, promising more pleasure for wearers. But, while it may prevent pregnancy, it’s not the best option for keeping sexually transmitted diseases out. Also, it’s called The Galactic Cap ... so there’s that.

I wrote a piece on Nerve.com asking why most television programs often show oral sex as the only way lesbians have sex. It's an excellent question, but even if you’re not interested in the topic, the gifs of girls going down on each other are well worth seeing.

Snake Bite Kit Can Be a Sex Toy!

This is exciting to me because I live in rattle snake territory and usually have a snake bite kit around. Also, my Subaru and I live at REI, so I’ve always got access to new ones. And ... as it turns out, these handy kits aren't just for snake bites. Find out how to used one as a sex toy in this post by a guest comic on Oh Joy Sex Toy.

I wept for hours in my partner’s arms when I heard the news of Maya Angelou. After spending the day writing poetry - the best way I knew how to honor her life - I researched this woman who changed my life so profoundly and found out that she used to be a sex worker. And she spoke of it openly. Turns out, we had more in common than I thought. The world will greatly miss such a wonderful being. 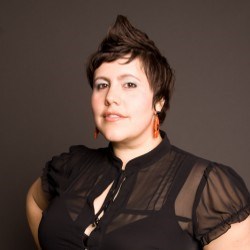