We Answer 9 'Fifty Shades' Questions Before the Movie Release

What are those metal balls everyone keeps talking about?

In "Fifty Shades of Grey," Anastasia wears metal balls to a charity event, then receives a spanking from Christian. These became hugely popular after the release of the book. So, what gives? These little metal balls are most commonly known as Ben Wa Balls. They have a long list of other names - like love balls, geisha balls and Kegel balls - but they're essentially all the same thing. These small (about 3/4 of an inch to one-inch in diameter), round weighted balls are designed to be inserted into the vagina, either for pleasure or to strengthen the Kegel muscles. And, while while wearing the balls can produce some arousing sensations, stronger Kegel muscles can contribute to bigger, better orgasms over time.

Ben Wa balls can be worn for minutes, hours or the whole day (it's up to you). One thing to keep in mind, though: If you're wearing them for stimulation, make sure that you'll be able to remove them if the sensation becomes too intense.

Can a woman orgasm from nipple stimulation alone?

Yes ladies, it is possible. It is referred to as a nipple orgasm - how original! It takes a bit of work on your partner's end, but it can be pretty mind blowing. In "Fifty Shades of Grey," the heroine, Anastasia, experiences a nipple orgasm as the second orgasm of her life. I'd have to say this isn't likely without more practice. That said, when it comes to sex, practice is pretty fun too! (Keep in mind that this kind of orgasm is nearly impossible for a man, and if you try it, it's likely to lead to discomfort rather than pleasure because men's nipples are more sensitive.)

Does the world of dominants, submissives and sex contracts actually exist?

Can having intercourse with a full bladder result in a better orgasm?

This worked for Anastasia and it could work for you, as long as your bladder isn't too full, or you could have a mess to clean up ("golden shower" anyone?). The urge to urinate can sometimes cause stronger and more frequent orgasms in women because a full bladder can push on the G-spot. Hey, it can't hurt to give it a try!

Does Christian's trademark of circling his fingers inside Anastasia's vagina actually work?

In the first book of the "Fifty Shades of Grey" trilogy, Christian refers to wanting a "TPE relationship". TPE stands for total power exchange, and you probably shouldn't agree to be in this type of relationship unless you fully understand what it entails. A TPE relationship most commonly exists in a long-term dominant and submissive relationship, where the submissive agrees to give the dominant complete control, hence the "total" part of the equation. The dominant may control the submissive, but in return is completely responsible for the submissive's well-being. Some refer to it as consensual slavery. (Check out Power Play: How to Use Power to Make Even Mundane Things Super Sexy.)

Can a person really have that many orgasms in one day?

In "Fifty Shades," Christian and Ana have mind-blowing sex, well, pretty much constantly - although they do pause for a meal now and then. Can two people really enjoy each other that much? The answer is that it's possible, but not very likely. The female world record holder for most orgasms in a day is Deanna Webb at 226, but while most women are capable of multiplying the pleasure, most lose interest long before this point and get on with their day. So is it possible to have intercourse and orgasms, say, four to six times a day for weeks on end like Anastasia Steele? Yes, technically the body can do this. Feel free to test yourself if you have that kind of energy!

Can sex in a bathtub really be as good as described in the book?

Well, you are dealing with a few additional factors when having sex in the bathtub - tub fixtures, a very hard slippery surface and water that is constantly washing away a woman's natural lubrication. Plus, condoms can't be used for underwater play because they just don't stay put. Never say never, but I think the hot steamy bathtub sex in "Fifty Shades" is just plain fiction. However, in the foreplay department, a hot bath certainly ranks way up there. 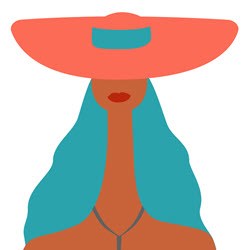 Alayna Kelly
Alayna is a freelance writer who loves adventures and trying new things with her husband. Her goal is to write articles that give people the answers they are looking for allowing them to feel more confident in their sexual wellbeing.
Full Bio
In The Kinkly Shop
Visit The Kinkly Shop