Sexual harassment is an umbrella term that covers all non-consensual actions that pertain to sex and sexuality, including disparaging comments or actions about one’s gender or sexual orientation. Sexual harassment is any unwelcome sexual advance, request for sexual favors, and physical or verbal conduct of a sexual nature. Sexual harassment is a violation of a person’s civil rights, whereas rape and sexual assault are considered violations of the criminal code. (For more on the importance of consent, check out Yes! Why Consent is Totally Sexy)

Sexual harassment doesn’t just occur at work. It also happens in places of education, school housing and academic public services. A report from 2004 estimated that nearly 80 percent of students in secondary schools experience sexual harassment. In fact, it is so common that people accept sexual harassment as being a component of normal life, thus reducing its serious nature.

When they witness harassment, bystanders may in turn feel harassed by the remarks or comments they overhear. What appears to affect just one person actually involves a larger group of co-workers or peers and can create a hostile environment for everyone. Plus, if one person is being harassed, it's likely that others in the same setting are experiencing similar types of harassment.

Sexual harassment isn’t funny. It is a real issue that can instill intense feelings of fear, anger and helplessness in its victims and create many initial and ongoing problems for those who experience it. It is a serious matter that takes bravery to address. No matter how common, a hostile environment should never be dismissed with the statement, "that’s just the way it is."

In fact, victims of harassment often try very hard to avoid reacting at all. They may attempt to ignore or deny the fact that they are experiencing harassment and even assume responsibility for the behavior in an attempt to understand why it is happening to them. They may find these strategies favorable to confronting their harasser. Unfortunately, sexual harassment can often get worse when it's ignored. If the situation becomes elevated, it is important that the victim extricate themselves from the environment and report their harasser’s actions. (Have you survived sexual trauma? Read Sex After Sexual Assault: How to Find Joy After Trauma.)


Validated by the Legal System

As with any sexual abuse situation, the conclusions drawn within criminal or civil cases are made based on evidence and can result in a wide range of outcomes. While legal decisions are often beneficial to the victim, the legal process and questioning can be very difficult. It is important to remember that the victim has experienced something real and hurtful, and that people rarely lie about the sexual crimes done to them. It takes much more courage to report a sexual crime than it does to report many other types of crime.


Always Realized by the Harasser

Sometimes harassers don’t realize that they are affecting others. One of the defining features of harassment is that it is "in the eyes of the beholder," and only the victim can say if they feel they are being harassed. Some people’s failure to realize their actions are harming others doesn’t make those actions OK. If the harasser doesn’t stop after being reprimanded and educated about their behavior, further measures, including legal action, should be taken.

The lines between sexual harassment and sexual assault are often blurry or non existent. For further information, read 10 Myths About Rape/Sexual Violence. 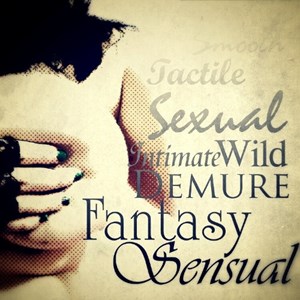