Is Casual Sex Right for You? 9 Questions That'll Help You Figure It Out

Casual sex, sex without much emotional attachment or romantic commitment, is often presented as black or white. People either love it or hate it. They either see it as harmless fun to be engaged in whenever they (or anyone else) feel like it, or as so damaging to their health that it must be avoided at all costs.

So which one is it?

As most things in psychology, it’s just not that simple. I'm a sex researcher, and much of my research has centered on casual sex. What the research shows is that casual sex isn't harmful or beneficial: it's both. And it all depends on what kind of a person you are (and also on how you do it, but more on that next time). Due to both nature and nurture, people vary in several personal characteristics that research suggests could determine whether they get harmed by or benefit from frequent hook ups.

So, are you the kind of person who could be having casual sex with different partners without negative consequences? Here are nine questions to help you figure it out.

So, Is Casual Sex Right for You?

Depending on where you stand on these nine personal characteristics, you may or may not be well positioned to get all the benefits of casual sex with none of the bad consequences. That doesn’t mean you should never hook up if you happen to be on the "wrong" end of the spectrum on some (or even most) of these; it just means it will be harder for you to stay healthy and happy when hooking up, especially if you do it a lot.

Fortunately, you’re not necessarily stuck at that spot for life. Many of these traits can be worked on, at least to some degree. And one way to do that is to have more sex in general, and more casual sex in particular. Research shows that the more (casual) sex you have, the more able you become at handling many of the above issues: stigma, attachment, guilt, assertiveness, orgasmic ability. You know what they say, practice makes perfect.

The bottom line: Know thyself. And then, honor thyself.

Perspectives
Sex and Online Dating - How Soon Is Too Soon?
by WALKER THORNTON
Advertisement
Have Better Sex!

Perspectives
Sex and Online Dating - How Soon Is Too Soon?
by WALKER THORNTON 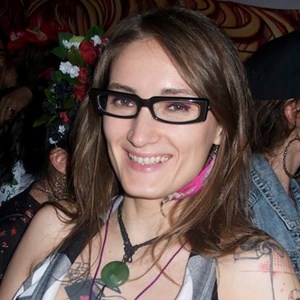 Zhana Vrangalova
Zhana Vrangalova, PhD, is a NYC-based sex researcher who studies casual sex, nonmonogamy, and sexual orientation. She teaches Human Sexuality at New York University, blogs about the science of hookups for Psychology Today, and tweets daily about new sex research. She is also the creator of The Casual Sex Project, a place for people to share their hookup stories. Stay in touch by signing up for Dr. Zhana’s monthly newsletter.