by KATE MCCOMBS
Published: JUNE 10, 2016 | Updated: AUGUST 20, 2021 09:57:40
For many people, sexuality is surrounded by confusion, misinformation and suffering. Talking about sex in an educational, meaningful way can elicit clarity, understanding and even joy. Any questions?

Why is it important to talk about sex?

When I talk about my job, I often frame it around "creating opportunities for people to talk about sex." The reasons why people need to talk about sex seem obvious to me, but recently when someone asked me why I thought it was important, it took me a second to answer. To me, it was a bit like asking a fish to explain water. Sometimes when we’re totally surrounded by something, it can be difficult to explain it. But I realized there was an opportunity there, so I asked some of my favorite sex geeks why they think it’s so important to talk about sex. Here are the eight reasons they gave for why we should all be talking about sex way more often. (Communication is a big part of being more sex positive. Find out what else it takes in 5 Ways to Become More Sex Positive - and Have Better Sex!)

Because There's Nothing Wrong With You/Your Desires

Most sex educators I know say that the No.1 question they get from people is some variation of the same worry: "Am I normal?" These questioners often want reassurance that they aren’t "freaks."

JoEllen Notte, AKA The Redhead Bedhead, says that "when we don't talk about it, people function in a vacuum and end up feeling like they are the ONLY ONE having whatever experience they are having. That "am I normal/broken?" thing is huge."

To Have Better Sex

One of the most basic reasons we talk about sex is, as sex therapist Jay Blevins says, "to help us have great sex!" How are we to get educated if we don’t talk about it? Sexual interest may be hardwired into our biology, but proficiency is not. We must ask, listen and learn in order to create the sex lives we desire.

"So many issues with sexual performance, expression and enjoyment are driven by shame, guilt, fear and anxiety," Blevins says. "Bringing sex into the light of day shows it is something wonderful and important. Not something to keep hidden away and suppressed."

To Learn to Communicate With Partners

The ability to communicate about sex is pivotal. Sex educator Louise Bourchier stresses that it’s important, "to get better at saying the words out loud. So often it's a novel and embarrassing experience to say sex words, and practice helps," Bourchier says.

To Shake Off Stigma and Shame

Sex educator Linda Kirkman says she has conversations about sex "to normalize talking about sex and sexuality, to reduce stigma, and to promote good health and happiness." Silence can breed stigma, shame, and anxiety; therefore, talking about sex can help alleviate all that heaviness.

Because Someone Needs to Talk About It

As a sex educator, I’ve often been on the receiving end of questions that have been brewing for years, often because people were either afraid to discuss them or because they had no one in their lives to whom they could turn with those questions. Whether you're a sex educator or not, if you're open and honest about sex, chances are you could be that person for someone else.

Sexual health consultant Francisco Ramirez says, "Implicit and explicit messages about sex ricochet all around us constantly. We hear, and internalize, many messages about human sexuality, from the time we are pre-pubescent to the time we are grown adults. The truth is, however, that many of these beliefs don’t work for us and never have. Unquestioned, these messages lead to the assumptions that we make about another’s sexuality and that others make about our sexuality."

Because We All Need Accurate Information

Talking about sex can have large implications. Ramirez explains: "Talking about sex … is both a revolutionary and necessary act. Doing so not only allows us to communicate our sexual turn-ons, desires, and boundaries, but it also allows us to eclipse and undo whatever assumptions we, and our partners, have."

Reproductive health specialist Gareth Durrant agrees. "I think talking about sex is an important political statement … I'm loud and proud about sex when others aren't ready to be."

This is what I call being a "beacon of permission." By sending the message to others that we are safe, nonjudgmental people with whom to have these discussions, we are communicating that others have permission to ask, listen and learn too. Kirkman refers to this as a "community of practice," highlighting that there’s a larger mission to what we are promoting, rather than some eyebrow-raising titillation.

Durrant elaborates, "When I put myself out there and talk about sex publicly, it both normalizes and legitimizes sex. But the best stuff is the quiet work that goes on after. I'm the one that people text when they have missed a period … or Facebook message for advice when their young nephew is about to come out to his conservative parents."

So, what does talking about sex really mean?

Some clear themes emerge from these responses. First, sex educators encounter a great deal of confusion, misinformation and suffering around sexuality. But we've also seen how talking about sex (in an educational, meaningful way) can elicit clarity, understanding and even joy.

Most of us want to do work that makes the world a better place and we want to work toward that end in a way that leverages our strengths. For beacons of permission like us, one of those key strengths is helping people feel comfortable talking about things they might not otherwise discuss and shedding light on taboo topics.

But it doesn't really matter if you're a professional sex educator or just a trusted friend. Anyone can talk about sex, and you can make a real difference in people’s lives by having these meaningful conversations. Getting clear about why these conversations are important is a valuable first step.

Sexual Health
How I Discovered That Sex Isn't A Vice - It's A Liberation
by AMY ROBERTS
Advertisement
Have Better Sex! 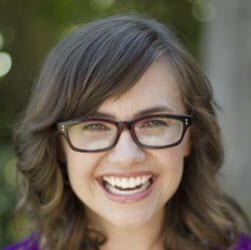 Kate McCombs, MPH is a sex educator and writer, specializing in pleasure-inclusive approaches to health and well-being. She's also the founder of Sex Geekdom, a global community for sex educators, researchers, and other sex geeky folks.