The Zika Virus and Your Sex Life: What You Need to Know

by CHRISTINA VANVUREN
Published: OCTOBER 11, 2016
The bottom line? Practice safer sex. Always. That hasn't changed with the Zika virus, but it's a good reminder.

It's safe to say that most of us know that the media sensationalizes things. Remember Ebola? So, naturally, when a virus comes along that is mostly found in other countries, it's easy for Americans to take a concerned but detached approach - it doesn't seem like something that could happen to us, to me, to someone I know.

The Zika virus is no exception. The majority of reports of infection have been in Central and South America, so it's easy to think that unless you travel to these regions, you won't be affected. This couldn't be further from the truth. In fact, there are confirmed cases of Zika virus all over the United States. So, why are we talking about it here? Sexual transmission is one of the ways that this virus spreads. In the interest of sexual health, Zika is something we need to be talking about.

Here's what you need to know.

What is the Zika virus?

The Zika virus is a mosquito-borne flavivirus that was first found in monkeys in Uganda in 1947. In 1952, it was found in humans in both Uganda and Micronesia. Since then, outbreaks have been reported all over Africa, the Americas, Asia and the Pacific. It's typically transmitted to people through the bite of an infected Aedes mosquito, the same mosquito that transmits dengue and yellow fever. Zika virus is also transmitted through sexual intercourse.

Symptoms of the Zika Virus

The time between infection and symptoms is unclear, but is thought to be only a few days. Although many people will have either mild or no symptoms, the signs to watch out for are similar to those that accompany dengue and yellow fever.

Most symptoms are flu-like in nature and can be treated. However, the Zika virus has also been linked to Guillain-Barré syndrome, a disorder that causes the immune system to attack parts of the peripheral nervous system, causing paralysis and, in rare cases, death.

The Facts About Sexual Transmission

One of the reasons that sexual transmission is of such high concern when it comes to the Zika virus is that women who are or become pregnant and are infected can transfer the virus to their unborn child. This poses a serious risk because there is a sustained link between the virus and birth defects. The most common birth defect associated with Zika is microcephaly, a condition in which a baby's brain fails to fully develop, leading it to be born with an undersized head. This birth defect is life long and causes intellectual and developmental delays.

How to Prevent the Sexual Transmission of Zika Virus

According to the CDC, thousands of pregnant women have been infected in the United States and U.S. territories. Most cases occur as a result of male-to-female or male-to-male transmission. That said, preventing the sexual transmission of Zika is an important consideration for all women who are pregnant or plan on becoming pregnant.

People who have traveled to regions where Zika is active are advised to wear condoms during intercourse for between eight weeks and six months. If you are pregnant or if your partner is pregnant, it's best to wear a condom for the duration of the pregnancy if you have recently visited areas where Zika is a threat. The CDC also recommends that pregnant women who have traveled to these regions get tested for the virus.

What to Do If You Think You've Been Exposed

Diagnosis of the Zika virus depends on a few factors, including travel history, symptoms, and test results. If you have traveled to regions where the Zika virus has been reported or you show symptoms, you can have a blood or urine test done by your doctor. While there is no specific treatment for the ZIka virus, you can treat symptoms by:

The long-term effects of Zika virus on adults vary and are not completely understood. However, if you suspect that you have been exposed or infected, it's vital that you practice safe sex to avoid spreading of the virus to others. Your doctor can advise you when it's safe to stop using condoms with your partner and can recommend additional treatment.

The bottom line? Practice safer sex. Always. That hasn't changed with the Zika virus, but it's a good reminder. 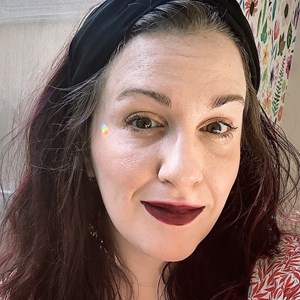 Christina has worked with dozens of digital femtech, sextech, and healthtech brands to create impactful and inclusive content and marketing strategies.