Were your expert self-pleasure skills honed during your adolescence, when you begged mom to let you stay home sick, or managed to sneak in 10 glorious minutes alone before the family came busting through the door? Not all of us could figure out the five-finger tango by age 15, and there certainly isn't a shred of shame in that. Some gals just needed a little battery-powered inspiration. In memory of all those raging teenage hormones, dig as far back into your metaphorical underwear drawer as you can reach. If you were lucky, you had a classic sex toy or two, instead of an old, forgotten electric toothbrush. And hurry up, because you probably won't have the house to yourself all night! Want to take a walk down memory lane? Here are a few classic vibes that might give you a blast from your past. Often imitated, constantly duplicated, and masterfully improved upon over the years, The Original Rabbit Habit started it all. I literally mean "it all.” The world's most well-known (and, let's face it, adorable) dual stimulator is responsible for opening the floodgates to the popularity of sex toys, no thanks to an episode of Sex and the City.

If you managed to get your hands on one of these babies before your Junior year of high school, you were the envy of every girl squad on the block. Vibratex takes credit for the version of The Rabbit that pops into our heads first. However, there is scarcely a toy company that hasn't created its own version hundreds of times over since that fateful episode of Sex and the City aired. If you're craving a teenage flashback, check out all the varieties available now. (And read 5 Reasons Why Rabbit Vibrators Are Still Popular.) Small and perfectly sneaky, the Pocket Rocket was the ultimate vibe for quickly stashing under your pillow before mom walked in the door from work. It helped many an adolescent girl develop the ability to sense the family mini van coming from miles away; the Rocket was and is a notoriously loud vibrator. This little powerhouse vibe was strictly for those glorious afternoons when you had the house to yourself. Like every classic, The Pocket Rocket's design has been tackled by just about every toy manufacturer, but it's hard to improve upon something so wonderfully simple. Kick it old-school with the iRocket, Doc Johnson's sleek update of the original, battery-powered version, which gives you an excellent bang for your buck. For those that require the luxury of a grown-ass woman, Crave offers several vibes with similar stature and function. The Crave Solo or Wink are just as stealthy and waterproof as the original, but these lovelies are high-quality metal and silicone. Nabbing a vibrator kit at the local novelty shop without getting carded at the cash register was like hitting the teen jackpot. Who needs truth-or-dare to jump-start your sexual exploration? These kits, although rarely of superior quality, provided all the necessary tools to get in touch with your blooming body. Some kits centered around a bullet vibe, while others used a slim smoothie or Pocket Rocket as the base toy. Usually included were variations on ribbed sleeves, rabbit-shaped ticklers, and interchangeable tops with all kinds of fun textures. Sometimes you'd wind up with hilarious, miniature excuses for plastic body parts, like a poorly-sculpted hand with a set of curved fingers to fit atop your bullet. This wonderland of orgasms was the most difficult to hide because of all the parts, but it was so worth it.. Kits rarely live up to the quality of your current adult toy collection, but they're cheap and fun, and that's all you need to relive those balmy teenage nights. This Adam & Eve Complete Lover's Kit includes a few sexy extras. 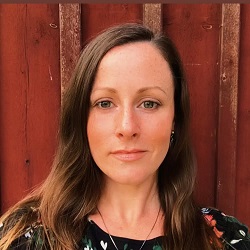