Scoring and Soaring: 3 Tips for Joining the Mile-High Club

The mile-high club is one of those very sexy and extremely risqué playdates that can pay off in spades and really give you one hell of a status update to tweet out. And if you’re that good, you’ve thought ahead and booked those golden tickets aboard a flight with the on-board Wi-Fi.

Now, as rewarding as any kind of risky sex can be (assuming that's what you're into), as far as sex in public goes, there’s always equal opportunity for the whole experience to unravel and fail miserably. Plane sex needs to be well orchestrated and requires forethought and planning. Use these top tips to get your mile-high exploits off the ground.

Think Ahead and Choose the Right Flight

If you were thinking of squeezing in a quickie on your next low-cost charter fligh, think again. Sex on board a shitty little short-haul is never going to happen for the following reasons:

If you want a mile-high experience, catch an ultra-long-haul flight instead. They tend to have more lavatories than you'll know what to do with. This way you’re not going to be bothered by those pesky fellow passengers and the empty stalls will be yours for the picking. The back most stall on the 747-400 is huge and largely empty on a night flight. It’s worth thinking about.

Don't Get Busted By the Cabin Crew

The longer the flight, the more efficient the cabin crew will be at getting their jobs done and getting out of the way so that they too can “sit back and enjoy the flight.”

That would explain why the dinner service always seems to be in the first hour of a 14 hour flight. Together with copious booze and an almost immediately overheated cabin shortly thereafter should be enough to put nearly every one of your fellow passengers to sleep. Sleeping passengers means most of your - and your flight attendants' - problems are gone.

Now, if you play your cards right, all of this is a good thing for the particular kind of endeavor you’re setting out on. The less the cabin crew (and those passengers) are bothered with your very existence, the easier it will be to get away. As a general observation, the flighties like to crowd around at both the pointy as well as the ass end of the plane. This leaves you several options in between the cabins to choose from.

Take turns entering your new play area. Avoid crowding into the bathroom together, as well as leaving your seats at the same time. Play it smart by attracting the least amount of attention possible. After scouring the available area, decide which particular door you’re going to be hiding behind and agree on a number of times you’re going to knock, before your No.1 opens the door just enough for you to slide in.The same goes for exiting afterwards. Don’t both run out at the same time, fist pumping enthusiastically in a moment of post-orgasm bliss.

And, most importantly, be as nice as pie or, better yet, invisible to that seemingly friendly cabin crew. Don’t mistake their warmth for any desire to serve you up any special treatment. Behind that friendly mask lies an even greater desire to bust the likes of passengers like you for the very thing that you’re setting out to do. If they don’t recognize that you exist, there is less of a chance that they will come looking for you.

Now that you've finally managed to successfully cram you and your playmate of choice into the airplane bathroom, it's time to have smart sex.

Most importantly, you’re in a cramped space with limited room to move, don’t get too ambitious and think of the location friendly positions that will work best with the space you’ve got to work with. We hope you enjoy your flight - and your membership to the mile-high club. 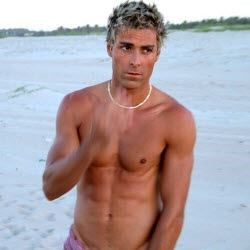 Kaleb Cove
SEX is such a simple three letter word. So why does everyone make it so complicated? Sutra aims to draw on the basic notion of sex being just another crucial part of a total sum of what makes up a healthy and happy individual.

Sutra is all about educating and helping to establish a positive sexual identity (PSI). Because a PSI contributes to a great sex life, and life’s too short not to make sure that every last playdate is a good one!I’m Kaleb and this is MY Sutra!
Full Bio
Advertisement