Why Not Thinking About Transgender Issues Is a Form of Discrimination

We all like to think we’re good people. Maybe we are, but the truth is often that we still have plenty to learn - and that's OK. But not having anyone to point out our missteps doesn’t absolve us of the responsibility to get things right. It’s our own job to be aware. Prejudice is a sneaky thing, and our culture encourages it.

Right now, there are people fighting over which bathrooms, changing rooms, and so on that transgender folks ought to be allowed into. Can you imagine? I mean, whenever I go into a restroom, my only interest is in taking care of business. The bathroom isn’t, like, a cool place to hang out, or anything. I have to assume that most trans folks who find their way into a stall are there for the same reason: get in, get done, and get out.

Of course, I didn’t always think that way. It’s not like I stood outside with a sign and a judgmental look, watching for perceived weirdos, like some transphobes; I’ve never thought that trans people - whether cis-“passing” or not, with or without dysphoria, were hurting anyone. And that’s the problem, really. You see, until the last few years or so, I just … never thought of trans people. At all.

There are forces at work, right now, trying to convince the public that trans women, for instance, are effectively “men in disguise.” That they're going to infiltrate women’s restrooms in order to perv on them. This misses a key point in the whole discussion: trans women aren’t men. They’re women.

I could write a thesis on the irony of cis men portraying trans women as predators, but that’s a different topic. The thing is, transphobia exists, and it’s insidious. The first part is important, but it’s the second part that matters. Why? Because, like I said, I’ve never had anything against transgender folks; I’ve never thought of them as a “threat,” or as some kind of outlier. I’ve never thought of them as a minority to be hated. But I also just didn't think. In that way, I was cissexist and transphobic without even realizing. And that's not OK. (Names matter. Learn more in Gay, Lesbian, Queer, Pan, Trans ... What's In a Name?)

Why Not Thinking About Transgender Is a Problem

Some of this might sound really cool and liberal to the uninformed. It’s not. There’s nothing forward-thinking or inclusive about “just seeing people as people” if it involves being blind to the struggles they face. By not thinking about transgender issues to start with, I was only helping erase their identity and make things worse. I don’t mean that treating people as people is counterproductive; I mean that refusing to engage with the reality of trans life and trans struggles can be just as harmful; in small and constant ways, it is actively working against trans folks.

Growing up, I went to a very small school. I was the only Indigenous kid, and (as far as I knew, until much later) the only bisexual. I faced a lot of confusing obstacles, but one thing I never had to struggle with was my gender. I’ve always perceived myself as male, presented as male, and expressed myself as male. My gender was attacked, but the bullying made me insecure about my appearance and my sexuality - never my gender. That wasn’t something I had to think much about, at that age.

I never worried about my gender because I’ve been socialized for my entire life as a cis male. Something cis people don’t have to consider is that trans folks don’t receive cis socialization - they undergo closeted trans socialization. There’s so much pressure on people to be cis, just like there’s pressure to be straight, that anyone who diverges from that expectation suffers for it from the outset.

People like me don’t have to deal with that … so we don’t. We don’t think about those pressures or those messages because we’re comfortable with them. We’re technically included in the target audience, so those pressures reinforce something that’s already there; we aren’t struggling with a different identity. Not all trans people struggle internally, either. Plenty never experience gender dysphoria, but externally, they’re still bombarded with hourly indications that they should conform.

I was part of that. I didn’t realize it, but that doesn’t make me any less responsible. I had no trans friends growing up. I had no trans relatives to call me out. Later on in life, when I got into gay club culture and hung out with drag queens, they were all cis men wearing costumes. They dealt with harassment for it, sure, but they talked about their stage personas as though they were separate people. When they went home, they were cis gay men, and not trans women. They were playing a part, and that’s not the same thing as living the transgender life. I had no encouragement, no stimulus to identify or empathize with trans folks beyond, “I’ve been bullied by straight people, too.” So, I didn’t.

Now that is incredibly gross to me.

My Passive Cissexism and Transphobia

What I've discovered is that I was cissexist and transphobic in that passive way that people can be racist or sexist without actually realizing it. That is because it’s totally normal, in our society, to be a little bit misogynistic, to look down on the poor and the homeless, and to clutch your purse or roll up your windows when you go through the black and brown parts of town. It’s “normal,” but it’s not right. It’s our job to recognize that it isn’t right and to understand how we’re hurting people - and then, to change.

When I was in college, there were fellow students who were trans. This was my first real exposure, and I handled it poorly. I didn’t bully or harass them, no, but I thought I was being progressive when I said things to my friends like, “You know, people can wear whatever they want, but seriously, wear something that flatters you!” As if, in my wisdom, it was my place to decide what looked good on somebody without even knowing who they were. Maybe those lacy pink panties weren’t for me, but my subvocal judgment toward she whom I unconsciously saw as the man wearing them was unwarranted, unsolicited and unhelpful.

I wasn’t being inclusive or empathetic by assuming I knew better about somebody’s wardrobe - just like I wasn’t being constructive by essentially seeing the person as their wardrobe and by using their clothing to define them. Defining someone by their clothing is a familiar oppressive act, but it wasn't one I recognized in myself, at that time, because I was too busy being ignorant.

I was cisgender, and I let that make me cissexist too. Like so many who ought to know better, I allowed the fact that I wasn’t part of a group bias me against that group. I didn’t see how I had a stake in their situation, so I questioned whether they really had a “situation” at all. Sure, “some men want to dress up as women,” but why? “Some girls like to cut their hair in boys’ styles,” but what do they hope to gain? There are even people who reject gender altogether “and, I mean, people should be allowed to wear whatever clothes they want, I guess, but…” Always some foolish suspicion along those lines, as if transgender people have some ulterior motive.

As it turns out, they’re completely open about their motives. They just want to go to the bathroom in peace. 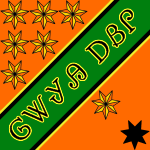 Morgan Mullins
Morgan Mullins is bisexual, Tsalagi, a former sex worker and an ally of intersectional feminism. A sociologist with emphasis in MOGII culture and experience, he is married to his partner of nearly 11 years, who is likewise a social scientist. Together, they continue to feel their way through the ever-changing landscape of sex positivity and sexual inclusivity, with the goal of educating and empowering others through writing and entertainment media.
Full Bio
In The Kinkly Shop
Visit The Kinkly Shop