Internationally respected veteran sexperts Em & Lo have penned seven books on the topics of sex and love, including "150 Shades of Play: A Beginner's Guide to Kink", and "SEX: How to Do Everything", which the Guardian named one of the 10 best sex guides of all time, alongside "The Kama Sutra" and Ovid’s "Art of Love." Em & Lo have written features for numerous magazines, including Glamour, Details and Marie Claire; and have penned columns for New York Magazine, the Guardian, Men’s Journal and Metro. They hosted a 10-episode television series called “SEX: How to Do Everything,” which premiered in the U.K. in 2009. And they dish about sex, love and everything in between on their daily advice blog, EMandLO.com.
Connect: 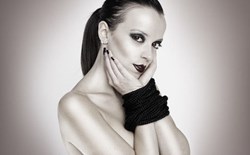 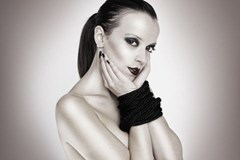 An (Abridged) History of Kink


Despite what your grandmother might think, kink is not something that was invented around the same time as boomboxes and thongs, just to...

Bondage 201: What to Do After You Tie Up Your Partner

8 Shower Sex Positions That Are Both Possible and Fantastic

Quiz: What's the G-Spot or P-Spot Toy You NEED to Have?