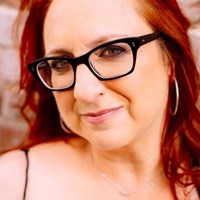 As as a SFSI (San Fransisco Sex Information) trained sex educator, Elle coaches women on sex, positive body image, integrative sensuality and better sex after 35. She has spoken on panels at CatalystCon East and West and The Woodhull Sexual Freedom Summit, and The 46th AASECT Conference (American Association of of Sex Educators, Counselors and Therapists)./p>

For several decades, a thinner physique was the apex of sexual desirability. But today, curvy is seeing a resurgence. Read about how curvy girls can find their own brand of sexy.

You Can Find Anything On Etsy ... Even a Sex Toy

The next time you’re on Etsy looking for a David Bowie bra and panties set, you might want to type the name of your favorite kink into the search bar and see what Etsy has to offer. But beware: It’s addictive.

These positions require unusual strength, agility, and concentration. In other words, they aren't for amateurs.

Dear Moses, No More Socks - I Want an Adventure!