One evening in October 2016, I entered my partner’s house to find three rapid HIV tests arranged on the living room table. He had been diagnosed with HIV in the ER a few days prior when admitted for severe unrelenting flu-like symptoms, he explained. He’d purchased a test for every member of our polyamorous family, as we were all fluid bonded with each other. His eyes remained fixated on the floor as he struggled to articulate the news, his body trembling. When he’d finished, I enveloped him in a huge hug.

“You idiot,” I laughed, tears in my eyes, “I thought you were going to tell us that you had cancer! We can TOTALLY handle this.”

There isn’t a day that goes by that I don’t ponder the privilege inherent in that initial reaction. How blessed am I to be living in the United States in the 21st century, where an HIV diagnosis no longer comes with a death sentence. Gone are the days when members of the LGBT community are forced to watch their friends and lovers rapidly succumb to an epidemic toward which their government refuses to designate funding for research. Now, thanks to decreased stigmatization of both the virus itself and the LGBT community, we have better, more accessible treatments, with a focus on education and and being proactive.

People with HIV are now living longer - and with a better quality of life - than ever before. One of the most profound scientific successes in modern history is the development of pre-exposure prophylaxis (PrEP), a medication designed to be taken daily by HIV-negative folks to significantly reduce the risk of sexually acquiring HIV. In 2012, the FDA approved the Gilead drug Truvada as PrEP. Truvada is a fixed-dose combination of two antiretroviral medications - tenofovir disoproxil and emtricitabine. It revolutionized the way that health providers talked about preventative HIV care. At least, it should have.

A week after taking that rapid HIV test and receiving a negative result, I visited my local sexual health clinic to speak to a clinician about being prescribed Truvada. I live in California and benefit from state-funded health insurance, so I knew it was unlikely that I’d have to pay anything out of pocket for the medication. Even though my HIV-positive partner is transmasculine - and even though the kinds of sex that we engage in are statistically low risk when it comes to HIV transmission - it still made sense for me to pursue Truvada as an option. As an actively non-monogamous sex worker, I’m not just responsible for my own sexual safety, but for the safety and well-being of my multiple partners, metamours and coworkers.

My healthcare provider asked me some questions about my sexual history, partners and practices, after which she agreed that I’d benefit from going on Truvada. There was hesitation in her voice, though, as she admitted to me that I was the very first HIV-negative cisgender woman with a HIV-positive transgender partner who would be receiving the drug from that clinic. I was dumbfounded. After all, I live in the San Francisco Bay area!

My provider told me that the vast majority of research behind PrEP - specifically, research documenting its long-term effects - had been on cisgender male populations. You can find more information about these studies, which are referred to as the “iPrex” study and the “Partners” study, here. Because of this, the medical risk assessment profiles tended to prioritize the risks inherent in intimacy between men who have sex with men (MSM). Apparently, many healthcare providers will refuse to prescribe Truvada to assigned female at birth (AFAB) demographics, such as transgender men, cisgender women, and non-binary folks, because they will actively deny that they are at “enough of a risk" of contracting HIV. As she explained this, it hit me that I couldn’t name a single other AFAB person in my friend or lover network who was on Truvada.

Providing PrEP to the LGBTQI Community

Aiden Harrington is a certified nurse midwife, HIV specialist and advanced practice nurse at Howard Brown Health Center in Chicago. They’re a non-binary transgender person who chuckles and calls themselves a “female-to-male-to-what-the-fuck”, or FtMtWTF. Harrington tried to go on PrEP in 2012 after an exposure scare, but was told that their risk level wasn’t “high enough” to justify it based on the Centers for Disease Control's recommendations at the time.

“I was in a committed relationship with another trans man who was HIV positive. To be honest, we didn’t really know what we were doing," Harrington said. "There weren’t any manuals out there with transmission statistics or prevention methods for bodies like ours, and we eventually agreed to unprotected contact that included manual sex, body grinding and oral. But then this one time, my partner orgasmed while on top of me, and I felt ejaculate actually go inside of me. I freaked out.”

Mx. Harrington met with their healthcare provider the very next day, and while the provider agreed to give them post-exposure prophylaxis (PEP) - a month-long regimen of medication taken after coming into contact with HIV - they denied their pleas to be put on PrEP, despite their being in a queer MSM serodiscordant (read: one partner has HIV) relationship. Now, Harrington helps all members of the LGBTQI community, as well as women of color, non-monogamous and polyamorous people, and sex workers, get access to PEP and PrEP for HIV prevention.

“As a provider, if one of my patients makes a case for starting PrEP, I believe them,” Harrington said. “I also do a risk assessment that’s significantly more comprehensive than most of my professional cohorts find necessary.”

Both Harrington and myself agreed that one of the major healthcare system pitfalls still impacting AFAB folks today is a complete ignorance of how queer people have sex and, in turn, what risks they’re actually exposing themselves to. All too often a medical professional hears a patient identify as “lesbian” or say that the majority of their partners are “women and trans men” and subsequently makes an assumption that the patient is not a PrEP candidate based on their limited understanding of how AFAB people love and fuck. In stark contrast, Harrington tries to set an example for what providers should be asking their patients.

“When I take a sexual health history for a patient, I ask the exact same questions of each person regardless of their gender or sexual orientation: ‘How would you describe the genders of the people that you like to date and have sex with? When you engage in sex, what parts of your body do you use? When you engage in sex, how often do you use safer sex practices and for what acts?’, and so on and so forth.”

“When it comes to HIV, it’s less about who you’re having sex with, and more about how and where you’re having sex,” Harrington added. “For example, we see higher rates of transmission among African American populations in part because their communities and networks are more intertwined and have more members affected. Even though POC typically have fewer partners than whites, the larger pool of people affected means that any unprotected sex is riskier. Sadly, many don’t know they are HIV positive because stigma prevents folks from getting tested and linked into care.” Harrington went on to say, “Yet the fact remains, if we’re having unprotected sex and being exposed to our partner’s sexual fluids, it means we’re at risk. Period.” .”

This resonated heavily with me, as on a recent visit to my doctor’s office to obtain a surgical referral for a tonsillectomy, I somehow found myself demystifying queer sex for my nurse practitioner simply because I’d mentioned I have transgender partners. Sadly, this wasn’t an atypical experience. Queer AFAB patients are constantly being put in positions where they’re shouldering undue amounts of emotional labor to educate their own healthcare providers. It's a substantial burden to place on marginalized people, but in 2018, it’s also an embarrassment.

People with vaginas can be susceptible to HIV through both anal or vaginal sex, and not just in the ways one might think. HIV can be spread via blood, semen, pre-seminal fluids, rectal fluids and vaginal fluids, and while unprotected receptive penetration with a penis has been responsible for the highest transmission numbers, having unprotected oral or manual sex can also put you at risk. Let’s say that I decide to go down on my HIV positive, cis female partner’s genitals while I have an open cold sore on my lip. Or that I decide to put my fingers inside my HIV positive trans masculine partner’s vagina while I have an open cut on one finger. Again, the risk of transmission is smaller, but by no means is it insignificant. Add to that the that the vast majority of medical providers still define sex as limited to “penis in vagina” or “penis in anus,” and you can clearly see how queer AFAB are being made invisible when it comes to HIV transmission risk.

Fortunately, though, things are looking up in terms of increased research around HIV transmission and prevention within AFAB demographics. We’re seeing relevant epidemiological statistics becoming more accessible to women and trans men, and there’s also been a significant push to create more marketing and promotional strategies around advertising PrEP to demographics who historically have been convinced that they weren’t “high risk enough."

Sexual Health
Give a Dam: Your Guide to Oral Sex Protection
by KAYLA ADMIN

Sexual Health
Give a Dam: Your Guide to Oral Sex Protection
by KAYLA ADMIN 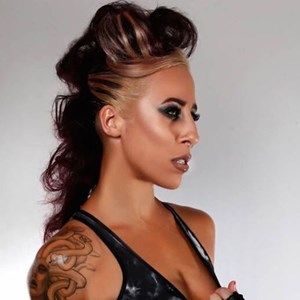 Andre Shakti is a queer journalist, educator, performer, activist and professional slut living in the San Francisco Bay Area. She is devoted to normalizing alternative desires, de-stigmatizing sex workers and their clients, and not taking herself too seriously. Andre wrestles mediocre white men into submission and writes about the resistance for Rewire, Thrillist, MEL, Vice, Autostraddle, and more. She frequently lectures, coaches and advises on issues surrounding sexual health, politics and pleasure, gender diversity, sex worker rights, non-monogamy, and queerness. When not working, Andre can typically be found marathoning "Law & Order: SVU" under a chaotic pile of partners and pitbulls, and yes, she knows how problematic that show is. Andre is the reigning "polyamory pundit" at her non-monogamy advice column, "I Am Poly(amorous) & So Can You!"