I know what you’re thinking. “Dad” and “cock” shouldn’t live in the same sentence (unless you have an incest fetish). Why would anyone buy sex toys for their parents?

I don’t even have to know you personally to guess that the topic of sex between you and your parents has been met with either awkward chuckles or silence your whole life. Despite my own search for the perfect sex toy, I didn’t grow up in a sex-positive household. Neither of my parents ever gave me “the talk” in my late-90’s adolescence, similar to the 30 percent of teens today who’ve also been left in the dark. This silence contributed to a hefty list of problems in my sexual past, as it does for many others -learning about sex from porn, associating pleasure with shame and having way too much unprotected sex. But I know now that my parents weren’t completely at fault. They didn’t talk to me about sex because their parents didn’t talk to them about it, continuing a cultural trend of silence because they didn’t know any better.

Read: The Talk: What I Wish My Mom Had Told Me About Sex

But it’s not just millennials who are having less sex. American adults are also getting it on less than they did a quarter century ago, with married people indicating the most dramatic decline of all. The culprit for them? Kids.

“A lot of parents feel like they've already done about 50 things they didn't want to do that day, like getting up at dawn, dealing with their child's tantrums. Adding sex to the menu just seems like too much," psychologist Samantha Lutz told CNN.

You’d think that sex resumes again once parents have gotten the hang of rearing children, or at least when the kids are off to college. But, along with not having sex, millennials are also not moving out right away or they’re moving back in after college. In 2017, 31.5 percent of 18- to 34-year-olds still lived with their parents, directly influencing how infrequently their folks had sex.

I lived with my parents for a few years after college, and now I wonder what toll that may have taken on their sex lives. It simply hadn’t occurred to me that I might be cramping their style, just like it may not have occurred to them that I would’ve been stoked to have them answer my questions as a horny, curious and experimental teenager. Maybe our inability to see each other as sexual beings is hurting us more than helping us? In fact, research shows that kids do want to talk about sex with their parents. In a study of 4,000 British young people between the ages of 16 and 24, 37 percent of men and 46 percent of women surveyed said their preferred source of information on sexual health was their parents.

Read: What I Learned From My Mom's Negative View of Sex

Although I’m now an adult who has worked tirelessly with therapists and partners to lead a sex-positive, fulfilling sex life and educate myself on how to approach these conversations with my daughter when she’s old enough to understand, I’d be lying if I said that my work is done. I still sometimes struggle with sexual shame that stems from my misinformed adolescence. And I can’t help but feel like the only way I’ll fully get past that is to bridge the chasm that still exists between my parents and me on the topic, like it does for so many others who reflexively squirm and blush at the idea of their parents and sex.

Because here’s what I know to be true: humans who have frequent sex are happier than those who don’t. And I don't know about you, but my holiday season can sometimes go from the most wonderful time of the year to the most stressful. If I could make everyone a little happier, or at least awkwardly chuckle, I’ll take it.

Sex Toys and Products
How I Spent the Holidays Alone - With a Suitcase Full of Vibrators
by S. NICOLE LANE

Sexual Health
Why I Decided to Teach My 6-Year-Old About Condoms
by REMI NEWMAN
Advertisement
Have Better Sex!

Sex Toys and Products
How I Spent the Holidays Alone - With a Suitcase Full of Vibrators
by S. NICOLE LANE 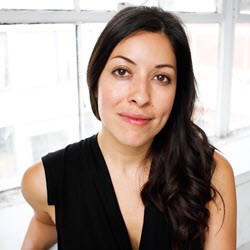