The 7 Best Car Sex Positions to Get Your Motors' Revving

The car: something that, for more than a hundred years, has been getting people from point A to point B.

The thing is that while cars can be quite comfortable, what with all that rich Corinthian leather and all, having a sexual good time often takes as almost as much maneuvering as trying to parallel park on a steep hill.

Fortunately, we’ve read between the lines of our owner’s manual and have come up with a few suggestions for positions that we hope will get your motors revving.

But before we get into it, a word of warning: while we know quite a few folks have tried to get their jollies off while the car is in motion, we do not recommend this—at all.

It’s hard enough to try and safely control a two-thousand pound piece of rapidly moving machinery as it is without trying to do the same while you’re being diddled by your passenger.

Keep your head where it needs to be: paying attention to the road ahead.

Finally, do try and do any kind of car sex play somewhere remote and isolated. Even if you think you could be covert out in public, try and resist the urge: no one ever wants to get busted for public indecency.

If your vehicle of choice is a sport’s car, or maybe just an economy four-seater without much legroom, let alone space to try out the vehicular version of the Kama Sutra, then taking a hands-on/hands-off approach may be just the thing,

By “hands-on/hands-off” we mean when you don’t have the room to actually get busy with each other it can still be a lot of sexy fun for each of you to play with yourself. 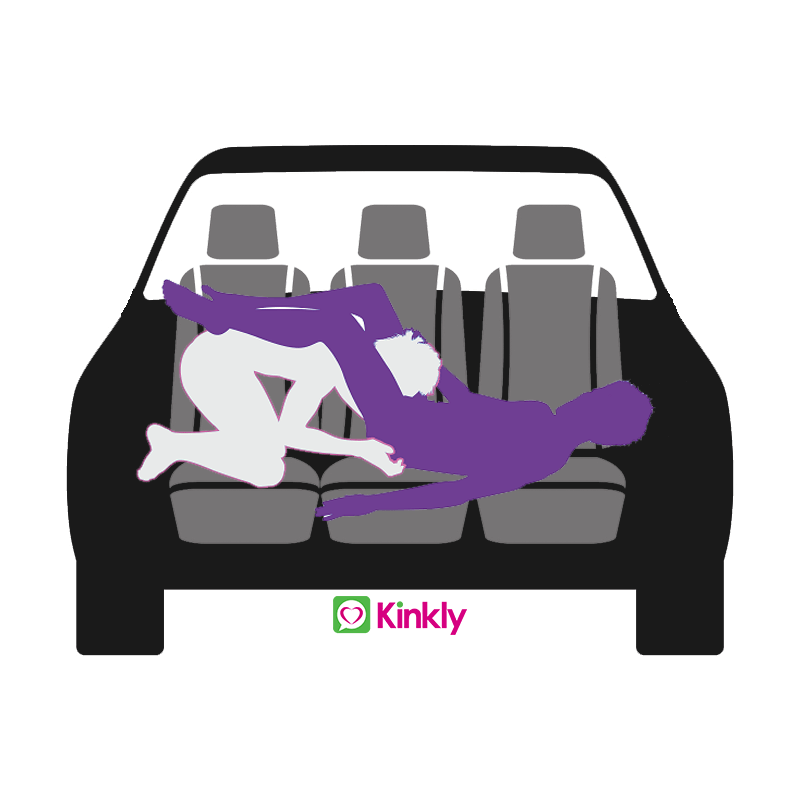 Next on our list is a classic: oral sex! Although, as for many things labeled as classics, there’s always some new twists to add that can make it all that much better.

For instance, if someone with a vagina is on the receiving end, getting the giver’s head into position can often take quite a bit of contorting, which is why even though this is quite possible fingers or maybe even a favorite toy might be a better way to go.

As with all of our positions, though, it gets a lot easier to do in the backseat where the receiver can open their legs much wider giving the giver much easier access.

Think of the Love Seat Position, but this time behind the wheel, or sitting in the back or in the passenger seat. 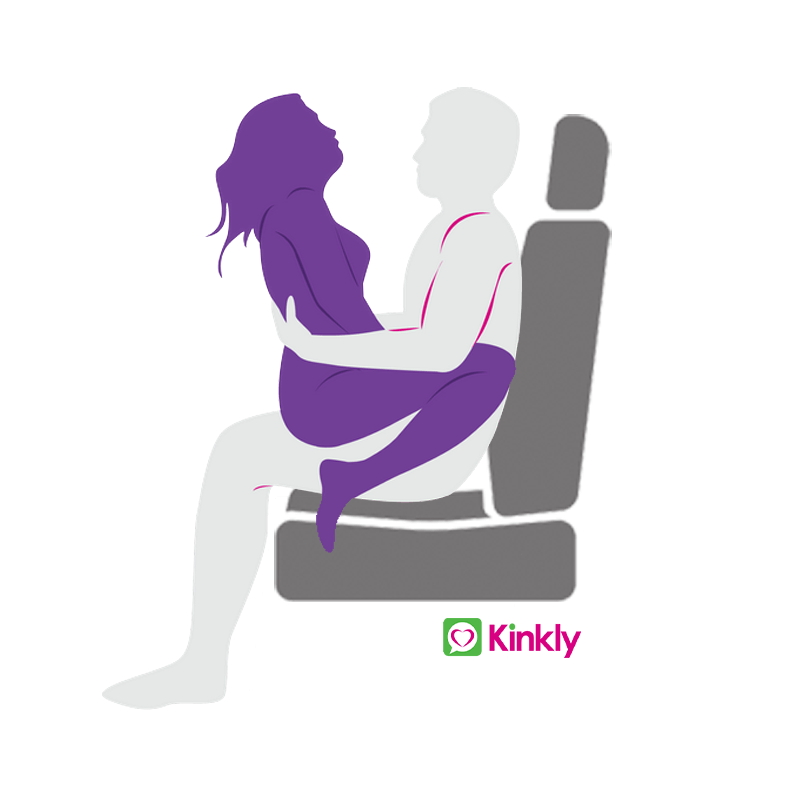 Getting there can sometimes be a tad tricky, especially in the case of the already-mentioned driver’s position, but riding your playmate or partner in a car means the seat, or even the dashboard or steering wheel when you turn the opposite way, can give the person doing the riding some nice handholds, and thus give them some pleasant leverage.

Here the backseat is the only way to go unless you happen to have a massive monster of a car to fool around in. As with doggy style indoors, the car version involves one person kneeling while the other enters from behind. 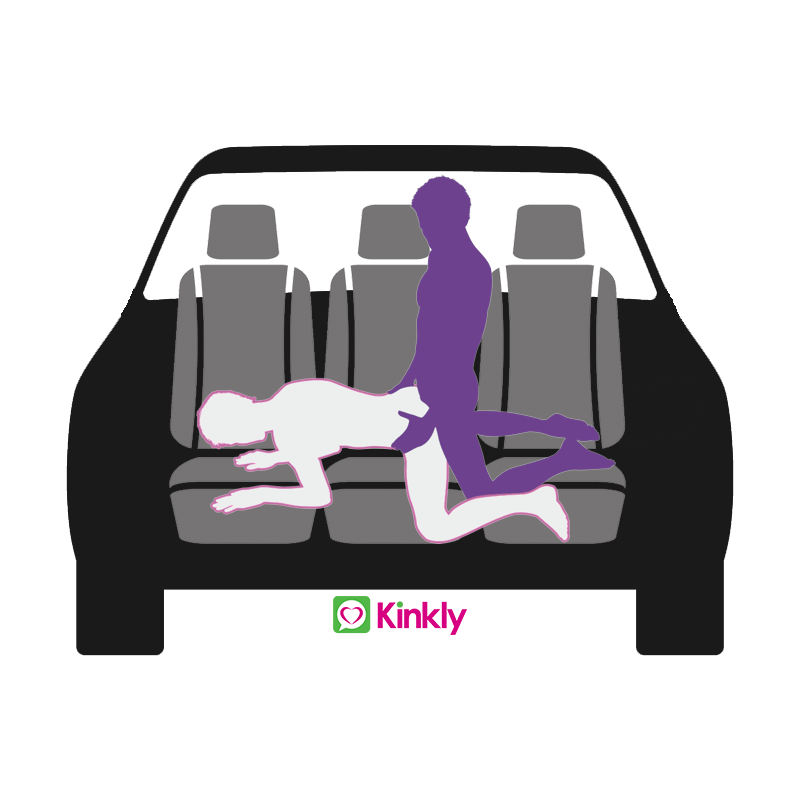 As with the riding position above, doing this in a car actually has a few bonuses, such as the person from behind being able to use the front seat-rest or other interior features to get some extra force behind their thrusting.

The only real downside is that tall folks might find this more than a bit awkward: having to duck their head or even chest down to keep from knocking themselves silly on the interior roof.

This one can be a real treat, though it can take some careful body rearranging if those involved want to get into penetrative sex. 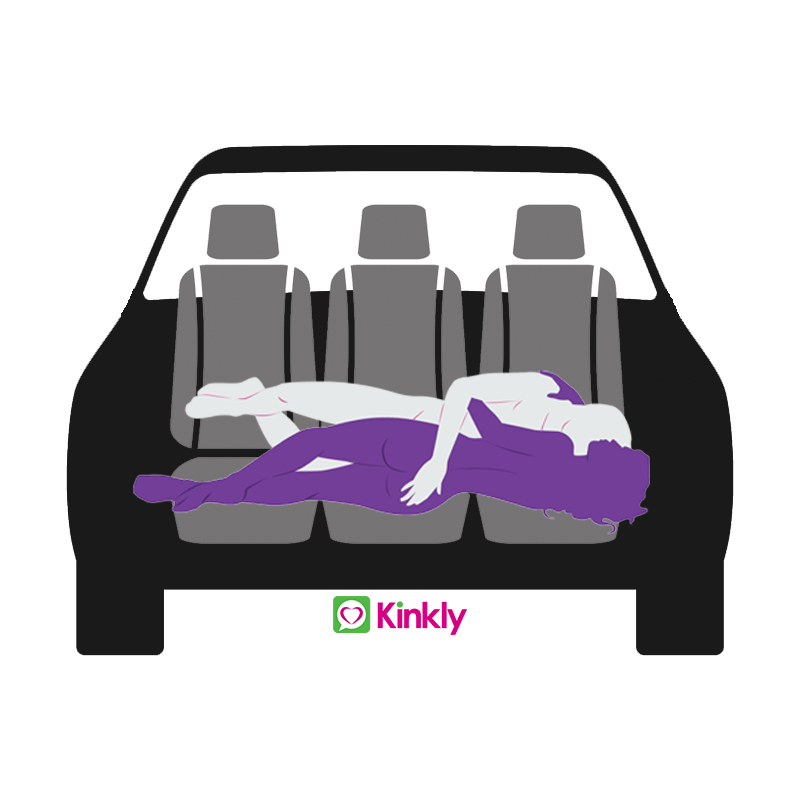 Remember our doggy-style backseat position and how some people might find it more than a little uncomfortable, especially for the person on the giving end?

Well, the good news is that this all-time classic position mostly gets rid of that, as it can be quite comfy for even the tallest of lovers. If there’s a downside to one person laying on their back while the other does… well, the driving, it’s that while the person being driven can’t really spread their legs all that wide. Unless, yet again, you have a massive back seat. 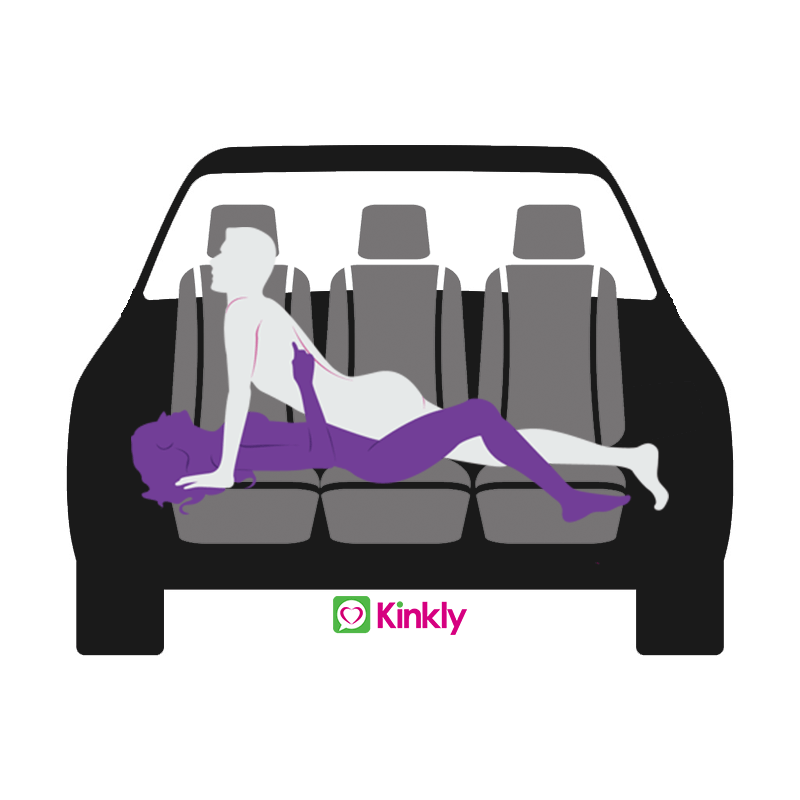 But even with an economy model this still could be quite easy and enjoyable to give it a try.

Okay, to be honest, this one really should be grouped with the “Oral Pleasures” section but we just couldn’t resist making the joke. 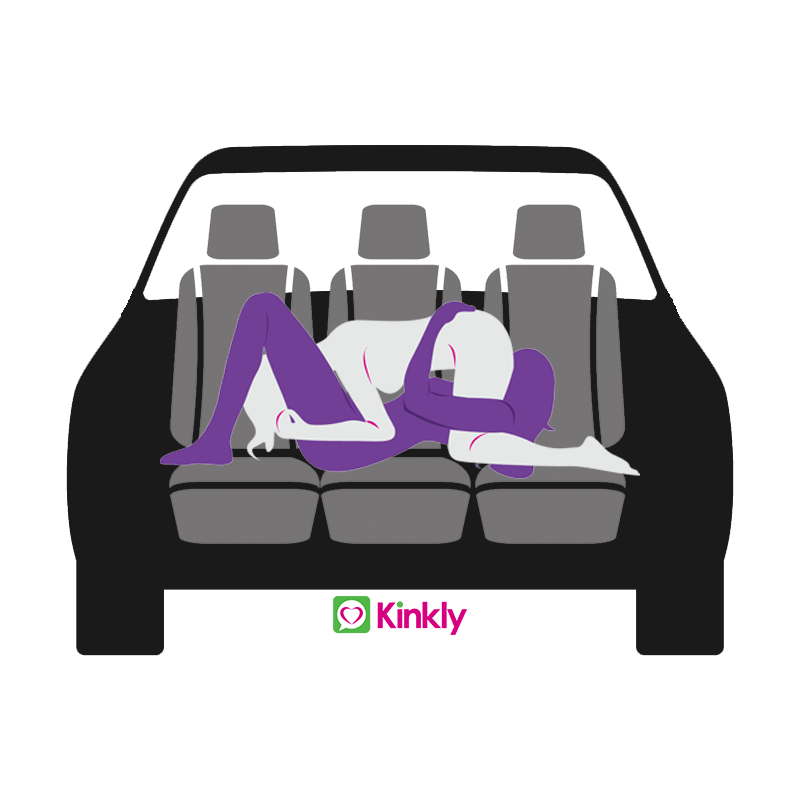 Kidding aside, the 69 Position works very well for the backseat of most automobiles, with each person involved being able to get their faces right where the action is with relative comfort.

Yet again, doing mutual oral pleasure in a car can even bring with it some neat advantages, as the person on top having access to some stabilizing handholds in the car’s interior, meaning they don’t have to balance as much as they might have to in a regular bed.

On the Road Again

Cars have certainly changed the world. For the best in giving generations of people unprecedented options for mobility and, as we have begun to sorrowfully realize, a devastating impact on the planet and everything living on it.

But the good news is that with the advent of things like hybrids and fully-electric vehicles, we might be able to have our cake and eat it too: having all kinds of fun while not wrecking the environment.

So the next time you find yourself parked somewhere nice and secluded and feeling “in the mood” feel free to try out some of these positions—or even invent your own.