With a Satisfyer, Womanizer, or SONA — perhaps the most well-known members of this category of sex toys — I can not only come within seconds, but also go on to have multiple orgasms, which I can’t normally do with my hands. I’m not the only one: A study Womanizer conducted on 100 of its users found that half of them orgasmed in a minute or less using the toy and 75% had multiple orgasms.

I’d known We-Vibe mainly for its couples’ vibrators, including the We-Vibe Sync, which goes into the vagina during intercourse and vibrates on the G-spot and clitoris and can also be app-controlled from a distance. Since this product had done great things for my sex life, I had high hopes when We-Vibe announced they were making my favorite kind of toy.

Visually, Melt is more similar to LELO’s SONA than the others: The whole thing is made of the same solid pink material, unlike the Satisfyer and Womanizer, which have a different, softer material around the head. It has a handle with controls that let you choose between 12 vibration strengths and a vibrating suction head that goes over the clitoris. The slim shape of the toy is designed to be able to fit between two bodies for couple play. And like the Sync, it connects to We-Vibe’s We-Connect app so that partners can control it remotely.

My first time using the Melt, I had some trouble finding the right intensity. The highest level was a bit too intense, but the ones below it somehow didn’t seem to provide enough sensation. I eventually settled on using the highest intensity, but occasionally lifting it up when it got to be too much.

The first orgasm wasn’t quite as instant as it had been with the others, but once I was there, I did manage to squeeze out two more. The next time I used it, I managed six — something not just any toy can accomplish.

The design is pretty ergonomic, with a handle that’s easy to hold and buttons you can reach without any trouble while you’re using it. The control system is not difficult to figure out — there’s just one button to increase the intensity and another to decrease it. It’s also not very loud, so you don’t have to worry about using it if you have housemates (unless, you know, you’re the loud one).

The toy comes with a USB charger and lasts for two hours once it’s charged, and it’ll blink when it starts to run low so you don’t end up having to stop at the worst time. Since it’s waterproof, it’s easy to clean it, and you can use it for added clitoral stimulation during shower sex (or bath sex or pool sex). And for those who are safety-conscious (which is hopefully everyone), it’s made of body-safe silicone, without potentially harmful chemicals like phthalates, BPA, or latex. 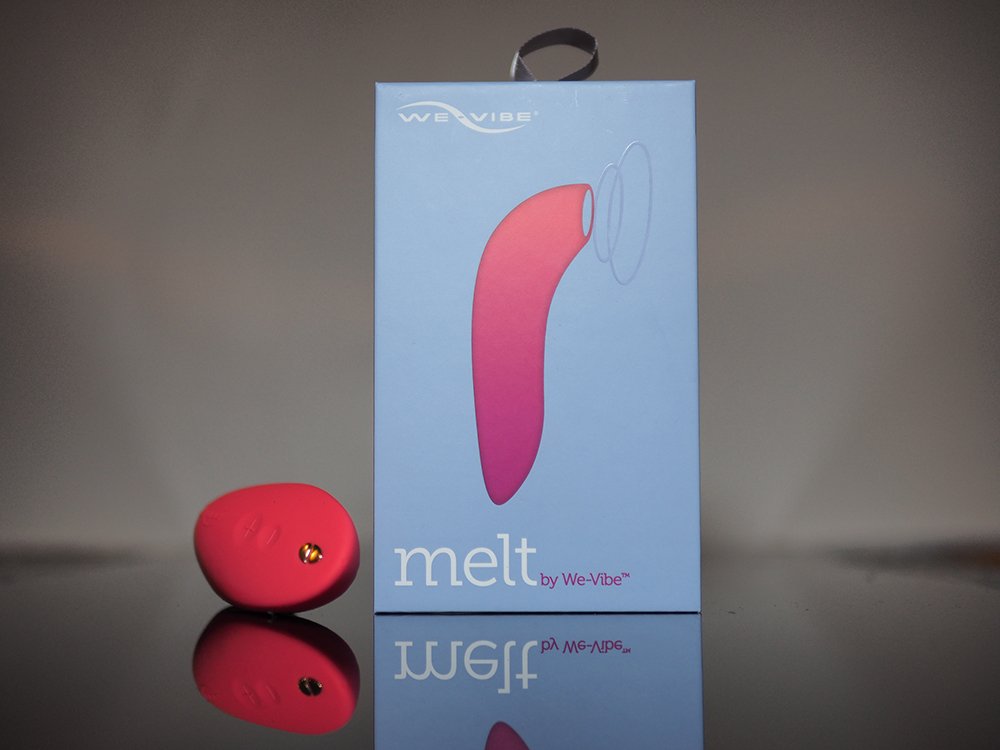 While Melt works similarly to the Womanizer, Satisfyer, and SONA, I’d actually still rank those toys above it for me. One is, it doesn’t have a cushioned head like the Satisfyer and Womanizer, which means you have to be careful about how firmly you press it down. When I was using it, there was a fine line between pleasure and pain. This may have been why the setting that gave me the most pleasure also got a bit uncomfortable for me. The SONA is a bit similar in this regard, but for whatever reason, the orgasms from that one felt longer and more satisfying. With the Melt, I felt like I had to lift it off immediately once I orgasmed or it would be overstimulating, so I couldn’t really ride out the whole climax as much as I'd like.

The 7 Best Car Sex Positions to Get Your Motors Revving
by MISTRESS KAY
Have Better Sex!

Suzannah Weiss is a feminist writer, certified sex educator, and sex/love coach. Her work has appeared in The New York Times, The Washington Post, and more.