Sex Toy of the Month: The Backdoor Rabbit (Because Butts Deserve All the Fun)

Each and every month, our editors select a super-cool toy to be crowned Sex Toy of the Month. And, um, guys? It’s a really hard job – and it gets harder every month. There are cool new toys being released All. The. Time. And there are lots of other toys that have been around for ages and have racked up tons of fans. But trust us when we say that we put some serious thought in which toys get added to this list. So, we're super-pumped to introduce this month’s sex toy, the Backdoor Rabbit by The Rabbit Company.

Now, there are lots of rabbit vibrators out there. So many rabbit vibrators. And while some of them are pretty cool, the Backdoor Rabbit is the only one we know of that's designed to be used, well, in the back door. Of course, regular rabbit vibes have probably been used off-label for this purpose for years, but the fact that this rabbit is just for butts says it loud and clear: Why should vaginas have all the fun?

So, why did we pick the Backdoor Rabbit as our sex toy of the month? Here are a few key reasons.

It’s Made by a Pretty Cool Company

As we mentioned above, there are a lot of rabbit vibes out there. But a lot of classic rabbit vibes are, well, kind of garbage. They are made of questionable jelly materials and have outdated control functions and rarely sport the kinds of features many of us have come to expect in good quality sex toys.

The Rabbit Company is changing that. They've taken classic rabbit designs and brought them into the 21st century. These vibes might have the beaded shafts and cute rabbit ears of rabbit vibes of old, but they are also made of silicone and are USB rechargeable and even include a five year warranty! In other words, these are carefully crafted, quality sex toys. Because, you know, we wouldn’t feature any other kind.

In addition to putting a modern spin on old favorites, The Rabbit Company has also been spinning off some brand, spanking new rabbit innovations, including the Backdoor Rabbit. Cool!

It Puts a New Twist on an Old Design

Traditional rabbit vibes are designed to stimulate the clitoris and G-spot. That can be a winning combo, but it isn't one that has to leave out people with prostates. After all, the prostate is often referred to as the male G-spot, and one that can create super-intense orgasms. The Backdoor Rabbit is carefully designed to scratch that itch, while also tickling the perineum, another hotspot many people find highly pleasurable. And, to be clear, anyone with a butt can get their kicks out of this toy – no prostate required. So that means, well, anyone!

Read: Guys, Here's How to Hit the P-Spot Using a Toy 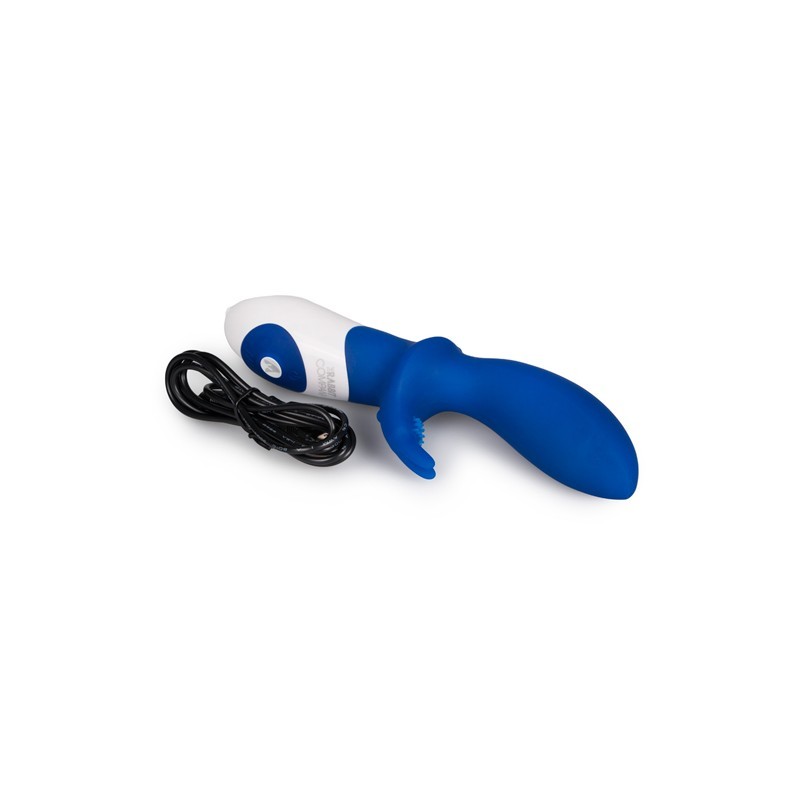 It’s All About the Butt