There’s a box under my bed. It’s not a particularly large box as I sleep on a twin, but I wouldn’t call it small, either.

In it are at least twenty or so every make and model of sex toy: smart and not so much, two-handed goliaths and weetle-biddy bullet vibes, and a few you’d have to see to believe.

I’m not saying this to brag—well, okay, maybe a little—but to give you an idea of my experience playing with, and subsequently have the honor to review, such a wide range of them.

And of them all, I’m hard-pressed to think of one under my bed or out in the world that I can honestly say had even the potential to be enjoyed by everyone, no matter the configuration of their genitalia.

Until now, that is. Allow me to present Satisfyer's Endless Love: a product that raises the bar for what sex toys are—and should be. 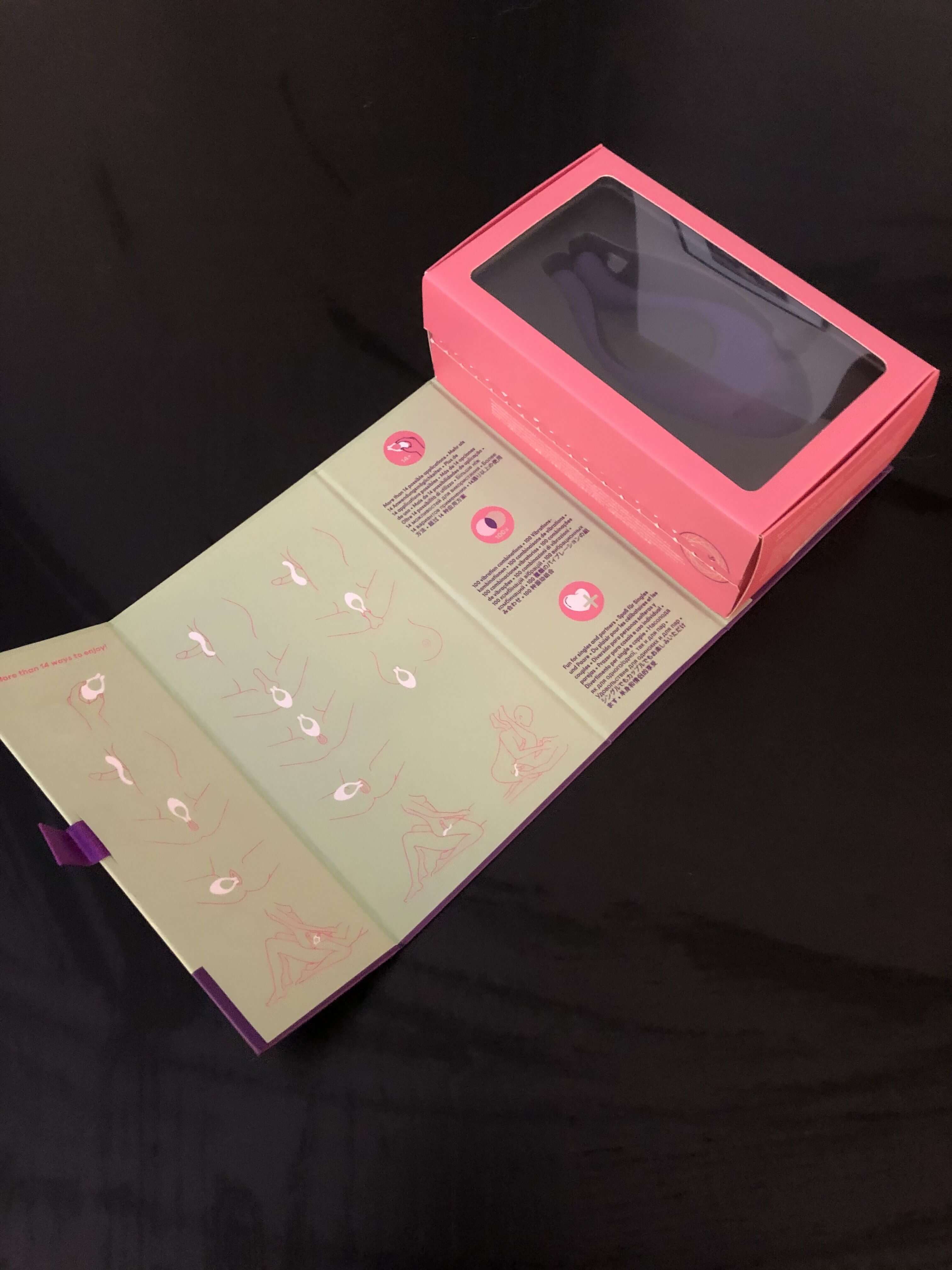 It’s become relatively common for sex toys to look like anything but sex toys. Or, to put it better, a growing number don’t seem to have been carbon-copied from someone’s down there region.

Though I’d never suggest that any “classic” design should be kicked to the adult entertainment curb, as everyone’s chosen plaything is valid, I still beam like an idiot when any number of these new designs crosses my path.

For one thing, they show their designers are thinking less and less about what used to work—or often didn't—by starting over from scratch: their eyes firmly fixed on giving their customers the most bang for their buck—and if means a design no one has seen before, then so be it.

More than that, by expanding what a sex toy can look and feel like, they’re helping to recognize and support the reality that, like everyone living now or ever, who a person doesn’t have to hinge on what they happen to have tucked in their pants—or under their skirts.

The makers of Endless Love are in front of this, showing concisely and quite beautifully in their marketing materials by saying that their product is gender-neutral: so no matter your body, gender expression, or sexual orientation, this could be the toy for you.

Regarding its appearance, I kept thinking of it as a stylish purple wishbone, with two distinct … well, I can’t really call them parts, so how about "areas"? 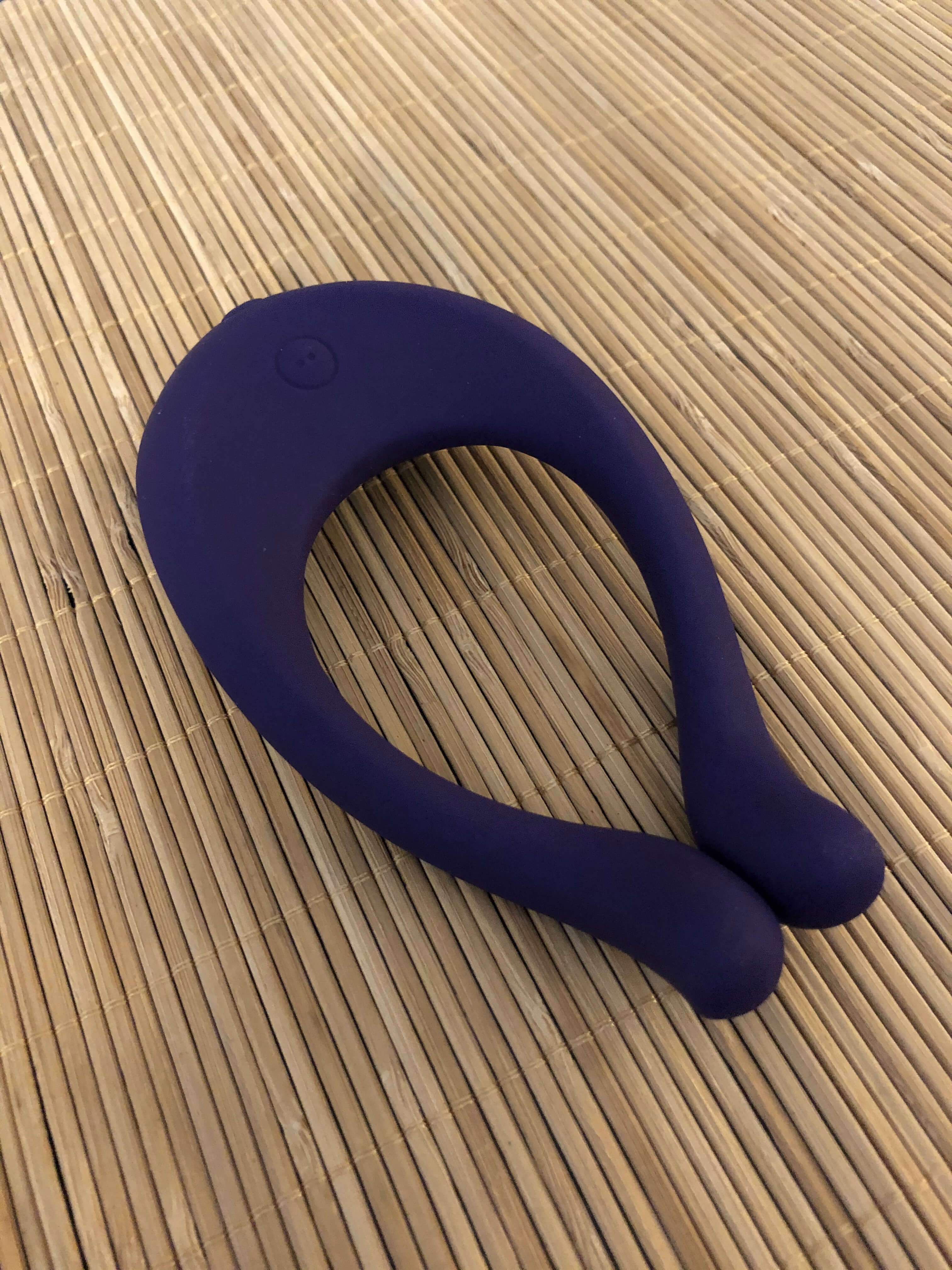 From it’s larger midsection, the Endless Love branches upwards into a pair of substantial but springy “arms.” Below is the toy’s gutty-works, including a pair of control buttons and the attachment points for a charging cord.

Flipping it over, you’ll notice the back of this part of the Endless Love is slightly ribbed, the benefits to which I’ll get to shortly when I describe how it feels.

Regarding what it does, the Endless Love has three motors: one in the midsection that makes the entire thing vibrate and a matched set that does the same to those bowed arms.

Considering its ability to charge intensity, frequency, or utilize its set of built-in patterns—and/or the base with its arms—and you end up with an impressive 100 or so unique sensations it can potentially deliver.

How To Use It

Here’s where we get to what separates the Endless Love from the other sex toys gathering dust under my bed.

As Satisfyer points out, this product isn’t built exclusively for either this or that set of genitalia. And that means a world of possibilities. Here’s a toy with not one, two, or even nine different ways to potentially enjoy it. No, the Endless Love has 14! And our bet is you could probably figure out a few more if you are very creative. 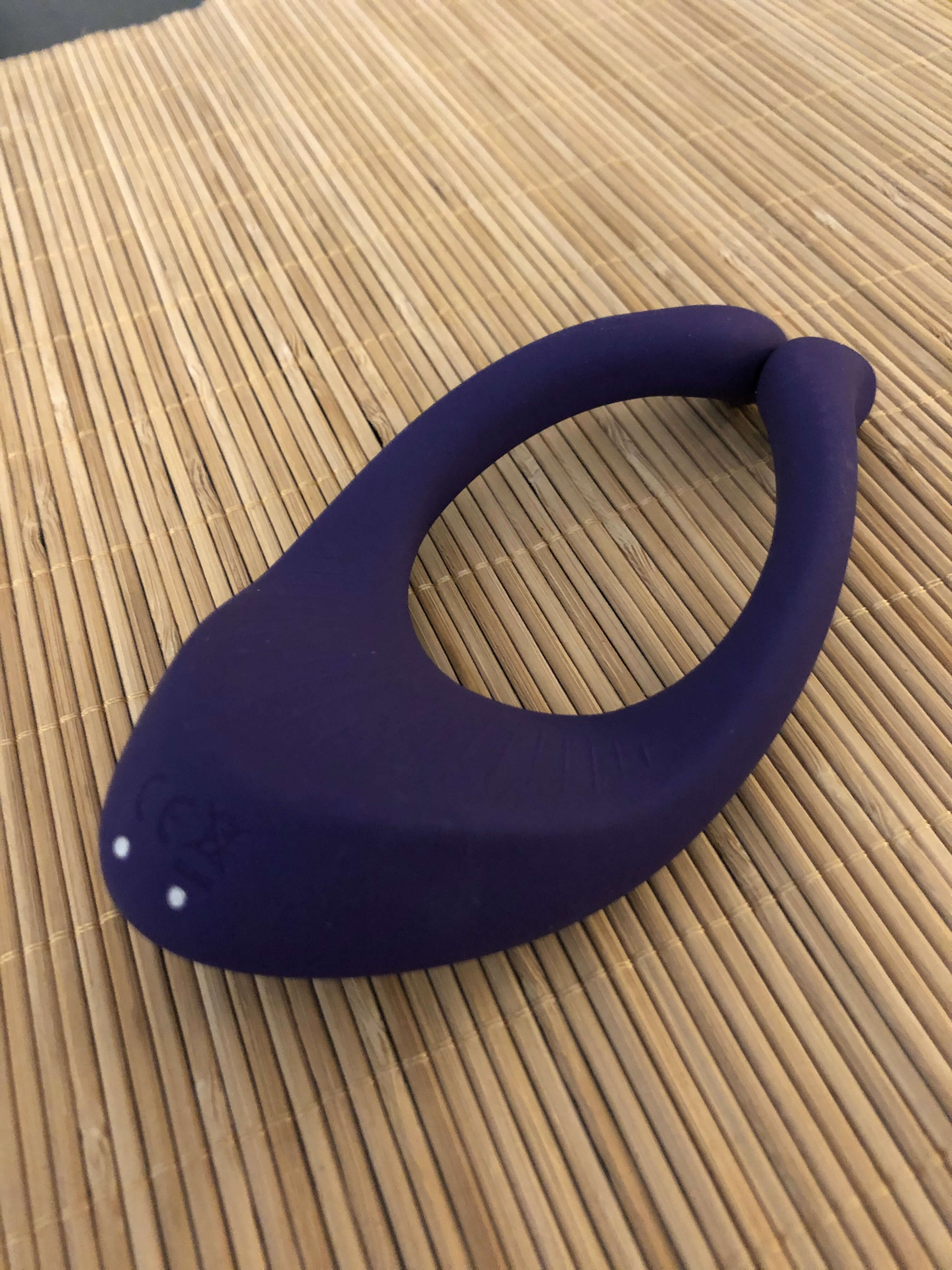 Since 14 is about 10 too many to list in this limited space, though to give you at least a partial idea of Endless Love’s flexibility, allow me to borrow from the legendary author of Green Eggs And Ham by saying: 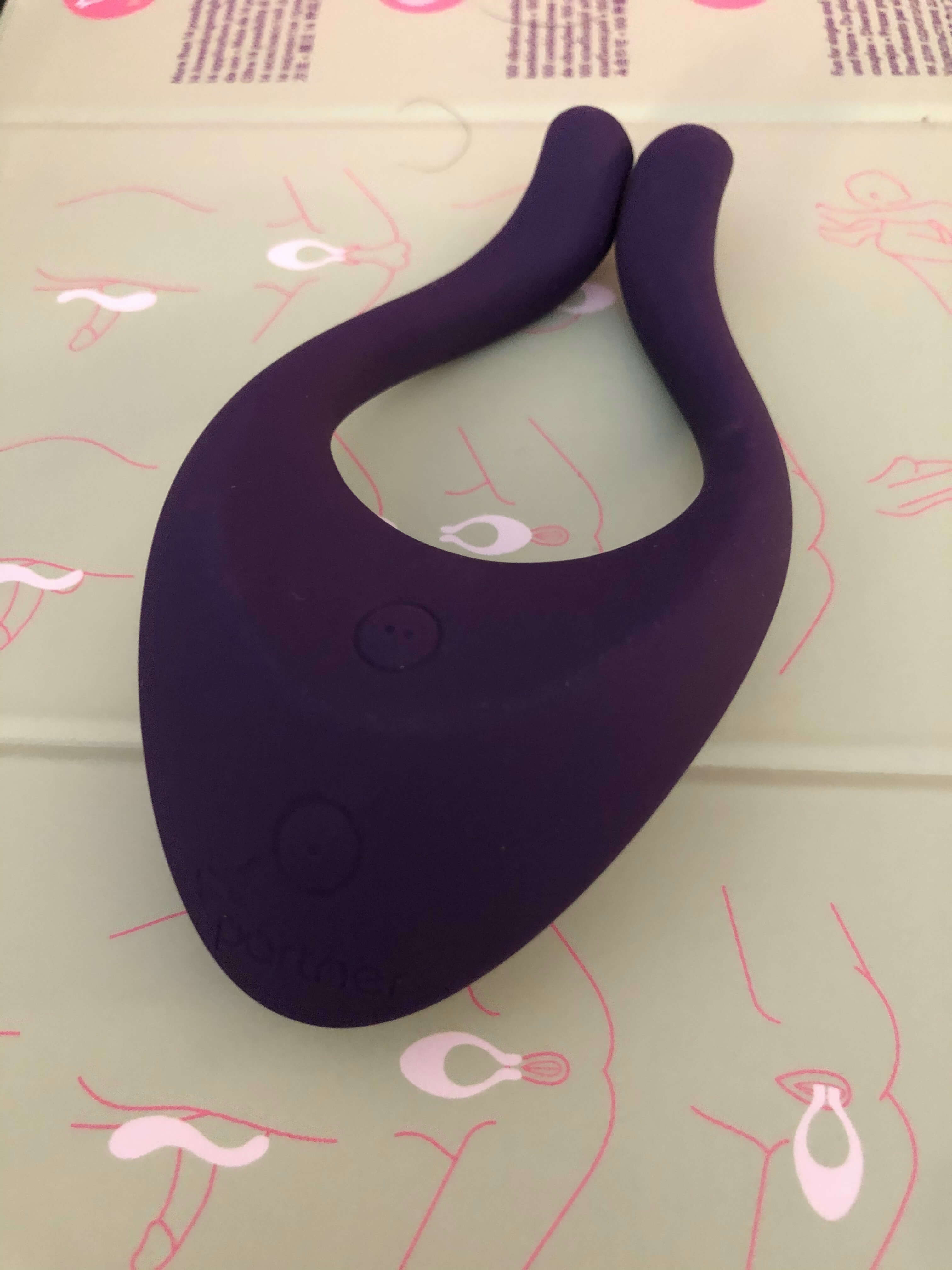 So far, I’ve chatted about the Endless Love’s single-user possibilities but not because it isn’t fantastic for couple play, but I wanted to save its best for last.

Picture this: take everything I Green Eggs and Ham’ed, along with the nine Satisfyer also suggests, plus anything else you might dream up, and then add a partner into the mix.

In a word: OMG—or more accurately, several of them, as in OMG OMG OMG! Yeah, as a nipple plaything, an Endless Love will probably have a difficult time staying put if you and your playmate get vigorous. Still, practically every other suggested use for it could work with another person joining in on the fun.

And, I dare to say, extra-enjoyable. For instance, a penis-equipped individual might wear it in the cock-ring way I mentioned, though with the Endless Love’s main body suspended below so its vibrations can excite whoever they’re with as well.

Not rocking your boat? Then maybe you’ll be interested in it in conjunction with oral sex, used by either partner for a new level of oomph?

Cliche though it may be, with the Endless Love, the possibilities—aside from not sticking it up the butt—are practically endless.

Oh, and I forgot to mention that it’s also waterproof! So if splashing around in the tub or shower’s your thing, you can take your Endless Love in with you as well. 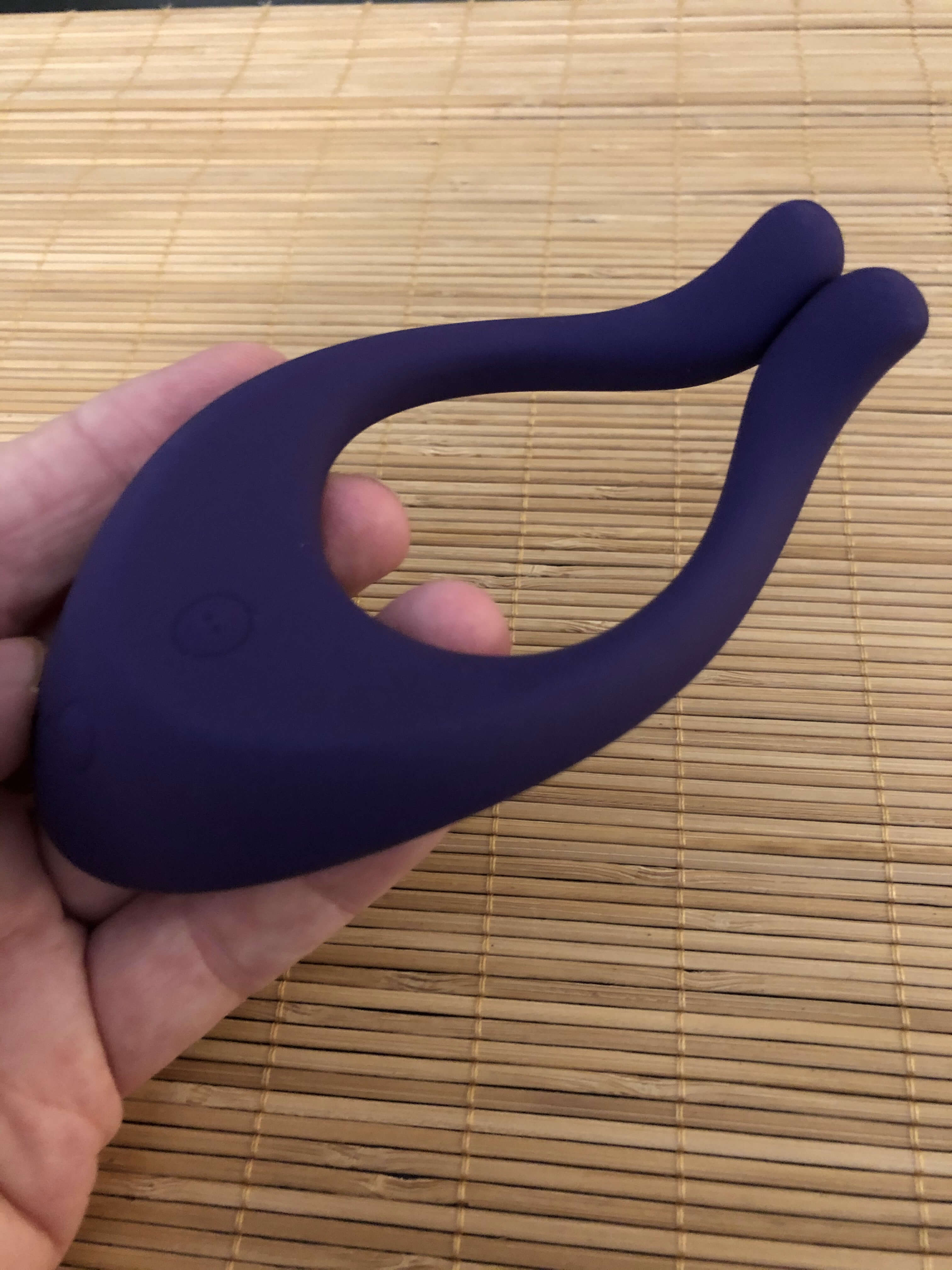 Though I couldn’t find it’s exact measurements on Satisfyer's site, my trusty tape measure says the Endless Love is five inches (almost 13 cm) long, two ¾ inches (7 cm) at its widest, and the “arms” stretch a little over 3 inches (just shy of 8 cm) from the toy’s main body.

As it’s made of silicone, cleaning up is a breeze using any appropriate solution—though as it’s like similar silicone products, avoid using any lubricant that could potentially degrade the toy.

Make sure you are choosing a water-based lube or something "toy-safe" like Sliquid Sassy Lubricant that won’t negatively affect any silicone-based products.

The Endless Love is exceptionally well-made, that silicone outer covering smooth enough that there shouldn’t be any concerns about irritation. But if this is something you’ve had bad experiences with playing with similar sex toys, then, by all means, use a condom with it—along with a good amount of slippy lube.

No, I’m not too sure what this means either. But I’m guessing that the “sensors” refer to the arms. Playing with it, I found that the top is on and off for them, with tapping it cycling through three levels of intensity and then a set of vibrational patterns.

The lower control does the same, so I figure the idea is to use either the top, the bottom section, or both until you develop an appropriately stimulating combination.

Not to rain on Endless Love’s parade, this lack of information on how it works—neither included with the toy or on Satisfyer's site—is a significant strike against it.

More than anything, including this essential information has become an industry-standard, making its absence here all the more glaring. 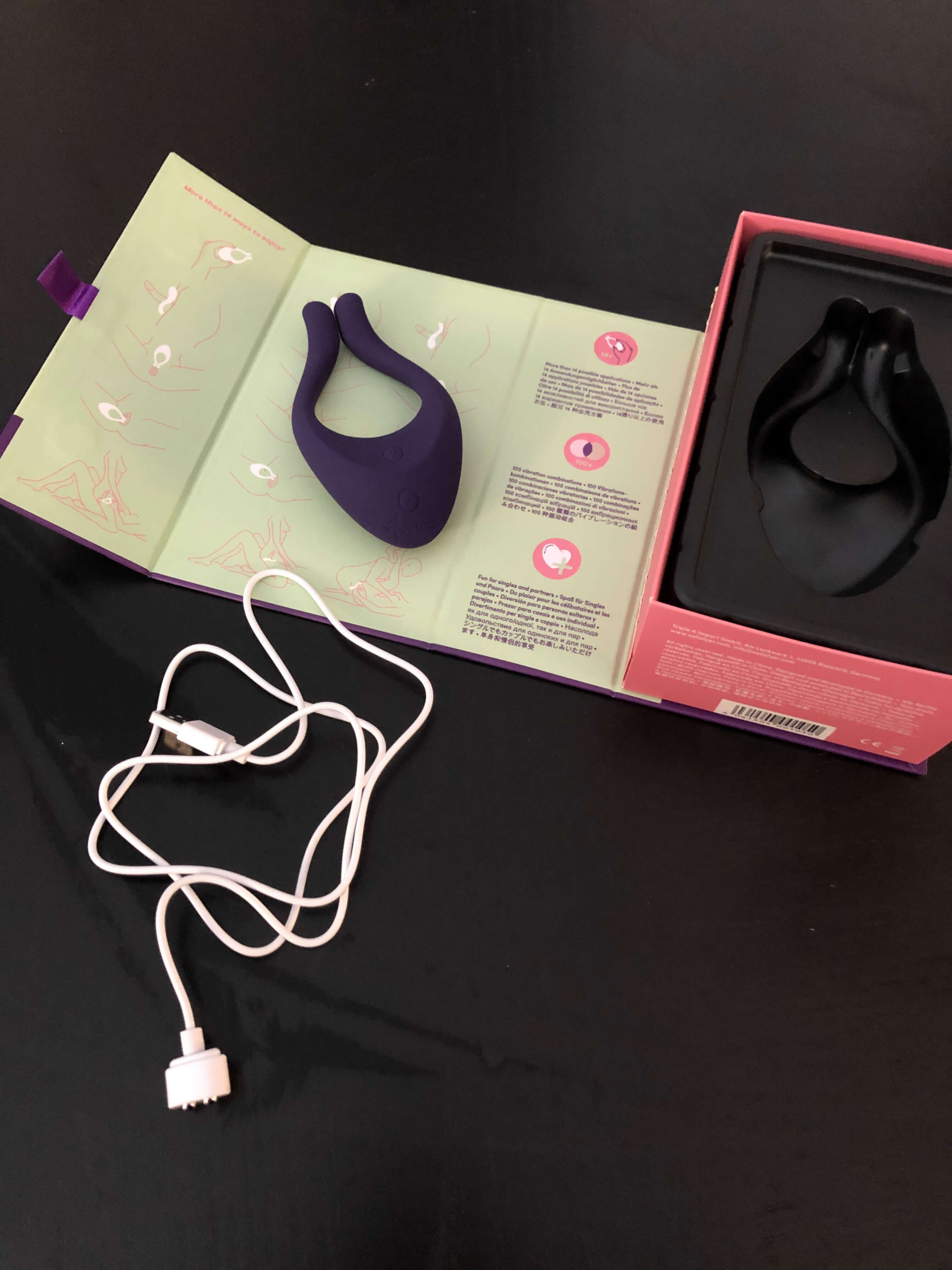 As I mentioned, when talking about what the Endless Love is made of, you want to stay far, far away from anything that could react with silicone. Again, don’t fret, as a dab of dish soap with some hot water does the trick wonderfully for cleaning before and after use.

While the box it comes in is flat-out astounding, unlike other toys, the Endless Love doesn’t come with any kind of bag to keep it in. However, a microfiber pouch or zip-lock bag will do the job well enough.

For all those toys under my bed, none of them noticeably stands out when it comes to the boxes they came in.

Enter—one more time with feeling—the Endless Love as the run-away winner in this department. To begin with, the box is of exceptional quality and stylish to boot, including a magnetic catch that snaps the lid closed.

Then there’s what I haven’t seen, ever, and not only in regards to sex toys: to get your eager hands on your newly-purchased Endless Love, you first have to break a paper, tear-away seal designed to keep it as hygienic as possible.

Inside, aside from the toy, there’s a USB charging cable that magnetically attaches to the Endless Love through a pair of contact points on the bottom.

If you’ve read any of my other reviews, you’re probably well aware of my frequent ravings against this type of charging system. But, for a third time, Satisfyer ups the ante by making one that works like it's supposed to, and though it still can be finicky to attach and keep it that way, its holding power is still light years beyond its competition. 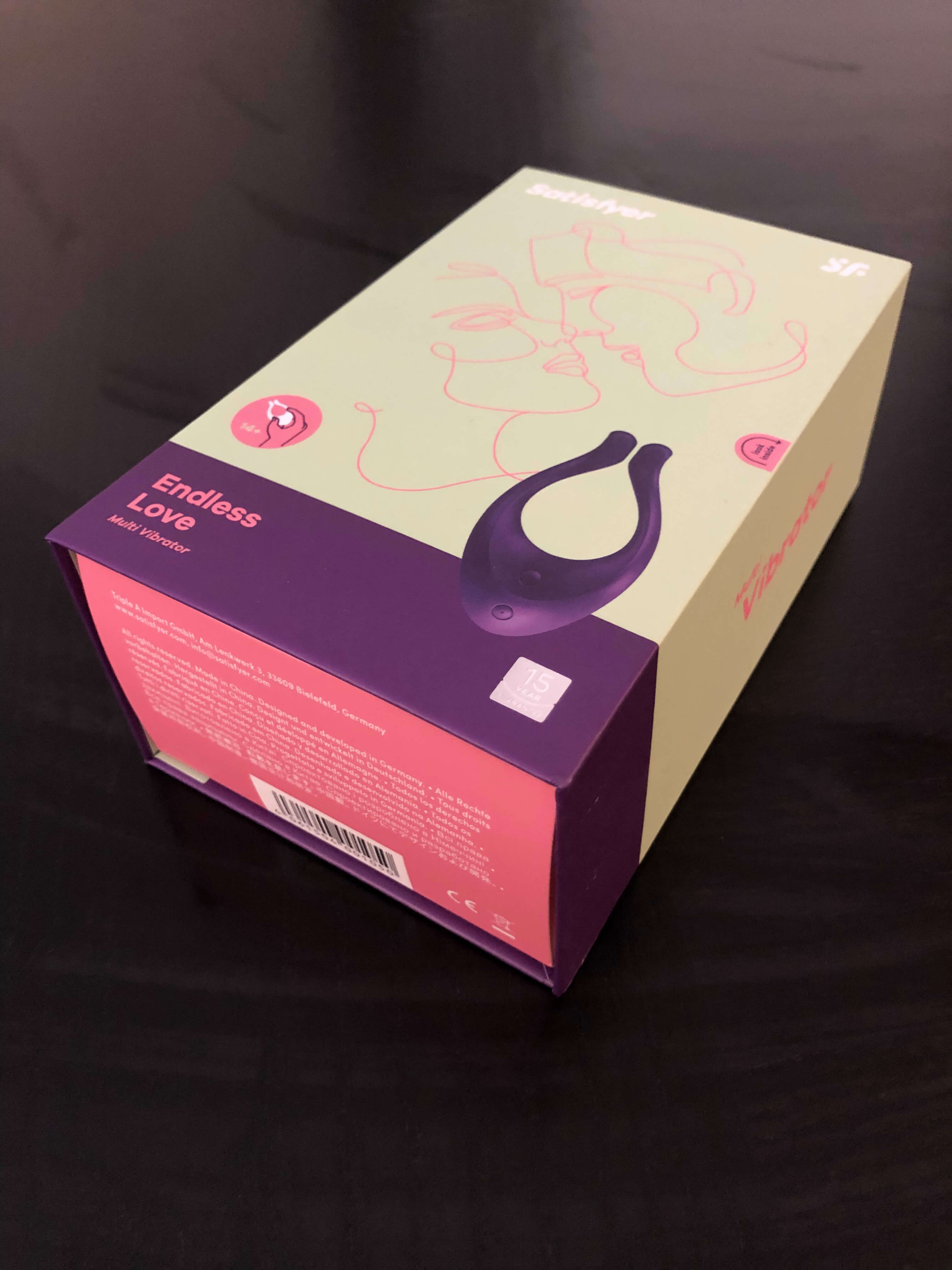 Satisfyer defines their Endless Love as a "multitoy", in its not a single product for a single need—or body type—but is designed and built to work across a whole spectrum of people and their sexual desires.

That, alone, I think is enough to purchase one as soon as possible as this kind of thinking, and these types of toys, need to be supported as they speak to the truth that we are not merely the construction of our genitals.

Putting that to the side for a moment, the Endless Love is a finely made sex toy all that much better though it’s mind-boggling versatility—for those playing with themselves and doubly so when they want to share their pleasures with another person.

The thing that makes the Endless Love stand out is the myriad ways it can be used on any configuration of bodies. IF you have time and creativity, lots of toys can be used in ways other than the way for which they were designed.

Toys that were designed to be used any way on pretty much any body part are harder to find, but the Multifun 3, also by Satisfyer does a good job of it. With its long-enough to reach just the right spot handle and curved arms to caress and titillate from a different angle the Multifun 3 is another good choice for sky's the limit fun.

Also designed without a specific use/gender/body part in mind is the Enby by Wildflower. The shape can be rolled to form a sleeve on a penis, laid flat for a vulva to grind against, or used in other great ways you should discover for yourself. Its rigid in the middle and flexible on the sides, vibrates and is ribbed on one side for more variations of pleasure.