'Period Brain': Is It Really a Thing?

Instagram is giving me all the envious feels these days, though it’s not a thigh gap or plump lips for which I’m pining. Among the plethora of hash tagged sex-positive and feminist movements, I’ve discovered a subset of the anti-body shaming niche aimed at normalizing and almost hero-worshipping the bad-assery of being a working woman on her period.

“Women can do anything, even while bleeding!” they cry. “Anything you can do, I can do while draining blood from my body for seven days!”

“Well, anyone except THIS woman,” I mutter to myself.

To these undoubtedly incredible humans (women, trans folks and anyone who bleeds monthly) who count themselves in the former statement, I am in awe and envy because my period renders my brain a giant ball of mush.

To put it simply, my boyfriend once told me that in the days just before and during my menstrual cycle, I appear drunk - when he damn well knows I’m completely sober.

You might have heard the term “baby brain” before. This odd-sounding term refers to the rush of pregnancy hormones known for turning previously competent women of high intelligence into forgetful space cadets. According to our friends at Intimina.com, these hormones are turning you into a super mom: intuitive, a master multi-tasker, protective of your child, and filled with love to give via all that oxytocin. But there's a downside too: you're also apt to become clumsy, forget that the phone you're frantically searching for is the same one you're speaking on, and make all sort of silly mistakes we hope you can laugh about later.

But I wonder, could period week hormones be doing the same thing to my childless brain, keeping me from joining the ranks of excited, bleeding boss babes? I asked Ruby May, Menstrual Cycle Awareness coach at Alchemy Eros, to help debunk what the ever loving hell is up with my head every time the full moon looms above.

Of course, managing that period in a way that's comfortable and convenient can't hurt! Check out Intimina for products options!

There's been a lot of social media hype lately that uses menstruation as a form of women's empowerment, namely in one's career. Hash tags like #whilebleeding carry a modern message that's akin to that old boys-versus-girls kids' song, "Anything you can do, I can do better." Except here, the message is, "Anything you can do, I can do while bleeding." What's your overall take on this message? How does it make you feel about how women are portrayed in today's feminist media?

Ruby May: While menstruation is strongly linked to women's empowerment, I believe the feminist idea of "anything you can do, I can do" is not only outdated but also destructive and counter-productive of where we need to be heading collectively. It denies the fact that we have different bodies, which give us a different experience in the world. We need to come out of the misguided stance that women need to mimic men in order to be on eye level with them, and drop the notion that any differences between us equals competition. Even though, as we know, gender is on a spectrum, and gender and bodies do not always match (as in the case of trans-identified people) - generally speaking, men and women are different. I believe we need to be curious about this and excited about the world of collaboration and creativity that opens up as a result.

If we as women listen to our cyclical nature, we realize that every day, through the ebb and flow of our hormones, our way of experiencing ourselves and life, our skills and what we find challenging, changes. Menstruation is the time of our cycle where our body is wanting to slow down, rest and recalibrate. Trying to emulate men and live life in a "linear" way as we've been taught puts a lot of stress on our bodies and exacerbates the cultural narrative we live in of perpetual growth and productivity, which is very obviously devastating to our planet.

We have a rather tragic history of associating women and their hormones with being irrational, the word 'hysterical' coming from the Greek 'hysterika' meaning womb! This has been used as an excuse as to why women are less eligible for powerful positions, and also why the vast majority of medical research (even on "female issues!") has been done on men. Women's pesky hormones are thought to get in the way of proper research! I believe it's time to create a big change around our perceptions of women and our cyclical nature and to start honoring our hormones and better understand how to make them work for us.

Read: 4 Ways Using a Menstrual Cup Can Make You a Better Vagina Owner

While I think it's fantastic that periods can be empowering, the whole idea of kicking ass in career and life while bleeding could not be further from the truth for me. My period turns me into an exhausted, overly emotional, space-out zombie. I'm apt to ask redundant questions, send absentminded emails and have a hard time just managing basic tasks, like finding things or staying organized. Is this common, or am I in the minority? What's the cause of my constant period "doh!" moments?

Ruby May: When we menstruate, our bodies are at the point of our cycle where the natural need is to rest and recalibrate. Because of the taboo associated with menstruation and our tendency to try and emulate men, most of us are completely out of touch with our cycle. Through my own experience and talking to hundreds of women who practice cyclical living, we enter a very special state when we bleed, which is most definitely not conducive to carrying on life as normal! I see the different phases in the cycle as though we operate in different gears in life. There is a gear that is, for example, conducive to being organized and strategic, extroverted and "getting stuff done," [which is] more towards ovulation. When we bleed, we simply enter a different gear. It may feel like "period brain," or a sense of struggling to carry on with everyday tasks, but it still contains some fascinating qualities and capacities!

When we really embrace and explore this phase, many women experience heightened sensitivity and intuition during this time. From my experience, women who practice living cyclically report less challenging symptoms, such as PMS and period pain, and enhanced well-being in life when they rest properly during menstruation. How many women do you know who are addicted to "doing," who feel guilty resting and yet also struggle with stress and burnout? Nearly every woman I know! Living cyclically is a powerful path for deconstructing our guilt around rest, and learning how to listen to our bodies so we generally feel better in life!

Of course, we are resilient and strong-willed, and most of us can probably continue life as normal. The question is: do we really want to?

Read: Comfort at Your Time of the Month - Tips For a More Pleasant Period

Is there really such a thing as "period brain” in the same way “baby brain” exists? Can you explain why a woman might experience these symptoms during her period?

Ruby May: After ovulation, as we move towards menstruation, the hormone estrogen dips and progesterone is increased, which has a soothing effect on the brain and on the muscles, exactly as it does during pregnancy. This is a reason why many of us are slower, have less energy and feel more spacey as we move towards our bleed. There's also a dip in serotonin, which can cause a feeling of flatness and irritability. Many women suffer from menstrual pain, which can also affect cognitive functioning and performing everyday tasks.

Do you have any recommendations as to how women who have space-case period issues can function better in life and career during this time (if that their individual goal, anyhow)?

Ruby May: I would say that if you can avoid it, this is the time to NOT "function better." This is our time to rest, dream and remove ourselves from daily activities to the best of our abilities. You will be amazed at how much better your energy levels are throughout the rest of the month if you follow your body's needs.

Of course, not everyone has the luxury of taking time off during their menstruation, but I would still recommend listening to your body and following what it needs as best you can, rather than going against it. Organize your schedule so you don't do more than absolutely necessary. Develop a loving relationship with your body and its cyclical nature and talk about it!

We have a long way to go before living in a culture that celebrates cyclical living, so those of us who are experimenting with it are true pioneers, and the more we talk openly about it, the better. By doing so, we are creating a a new culture that acknowledges that rest is just as important as action, which has massive ramifications in a world dangerously obsessed with constant productivity and "more is better." We are redefining our notions of strength and weakness, changing, for example, the dangerous and misguided notion that listening to our body is weakness.

Intimina menstrual cups are available online and at your nearest CVS store.

MORE FROM INTIMINA
All Articles 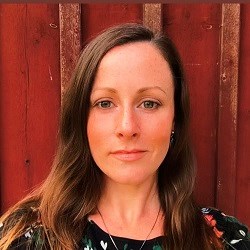