Not Really My Thing: When Your Partner Reveals Kinks You Don't Share

by PAGE TURNER
Published: SEPTEMBER 5, 2017
You don't have to love your partner's kinks - or even participate in them. You do, however, have to be fair and respectful.

"You know what I'm into?" your partner asks.

"No, what?" you say, excited at the sexy possibilities.

But then they say something you are so not into, and all that excitement drains away.

It can be difficult to know how to proceed at moments like these. Yet, one crucial step is figuring out why your partner is sharing their kink and what their expectations from you are moving forward. Here's what to do if your partner shares a turn-on that turns you off.

Sometimes people share their kinks because they want you to know them better. That's it. That's the whole reveal. The whole purpose here is just to share, so you have a better understanding of who they are and what makes them tick.

It doesn't even matter if you're into it or not to them, so long as you don't shame them for liking it.

Kinksters are known for tossing around one very common phrase: Your kink is not my kink.

You'll also hear its validating cousin: Your kink is OK.

When your partner reveals a kink, don't assume that you have to participate, or even be enthusiastic. They may just be sharing a part of themselves. That's OK - and so is the fact that you're not into it.

For the most part, this scenario causes few problems, provided it's not something that squicks you (we all have our limits, after all).

Yes, it's time consuming and can be kind of boring to indulge kinks you don't share with a partner. But so long as they return the favor and indulge a few of yours, this can be a pretty equitable and mutually gratifying situation.

Sometimes even if you aren't getting sexual gratification out of a specific act, you can derive other benefits from it.

I had a client whose partner had a foot fetish that was very important to him. She was perfectly fine with his playing with her feet. Admiring them. She was even open to giving him foot jobs, a sexual practice much like hand jobs where she would rub his penis with her feet.

It was a trade-off, she said. He was very gracious about massaging her feet, which felt great to her, so she figured she'd indulge his kink. They both got something out of the deal.

Countless others have found that participating in a kink with a partner has cemented their bond emotionally, even when it's one that they don't personally share.

The key here is that your partner is also willing to accommodate acts that you're interested in that aren't exactly their cup of tea either. If they don't, then the one-sided nature can quickly lead to resentment.

Sometimes indulging a partner's kink might not be enough for them. They want you not only to indulge their kink but to share it and get gratification out of it.

This is where things start to get a little tricky. Kinks can be incredibly personal. What your partner finds sexy simply might not do anything for you. While your partner might be quite excited about the idea of indulging their fantasies and having you be equally titillated, it's unreasonable and an exercise of poor boundaries to demand that someone else be into the same things we're into.

Thankfully, I've found that this third scenario is more rare than the first two. Still, it does rear its head from time to time.

When it happens, there are a few options:

The last option is really not recommended. Much like faking orgasms, pretending to be into someone else's kink when you're not can lead to a vicious cycle where you're engaging in deception that robs you of actual gratification, wastes your time, and breeds resentment for them.

I worked with one client whose boyfriend randomly surprised her by wearing a garter belt and stockings in the bedroom. While it didn't offend her, she was a bit confused by this act, as cross-dressing wasn't a turn-on for her.

As it turns out, it wasn't for her boyfriend, either. Instead, he'd been sexually dominated by a partner in the past that was really turned on by cross-dressing and feminization play (e.g., putting make up on him, etc), and he'd assumed (wrongly) that his new lover would want the same things from him.

Once they sorted this miscommunication out, it struck her as funny, but up until that point, she was quite worried about it, especially the possibility that it could be something he wanted her to be into as well.

Ways to Sort Out the Difference

First and foremost, be honest about your lack of interest in any kink your partner brings up. Something simple and straightforward like, "I'm glad you told me, but it's not really something I'm into."

Then, observe their reaction, and consider asking the following questions:

You don't have to love your partner's kinks - or even participate in them. You do, however, have to be fair and respectful. Open, honest, and non-judgmental communication between you and your partner can go a long way! 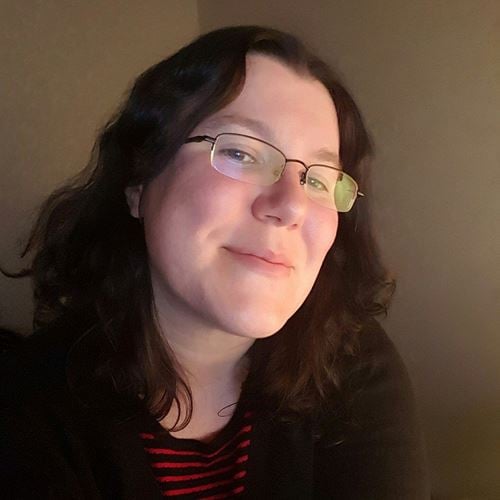 Page Turner
Page Turner is a relationship coach and social connector in the poly and kink communities. She is the head writer for Poly.Land, a website that publishes new content daily with an editorial focus on ethical non-monogamy, and the author of "Poly Land: My Brutally Honest Adventures in Polyamory." A giant unabashed psych nerd, Page has also worked as a psychological researcher and an organizational behavior consultant.
In The Kinkly Shop
Visit The Kinkly Shop