by MISTRESS KAY
Published: JUNE 8, 2020 | Updated: JULY 21, 2020
Presented by KINKLY SHOP
When used in conjunction with the Neon Wand and the Power Tripper Attachment, the conductive Thunderclap paddle is, quite literally, electric!

Everybody knows that every paddle provides a different sensation during a spanking. Faux fur paddles offer a softer touch while a wooden paddle can provide some of the most-intense stinging you've ever felt. Hanging out in the middle, you have leather paddles that can lean towards softer or firmer depending upon their build, rigidity, and size.

But electrostimulation spanking paddles? That's a new one.

An entirely new sensation to the world of spanking, we'd like to welcome you to the Kinklab Thunderclap Paddle. When used in conjunction with the Neon Wand and the Power Tripper Attachment, this conductive paddle is, quite literally, electric!

Each spank from the Thunderclap will make sparks fly! (Safely, of course!) When you're not feeling the e-stim capabilities, the Thunderclap makes a stunning paddle all on its own.

How does it work? Well, first, you need to understand what the Neon Wand and Power Tripper do.

What Do the Neon Wand and Power Tripper Do?

Our most-recommended product for beginner-friendly electrostimulation, we start off our journey with the Neon Wand. This handheld e-stimulation toy is literally plug and play.

Make sure you and your partner are safe for electrosex stimulation, plug the wand into the wall, and the Neon Wand provides instant surface-level e-stimulation sensations - literally in the palm of your hand. Switch out each of the electrodes to vary the intensity and the spread of the electrifying touch - or use the adjustment dial at the base of the Neon Wand. 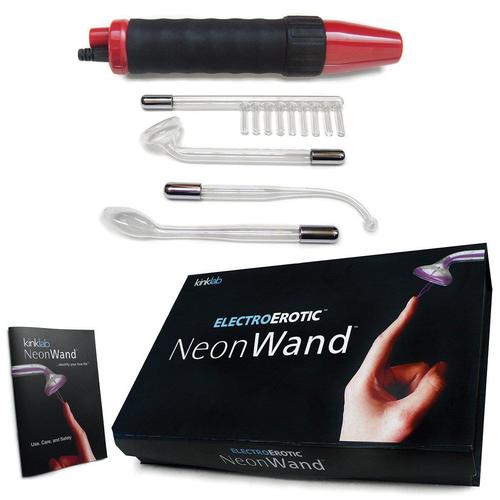 When the Power Tripper is firmly connected with a body, it allows the electrostimulation of the Neon Wand to transfer through a body. This means that every touch of the wearer will now be an electrified adventure.

The Neon Wand is a made-for-sex alternative to the Violet Wand. Violet Wands (or "Violet Rays" as they were known for back then!) have been around since the 1800's - and were primarily used as medical treatment devices. Around the 1980's, the kink community got their hands on the Violet Wands, and they're still a prominent staple there today!

The Neon Wand is a designed-for-sex alternative on the Violet Wand. With a much-lower price tag, much-better durability, and intensity settings that are better suited for the average person (instead of the high-level intensities of Violet Wands that can be used for branding!), Neon Wands - and their arousing accessories - are the easiest way to jump into electrostimulation - especially if you're a beginner! 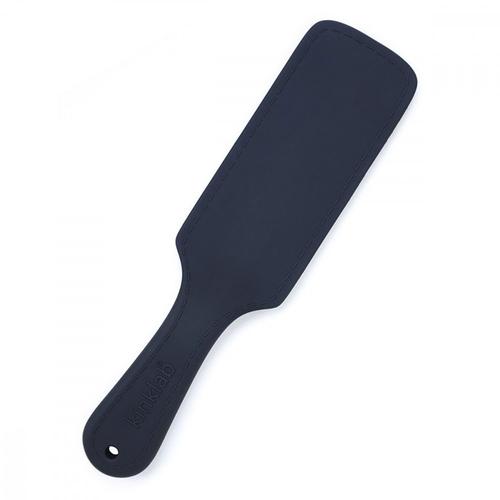 How Do I Use the Thunderclap Paddle?

We know, we know. At first glance, the Thunderclap can seem intimidating - and complicated to use. We promise, it really isn't! Once you work yourself through the instructions the first time, the second time will run really smoothly.

For that reason, we recommend setting up and going through the motions of using the Thunderclap before your scene. This way, you're confident in how everything will go, and during your actual playtime, everything will run smoothly.

That being said, we promise: it isn't too complicated! Here's your step-by-step instructions on how to use the Thunderclap paddle: 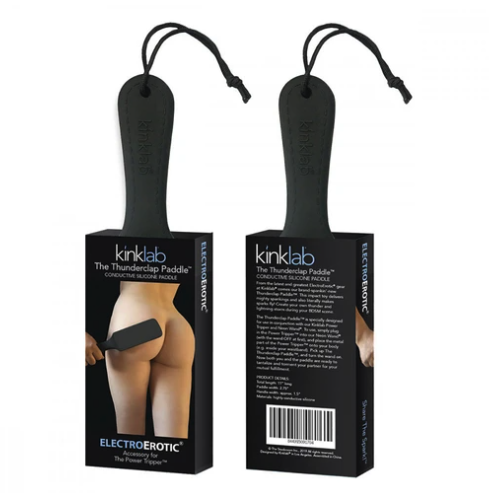 Learn More About the Thunderclap Paddle