New Toy to Know | The LELO Soraya Wave Builds off the Best-Selling LELO Soraya 2. Save Over $30 this Week Only!

Is Your Relationship Unhealthy or Abusive? Knowing When to Get Help and Get Out

Takeaway: There are different types of abuse that can be present in a relationship. Here's how to spot some of the differences so that you can get help and get out.

When people think of domestic violence (or intimate partner violence), images of a woman being physically beaten by her male partner come to mind. Posters, movies and television shows tend to paint domestic violence in this singular narrative. Women are always the victim, men always the perpetrator, and it all comes down to be punched or kicked - at least that’s what the media tells us.

But there's more to it than that. What if you're unhappy or feel unsafe, but your partner hasn't actually hit you? Or what if your partner is the same gender as you or the person who scares you is a woman? Does that even count?

Or perhaps this isn’t happening to you, but to someone you love. They call you crying and text you that they feel miserable and scared. You might ask if their partner has hit them, but they say no. What else should you say?

The problem is that our culture has very distorted views of what constitutes an abusive relationship. We rarely discuss male victims, same-sex relationships, or the myriad of ways that abusers cause serious and real harm, many of which don't involve physical abuse. Let’s look at the many forms of abuse that are part of domestic violence, which may exist alone or with other forms of abuse.

Read: 15 Signs That You're In an Emotionally Abusive Relationship

Psychological abuse is often seen as less dangerous. It is also less likely to garner a protective response from family and friends. Both of these facts are extremely concerning because psychological abuse is meant to tear a person down mentally. This can leave the longest lasting scars and long-term health effects. Examples include name calling, humiliation, degradation, making a partner feel stupid, worthless or like no one else would want them. Are you in an emotionally abusive relationship? Here are 5 tips to help you leave.

Many abusers will quickly require a shared bank account or to buy things together (though often in their name). They will then deny the victim access to money, use the shared money for their own gain, and ensure that the victim is withheld the means to walk away.

Religion can be a beautiful and powerful thing, but abusers will often misuse this power for their own devices. Guilting their partner about their religious “duties” to serve them or stay is a dangerous and common tactic. This is also true for spiritual leaders who use their positions of power to persuade and threaten followers into doing whatever they ask.

Did any of this even happen? Maybe you were just blowing things out of proportion, or maybe you are just too sensitive? Or maybe your partner is gaslighting you. Gaslighting comes from a 1940s movie by the same name. It means to make a victim feel crazy and doubt their ability to think rationally. This is usually partnered with another form of abuse so that the perpetrator can cover their tracks and disempower the victim from standing up for themselves.

Abusers may request that they go through your phone or listen in on your calls because they, ”just care, ya know?” They will constantly text if you are out and demand to know everywhere you are going and enforce a curfew or show up where you are. In many cases, they may make the victim move to isolate them further. Isolation from family and friends means fewer questions and more control over a victim’s mind.

One of the most overlooked forms of physical violence is sexual violence in a long-term relationship. Many people think that if someone is their partner or spouse, then sexual exploitation or rape isn’t possible or that no one would believe them. Whether a partner forces you to send vulnerable pictures, makes you dress in a provocative way, or requires you to do sexual acts that you aren’t enthusiastically consenting to doing, all are forms of sexual abuse. Consent is mandatory no matter your relationship status. Plus, as of 1993, marital rape is illegal in every state.

What to Do If Someone You Love Reaches Out About Abuse

If you or someone you love is experiencing any of the above, know that getting help is vital. Do not ask yourself or your loved one if they have been hit. Hitting is one small part of the domestic violence picture. Tell them that if they feel scared for any reason at any time that you will support them getting help and that there are many resources available.

A few years ago, I was on a plane and sitting near a woman who suddenly burst into tears when we were de-boarding. I walked up to her and asked if she was OK. She said that she was coming home to pick up her grandchildren who would now be living with her. Her daughter was married to a very accomplished man and lived in an affluent community, and she and her husband had three children together. The woman knew that her son-in-law could be emotionally cruel and that her daughter complained that they fought a lot. But when asked, she said he never hit her so the mother thought everything would be OK. Then one night he shot his wife and himself; the violence went straight from emotional abuse to homicide.

So, what can you do? First of all, get support. Couples' therapy only works if the other person wants to change. This is usually most effective for unhealthy relationships, ones that involve struggles with communication styles, disagreements about balancing expenses, or different emotional needs. It rarely works where abuse is present. Above all, focus on getting help for yourself. See a therapist who works with survivors, go to a support group, and talk to advocates who can help you make a plan to leave.

If you have a person in your life who is dealing with an abusive relationship, support them. Abuse is a cycle; they will go through hell and then into a honeymoon phase where it looks like everything will be OK. It won’t. Do not ask them to simply leave or blame them for feeling conflicted. Leaving an abusive relationship is incredibly difficult and complex. It often takes victims a number of tries before they leave for good. Tell them that you love them and that you understand how hard this is.

Many victims and abusers come from homes where abuse and violence were present. We often tell ourselves that what we are experiencing is “normal” and just the way relationships are. This isn’t true. Everyone deserves better than to live in fear. You deserve to feel physically and emotionally safe, to not fear disagreements, and to not walk on eggshells trying to guess how to not upset your partner again. Life and love are meant to be lived freely and openly, without fear or trepidation. Demand this for yourself and you will start changing the standard for future generations at the same time. 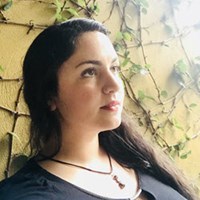 Dr. Laura McGuire is a nationally recognized sexuality educator, trauma-informed specialist, and inclusion consultant at The National Center for Equity and Agency. Dr. McGuire earned her bachelor's degree in social sciences from Thomas Edison State University and her graduate degrees in Educational Leadership for Change from Fielding Graduate University. Her experience includes both public and private sectors, middle schools, high schools, and university settings. In 2015, she served as the first Sexual Violence Prevention and Education Program Manager at the University of Houston, and in 2017, she became the first Victim Advocate/Prevention Educator at the US Merchant Marine Academy.