I Married a Man 10 Years Younger Than I Am. Here's What Our Sex Life Is Really Like

If you had told me a few years ago that I would soon be married to a dashing, strawberry blond Englishman named Harry, I would not have believed you. And while I can assure you that I am indeed not Meghan Markle, who is soon to be married to the other, more royally inclined ginger called Harry, we have a few things in common. I too am a 36-year-old divorcee who is not a U.K. citizen, and I too am older than my groom (although in my case by a good 10 years instead of her three). And thus, despite the fact that she is set to marry a prince, I think I am uniquely qualified to express my sympathies.

Because even in this day and age, there has been a lot of humming and hawing about the fact that Markle is divorced and older than her soon-to-be groom. It seems at the close of 2017 it’s still unusual for a highly eligible young man to marry a woman who is not only clearly not a blushing virgin, but also his senior. In fact, as Meghan is soon to realize (if she hasn’t already), it is so unusual that even friends - after a few too many glasses of Shiraz - often have questions about what it’s like.

Doesn’t he exhaust you, sexually?

Well, sometimes. The boundless energy and enthusiasm of a male in his mid-20s is the stuff of legend, and rightly so. But when I experienced it the first time 'round (when I was also in my early 20s) I was simply too insecure and inexperienced to fully appreciate it. Back then I was so busy worrying whether my stomach was taut enough and if I was doing everything right with my Kegels that I just couldn’t enjoy it.

That said, sometimes I exhaust him. Libido isn’t something that fits into a box or follows a script. There are often discrepancies in desire, whether you are the same age or not. Fortunately, lust is like the Ebola virus – highly contagious.

It must be great not to have to worry about his performance!

Well, just as libido doesn’t follow a script, neither does erectile performance. While men in their mid-20s are generally more sexually virile than those in their mid-forties and up, every man is different, as is every penis. And there are a host of factors that have an impact on that penis.

Don’t you get jealous of younger women?

Well, I guess – sometimes. It’s hard enough competing with all the beautiful, accomplished women in their 30s, I now have to contend with my husband's peers who all have 10 years’ less wear and tear on their faces and 10 fewer years served in the war against gravity. But just as our society worships youth, it also undervalues age and experience – especially in women. I know better.

You just have to look around you – while older women with young men are still an anomaly, it's common for men in their 30s, 40s and beyond to date much younger women.

I see men in their thirties, forties, fifties and even sixties coupled with women in their twenties. None of us is immune to the attraction of youth, but we should also remember that a great many good things come with age. An amazing sex life may just be one of them.

Perspectives
Don’t Let Self-Consciousness about Your Aging Body Keep You From Having Great Sex
by WALKER THORNTON
Advertisement
Have Better Sex! 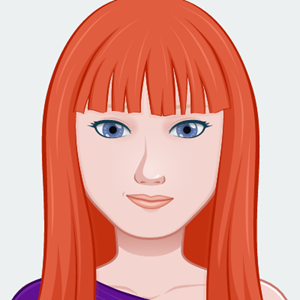 Marguerite Phillips is a writer, lover, sex enthusiast and body positivity advocate. She lives in London with her husband and their cat.