From Meditation to Orgasm? This New App Aims to Lead the Way

If there’s one thing that can fuck with an orgasm, it’s stress and having that never-ending to-do list constantly scrolling through your head. Great sex - whether with yourself or a partner - is about letting go. Unfortunately, a busy mind can make it hard to fully inhabit your body and, therefore, to fully experience pleasure.

The recent glut of meditation apps out there points to how much we all need to chill out. In 2020, downloads of these apps hit more than 10 million per month. And, while meditation has been shown to have a positive impact on people’s sex lives, most people don’t combine meditation and sex.

But maybe they should. For Sayra Player, the founder of Guided by Glow, an app that aims to combine the best of audio erotica and guided meditation, combining sex and meditation was a no-brainer. A method actor who has spent decades meditating and practicing yoga, she recognized how these practices can help you tune in to your body in a different way.

“Sensory stuff is a big turn-on,” Player said in an interview last month. “It opens the body and gets people relaxed and in their imagination.” 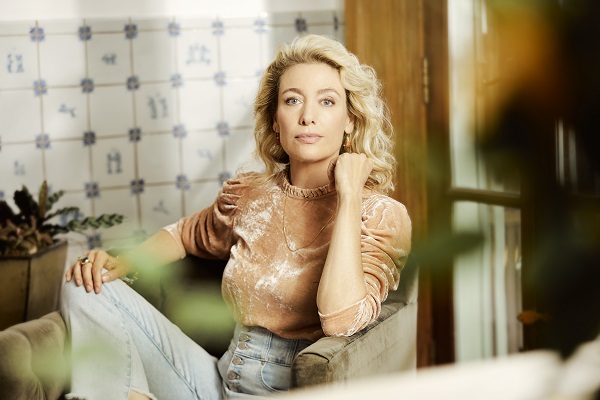 Inspiration for the app came from a guided meditation session - one where Player found herself wishing for a sexier ending.

Read: How Mindfulness Can Help You Have Better Orgasms

The recently launched app now includes 50 different sessions, all with the soothing voices and calming auditory sounds you’d expect from a relaxation app - and the arousal you’d expect from audio erotica - as the listener is led through a range of sexy scenarios.

But while the app is pleasurable, the benefits may go deeper than a one-off experience. In fact, research suggests that mindfulness can help contribute to better sexual health.

The Guided by Glow app

It makes sense, right? After all, if you’re trapped in your head, how can you fully absorb and appreciate what’s happening in your body? Plus, anxiety and stress hormones do not play nice with sexual pleasure. They can reduce lubrication and arousal, stymie erections, and make an orgasm next to impossible.

While audio erotica apps like Dipsea and Quinn tend to focus on sexy narratives, Guided by Glow’s sessions are guided experiences that leave room for the listener to get into the story, rather than become someone else. This, Player says, is why the voices guiding the sessions are anonymous, and descriptions tend to leave out details about other people in the story, such as hair color, eye color or skin color. This way, listeners can put just about anyone into their guided fantasy. Sessions are also split to half heterosexual and half same-sex fantasies. Player says they are also working on a section for nonbinary listeners.

When I asked Player whether there was a "formula" to the sessions, she agreed there was. Just like a meditation or favorite yoga class, there's a rhythm here that listeners can learn and get comfortable with. The sessions start by inviting listeners to drop into their bodies. Next, they bring in imaginative auditory elements like weather or waves or the entrance of a person. Then, the sensory seduction begins, moving listeners gently towards, well, climax. This part is also open-ended, gently inviting the listener to imagine an ending rather than listening to one that's already been scripted.

The experience has also been described as ASMR, or audio sensory meridian response, a pleasurable tingling sensation that some people feel in response to certain auditory stimuli. While ASMR isn’t sexual, it typically is intimate, and often features soft voices, whispers and scratching or tapping sounds, among other stimuli.

“When you hear a super relaxed breath or the lick of the lips between a breath it’s … powerful,” Player said. “But it isn’t something we intentionally set out to do - it just creeps in there.”

Guided by Glow is available for Android and Apple devices at https://guidedbyglow.com.

How to Pleasure
QUIZ: How Good at Dirty Talk Are You?
by KINKLY STAFF

Relationships
I Added Dirty Talk to the Bedroom - Here’s What Happened
by AURORA BOREALIS
Advertisement
Have Better Sex!

How to Pleasure
QUIZ: How Good at Dirty Talk Are You?
by KINKLY STAFF