Floggers 101: How to Get Your Flog On

Which, in all humility, is where we come in with what we hope will be a nifty how-to on everything you wanted to know about floggers—even the stuff you may not have thought about asking.

Floggers come in a pretty wide range of styles, types, and materials; there are short, few-strand, vinyl floggers, floggers with massive leather strands, and even rope variety floggers.

Because of this, we will no doubt not be able to cover each and every iteration of this toy. Have no fear, though, because no matter the size, construction, or weight, there are a few universal precepts that carry over to each and every flogger.

The first is that a lighter flogger—with or without a great deal of tails or strands—will usually delivery much more of a stinging sensation. This is doubly so if the flogger is made of a synthetic material, like latex or plastic.

Conversely, a heavier make and model, usually made of something, like leather, often results in a deep, more penetrative impact. 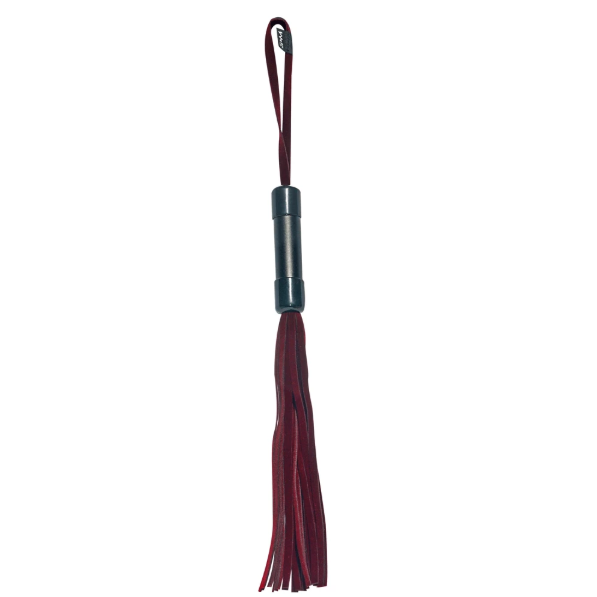 [The Enchanted Flogger from Sportsheets has delicious crimson velveteen tails that are perfect for both caressing and delivering satisfying flogging.]

Because of this, a lighter one, at its worst—or best, depending on your kinky frame of reference—will deliver something like welts, while a heavier variety’s use can result in deep bruises.

Where to Use a Flogger

As for where on the body, the recommended area is Nature’s pleasure cushion: the ass.

Sure, some people like to receive impacts on their shoulders and even the thighs, but, to be honest, this is only a good idea if both parties, the flogger and the floggee (however that’s spelled) have a great deal of experience as there’s a real risk in causing potentially serious injury if it’s not done correctly.

The ass, though it a very forgiving bit of human territory—as long as you studiously avoid hitting the lower back or coccyx, also called the tailbone. The reason you want to avoid these areas is that, although the potential is small, damaging the spine is still a possibility.

In fact, it’s personally recommended that you temporarily put aside domination and submission roles when you first get into flogging as you don’t want any limitations in being able to speak and share how things are going—at least until you both get to know how floggers, and being flogged, feels.

How to Use a Flogger

We really recommend practicing with a new flogger on a pillow until you get the hang of how it behaves and how to get it where you want it to go.

After this, the key that many use to have a good time is to be steady and rhythmic with the flogger, as this allows the bottom to get into the sensations. Being irregular in strength of impact or location, may result in the play feeling jarring (i.e., being more irritating than enjoyable).

Remember the coccyx? Well, here’s the thing about floggers: even though you may think the tails are landing where you are aiming them, sometimes they can “wrap,” which is where the strands curl around on impact and causes stinging sensations

What does this have to do with the tailbone? Well, for beginners it can be tricky to aim for the nice, juicy parts of an ass and accidentally cause the tails to wrap and hit that fragile part of the body.

Speaking of safety, floggers can sometimes be on the heavy side, and using them usually requires quite a few swings. As such, it’s important for the top to get into a stable and comfortable position so they don’t end up hurting themselves more than their playmate.

Advertisement
MORE FROM SPORTSHEETS
All Articles

So don’t hesitate to get your bottom’s… well, bottom into an advantageous spot where you can be accurate and not cause damage to your back or shoulder.

How to Pick a Good Flogger

While there are many kinky hand-crafters out there, for a beginner it’s better to purchase a well made flogger rather than trying to make one yourself. It’s just that the masters of making them know how to balance them, what materials to use, the correct length of strand for the best experience—all that stuff someone new to the scene might not know.

The other thing is that you’ll probably end up with more than one flogger in your play-bag. There may be one flogger that gets your bottom warmed up and then, after they are nice and toasty, another flogger or two to really get at that delightfully deep tissue and get the endorphins rolling.

As for what to look for in your very first flogger, personally, we recommend picking something that’s as comfortable as possible for the bottom as well as the top, so both of you can get used to how it behaves and feels.

This in mind, leather—rather than latex or other artificial materials—is great as it’s not too intense and gives a deeper, more generally sensual impact. Though if you do like more of a sting then, by all means, go for the latex variety. 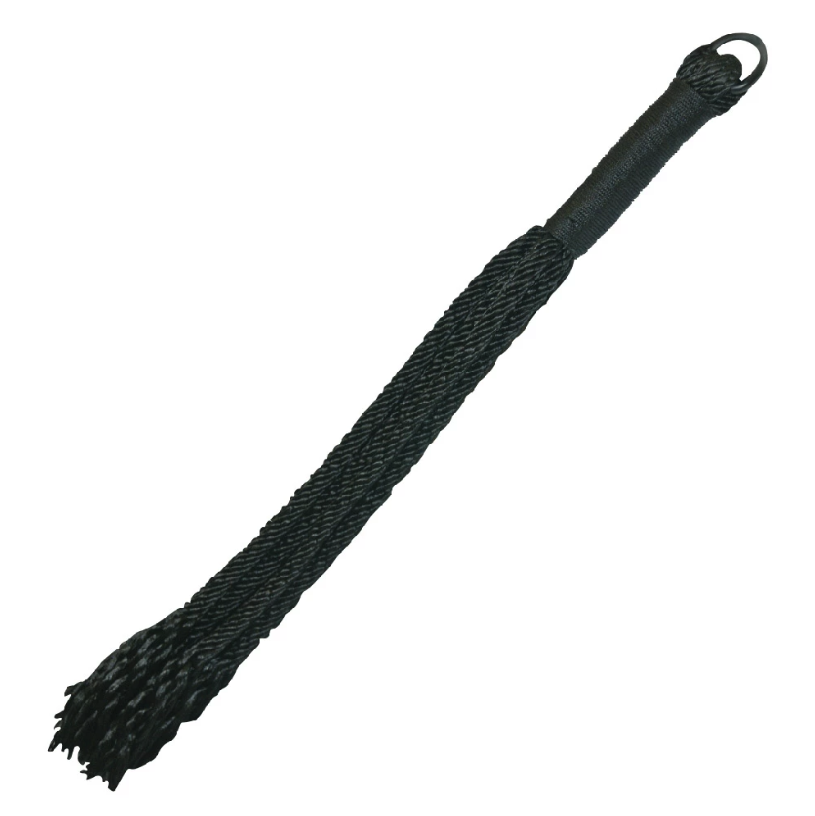 [If you're looking for a flogger with multiple play options, consider something like the Shadow Rope Flogger from Sportsheets. The sleek ropes allow you to tickle and tease your partner as well as incorporate flogging.]

In regards to length, while flogger with shorter tails might seem like a good thing to pick up for beginners we actually suggest one that’s more in the medium range. The logic here is that with a shorter one, the tails will have less weight and will, again, usually produce more of a sharp sensation. With one that’s not too short and not too long the sensation should be less sharp. In addition, with medium length tails it should be quite easy to control where they land.

Finally, we also recommend picking up a beginner’s flogger that isn’t, for lack of another word, fancy: no knotted or braided tails, for instance. The thing here is that these extra bells and whistles can many times make the toy feel really intense—and might be too much for folks who haven’t yet gotten some flogging experience under their belts. 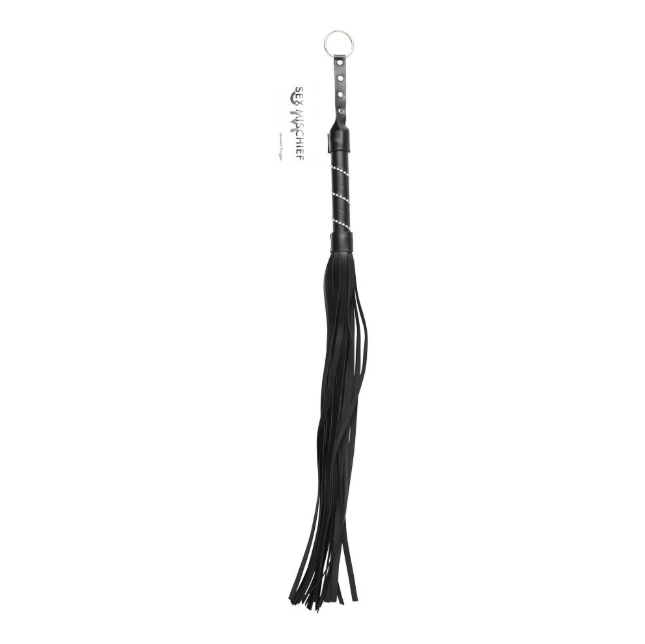 [Once you have a bit more experience with floggers, you may enjoy a long, luscious flogger like the Jeweled Flogger from Sportsheets. With 30 inch falls, this flogger is both sophisticated and dominating.]

So when they do—and will—go wrong don’t hoist blame, but instead listen, respond with compassion, and move on with hopefully a better understanding of how to do better next time: which goes for those being flogged as well as for those doing the flogging.

With all this in mind, have fun selecting, practicing, using your new flogger—or floggers as the case so often is—and may smiles, moans, and delighted squeals be a sign of even more exciting times to come!

MORE FROM SPORTSHEETS
All Articles