by TARA STRUYK
Published: MARCH 16, 2021 | Updated: APRIL 22, 2021 04:51:06
As an entrepreneur succeeding in the sexual health and femtech space, Lyndsey Harper is helping lead the charge toward a world where women’s health - and sexual health - are a priority.

By her count, Lyndsey Harper has delivered more than 2,000 babies. But despite being a trained and experienced OB-GYN, she never felt confident giving advice about the sexual health concerns her patients often brought to her attention.

“I would hear, literally on a daily basis, women who would confide in me about issues like low sexual desire or trouble with orgasm. In fact, 43 percent of women have a sexual problem or concern at some point in their lives, but for some reason this is completely missing from even an OB-GYN’s training,” Harper said. 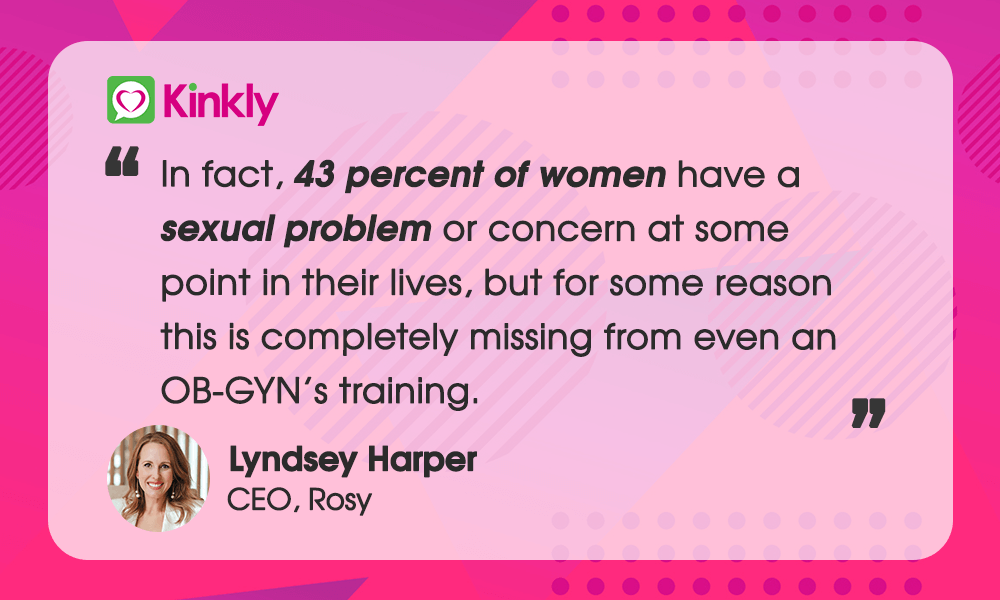 So, Harper did what many good doctors do when their patients are in need - she tried to learn more.

“I joined a medical society called the International Society for the Study of Women’s Sexual Health and I learned that there were evidence-based interventions for these problems and we should not be telling our patients to drink a glass of wine or go on vacation or get a new partner,” Harper said, referring to the way many women are brushed off when they have real complaints about their sexual lives.

Harper also founded Rosy, a mobile platform for sex education and sexual wellness designed to connect women with education, resources and evidence-based advice around their sexual health. The app includes educational videos, classes, a community and even erotica to help women get in touch with their sexual selves. The platform is also moving toward providing telehealth services to allow users to address their concerns with an expert.

The community now includes more than 40,000 users and 3100 healthcare providers who are referring patients to the platform. 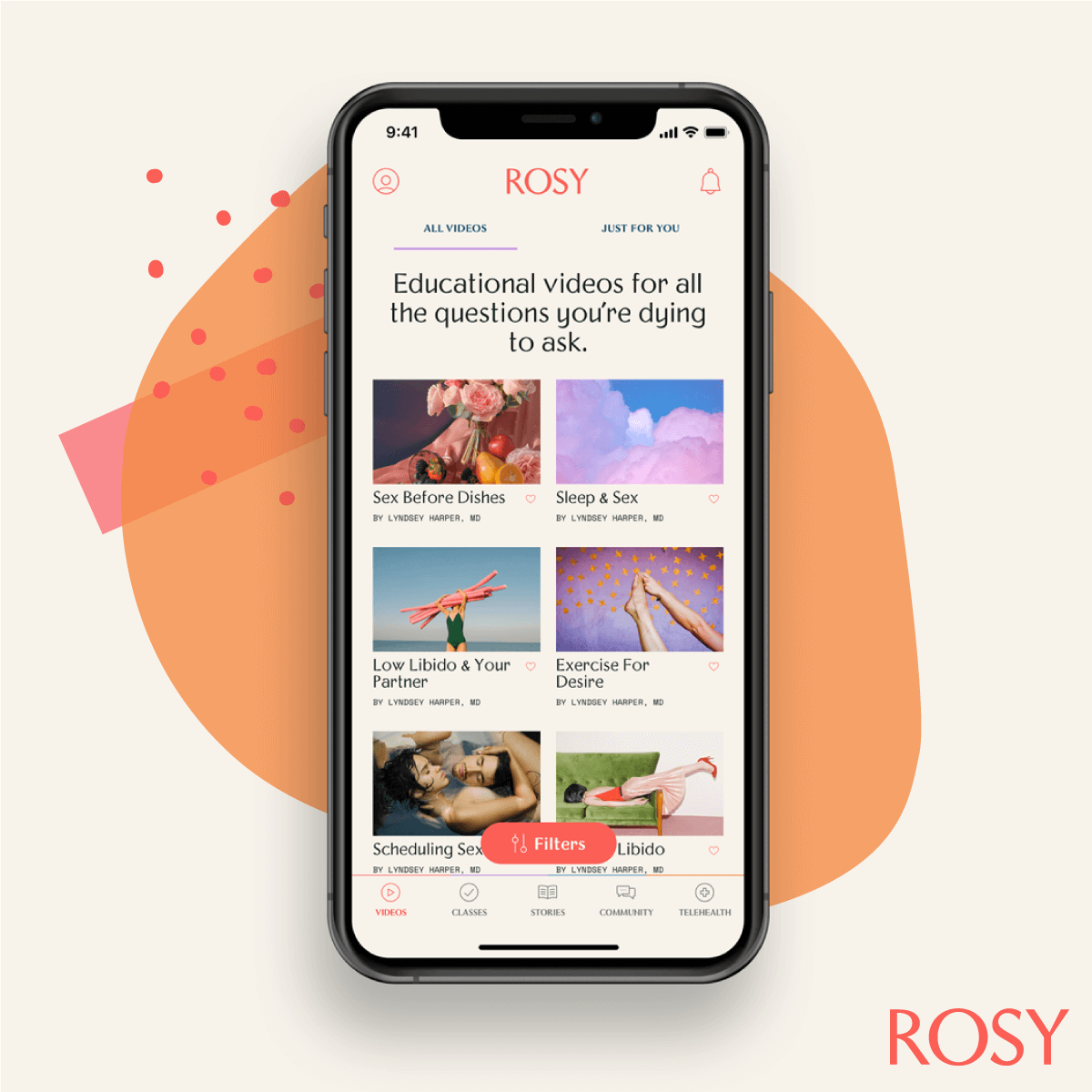 But women in search of sexual health resources aren’t the only ones who see value in an app like this. Rosy also cleared a major hurdle for sexual health companies when it raised $1 million in venture capital funding in February of 2020.

“From an investment standpoint, it’s all about connecting with the right people … who believe in the mission of the things that we are doing,” Harper said. “I think the best thing about this work is that I believe so fundamentally that it should exist in the world that I won’t run out of gas, you know? It’s like I have a never-ending supply of energy and perseverance because this must exist and I’m very dedicated to making it happen.” 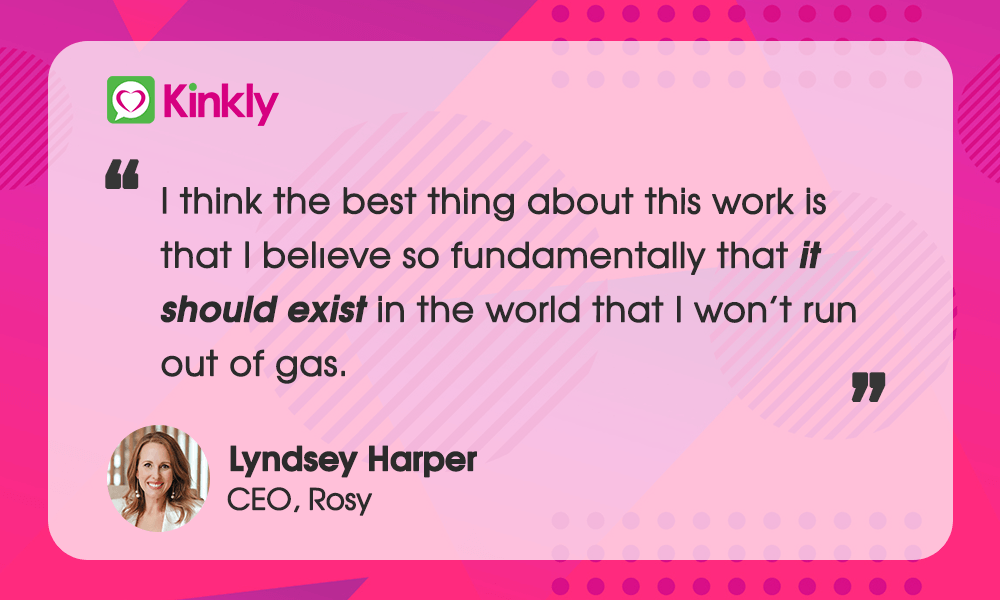 As an entrepreneur succeeding in the sexual health and femtech space, Harper is helping lead the charge toward a world where women’s health - and sexual health - are a priority. The emergence and increasing success of femtech companies, she said, has a lot to do with the changes in the way society is increasingly perceiving the problems that face people with vaginas. This shift is being seen both in the medical profession and in the consumer market, where new products are increasingly emerging to meet the needs of people with vaginas.

“The macro changes we’re seeing in society are coming from women feeling more empowered to stand up for themselves and their needs - even in these really private and what some might consider embarrassing circumstances,” Harper said. “If we all band together to fight those misconceptions, that’s how we’re going to be heard.

“It’s been a great community to become a part of, honestly,” Harper said. “I am so appreciative because I feel like in other areas of tech, things are probably more cutthroat and more guarded. The women in this field feel very passionately and are very mission-driven … we understand that we all have to band together to help each other.” 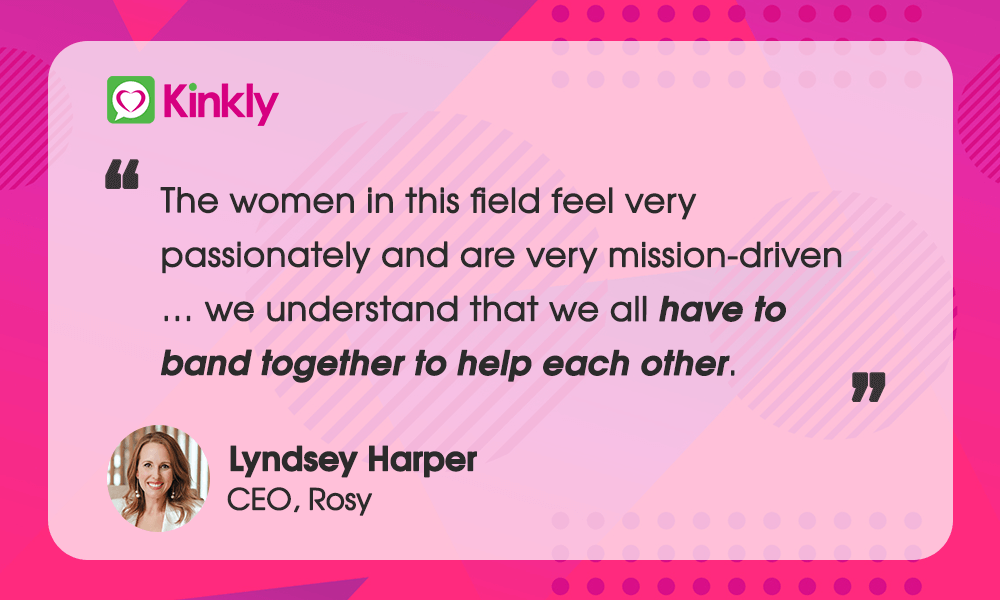 Although Harper still works as a hospitalist part-time, she’s focusing most of her energy into her work as an entrepreneur. In the coming year, she hopes to raise another round of funding, work to personalize the user experience on Rosy, and expand on the erotica provided through the platform.

“It’s an evidence-based tool to improve desire, orgasm and lubrication,” Harper said. ‘Plus, it’s a really fun part of the product that users can customize according to their preferred spice level and their preferred genre.”

She also hopes to expand the number of healthcare providers recommending the platform.

“We’re always trying to grow that network. It’s a main source of how users find us,” Harper said.

It’s more than that, though. It’s paying it forward. Because while Harper may not have been able to address all her patients’ requests for information on their sexual health, she’s created a tool designed to put other healthcare providers in a better position to educate on this important issue.

“We’re really excited to not only be making a difference for women directly, but also for the physicians who want to help their patients more,” Harper said. “That’s what I needed. That’s what I was really looking for in my practice.”