by TARA STRUYK
Published: MARCH 17, 2021 | Updated: APRIL 22, 2021 04:53:21
Menstrual cups are finally getting the recognition they deserve. But as Danela Zagar of INTIMINA explains, there's still so much more we can do to support people who menstruate.

No doubt you’ve heard of menstrual cups, but did you know they were invented way back in the 1930s? Yup, an enterprising woman invented and patented a rubber cup for menstruation back in 1937 and worked to promote and market it right through the 1970s. Unfortunately, the idea didn’t fly; people just weren’t that comfortable with their vaginas back then and the idea of learning to get up in there with your hands and a menstrual cup didn’t appeal to consumers.

And, so, the menstrual cup receded into obscurity - for decades.

In the 2000s, menstrual cups re-emerged, and in the 2010s, they evolved to be made of a much better material than rubber- silicone. One 2011 study showed that 91 percent of people who tried menstrual cups would recommend them to friends.

And so began the shift toward the age of the menstrual cup. INTIMINA, a Swedish manufacturer or menstrual cups and other pelvic health products, helped lead that charge; Danela Zagar, the Global Brand Manager for INTIMINA, has been a force in the era when menstrual cups finally get their due. 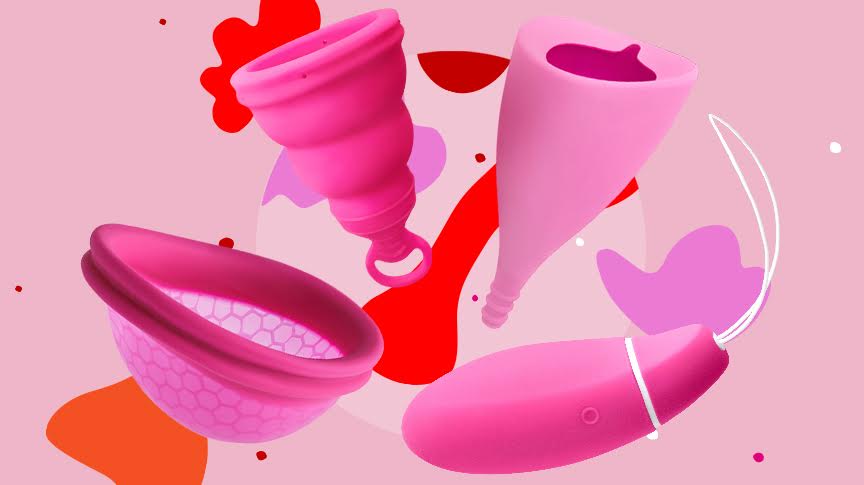 INTIMINA launched in 2009 with the introduction of the Lily Cup, a menstrual cup with a new shape and design aimed at making it easier to insert and more comfortable to wear. It followed that with a wildly successful Kickstarter campaign for the Lily Cup Compact, a similar product that could also collapse into a slim disk for storage and transport. The campaign raised more than $300,000 from 8,530 backers, helping to cement growing support for menstrual cups.

Read: Using a Menstrual Cup Can Make You a Better Vagina Owner

Zagar joined INTIMINA three years ago because she was looking to work with a socially engaged brand with global influence. INTIMINA fit the bill.

“I love to say that INTIMINA teaches you how to connect your body with your inner self because you’re getting to know a bit more about your intimate health. You can really experience getting to know your body from the inside out,” Zagar said.

Zagar and her team have tackled this with stigma-smashing campaigns like #WhileBleeding, which marked the achievements and contributions of amazing women around the world, while also discussing their feelings, struggles and experiences around their periods.

“We wanted to show that women are strong, accomplished and brave, especially while they bleed,” Zagar said. 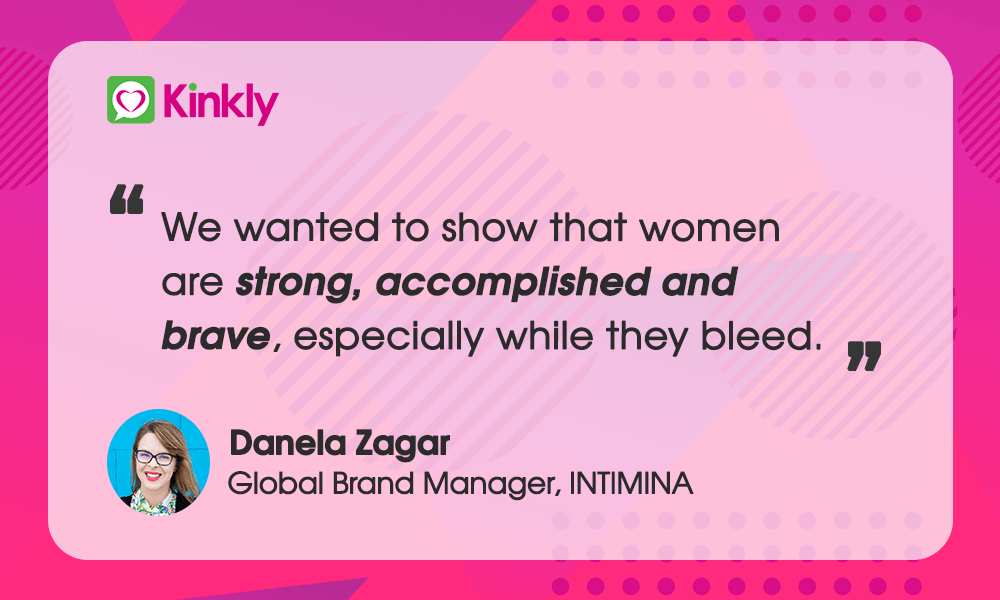 In 2020, INTMINA also collaborated with the Pantone Colour Institute to create a vibrant shade of red called Period. The “energizing and dynamic” shade of red is designed to encourage period positivity. 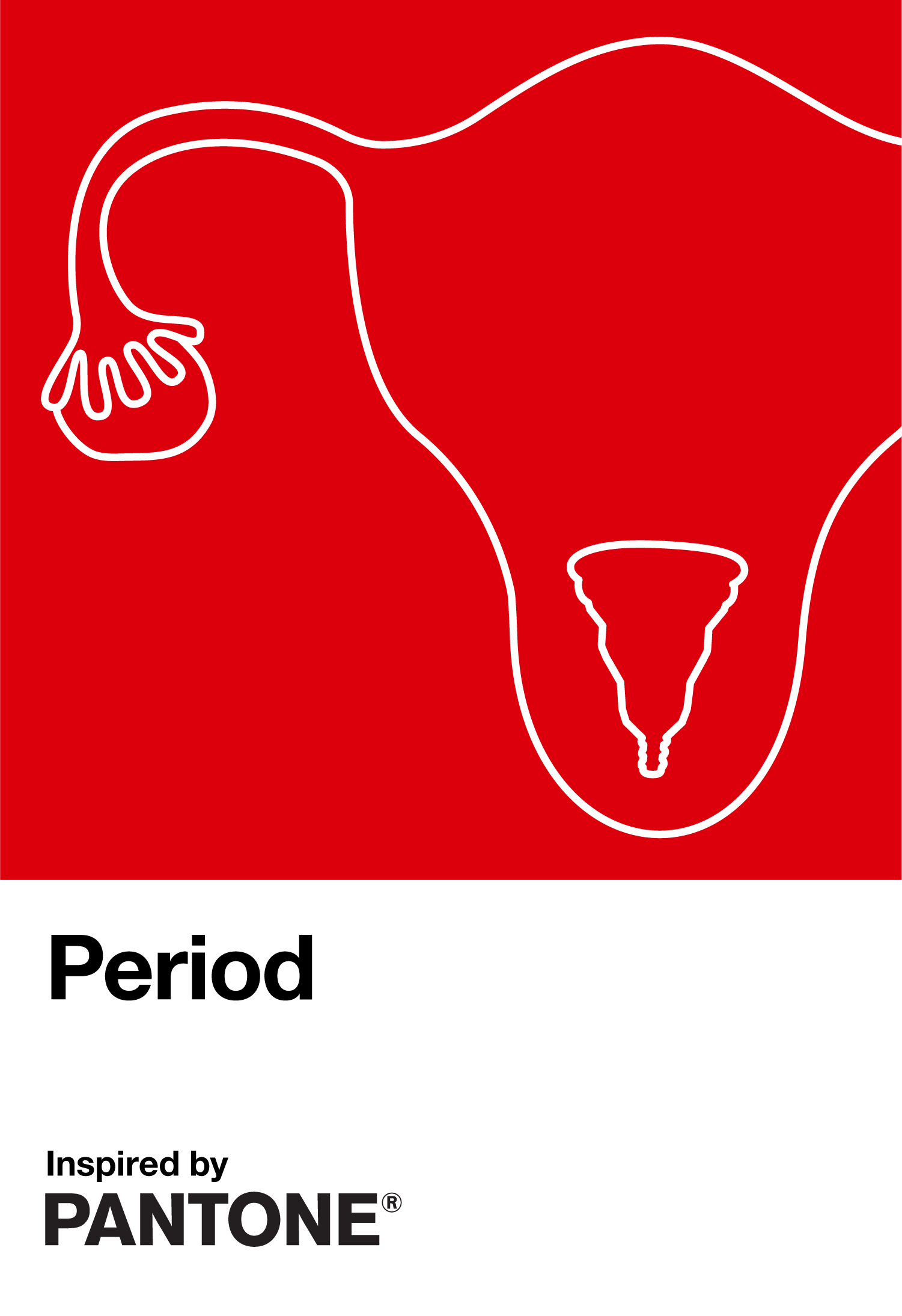 As for the femtech community, Zagar says INTIMINA has been involved from the start.

Sexual Health
'Period Brain': Is It Really a Thing?
by COLLEEN GODIN

“From day one we have been networking with femtech experts and brands,” Zagar said. “Last year we started partnering with Women of Wearables. It’s a community of very active and inspiring people, so we love networking with them and introducing them to INTIMINA and getting their feedback on our products.”

Read: 5 New(ish) Things That Have Made Having a Vagina Way More Fun

But despite the rise of femtech, increased investment in the space and the significant brand equity INTIMINA holds, Zagar says the company still faces a lot of the barriers that others working in women’s health - especially sexual health - space.

“You won’t believe it but it’s still not easy to find a partner who will talk about intimate topics,” Zagar said. “We get banned from TikTok or Facebook. Ziggy often gets banned from advertising because it’s a menstrual cup for sex.”

Even so, Zagar has seen significant positive change, even in the relatively short time she’s been with the company.

“A few years ago, we saw a woman running a marathon and bleeding at the same time. This was a big thing for breaking the taboo around intimate health and the period,” Zagar said. (The woman was Kiran Gandhi, who completed the London Marathon tampon-free.)

She also talks about the movement around influencer marketing and social media in helping move the conversation forward.

“The role of these channels is huge and we can see positive things when influencers in fashion or makeup are talking more about topics that are really affecting their lives on a daily basis, like their periods,” Zagar said. “Media is more ready to really spark a conversation and break the stigma and help people with some problems they are facing. It’s bigger than products - it’s an empowerment message to people who bleed.” 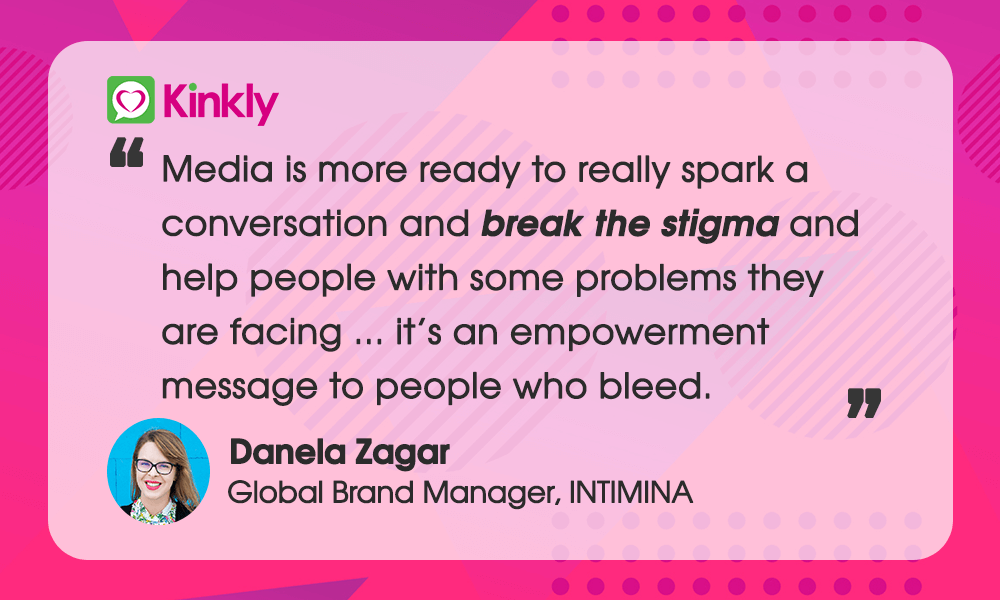 In 2021, INTIMINA plans to focus on expanding its efforts in celebrating menstruating people, as well as make their brand and products more inclusive.

“We can do so much more to support everyone who menstruates,” Zagar said.

Sexual Health
'Period Brain': Is It Really a Thing?
by COLLEEN GODIN