The Science of Exhibitionism

by DR. PATTI BRITTON
Published: AUGUST 30, 2013 | Updated: AUGUST 30, 2013 08:27:07
Discretion + exposure = safe exhibitionism that’s still a little dangerous ... and whole a lot of sexy.
Exhibitionists get a bad rap. Sure, there's a subset of people who have a compulsion to expose themselves to strangers at really inappropriate times - on a subway, on the freeway, in the grocery store - when the stranger is not at all interested in seeing their junk. However, there are many other people who simply get a thrill out of revealing parts of their bodies or having sex in public. The thought of people watching them is a big turn on.

Here we're taking a look at what exhibitionism is - and how you can expose yourself in a safe, consensual way without being exposed to the risks that can come with it.


Oh, The Many Ways of Whipping It Out

Before we get into the psychology of revealing oneself to strangers, let’s talk a little bit about the different types of exhibitionism. Although many people fall into these classifications, you’ll find that most cross over from one to the next.

One of the most common types of exhibitionism is called flashing. Woman raise their shirts and expose their breasts at Mardi Gras for beads. Men and women will expose their genitals quickly to get a rise (ha-ha!) out of those around them.

Mooning is similar, although usually not sexual when performed by a man. When guys moon people it's meant to be funny. When a woman does it, it can be considered sexual, but not always. Confused yet?

Streaking is related to the types of exhibitionism we've already covered, but it's a bit more extreme. It involves stripping down naked and then running through a public place. It’s all about the shock value, though. Nothing sexual to see here. Well, I shouldn’t say nothing but the majority of streakers do it to attract attention and make people gasp.

OK, now it gets more complicated. Anasyrma is the act of lifting your skirt to reveal the fact that you’re not wearing any underwear. And then there’s candaulism, wherein one person removes or pushes aside their partner's clothing to reveal the breasts or genitals.

Then there’s the type of exhibitionism that most often comes to mind when we hear the word: martymachlia. This involves getting aroused by the thought of or the act of doing something sexual in front of other people. It’s technically a paraphilia, but liking it when other people watch isn’t necessarily "deviant," especially if it’s performed with consent from all parties involved. (Get some tips on how to gain a little exposure in 5 Nice - and Naughty - Ways to Satisfy Your Inner Exhibitionist.)

Exhibitionism was classified as a sexual disorder in 1877. However, this only pertains to the types that interfere with your life. If you can get up, go to work, eat your meals and generally carry on without suffering from compulsive thoughts to strip naked, you most likely don’t have a paraphilia. Still, the definition of an interest in this act is often quite broad and many assume it’s a disorder all around. They conjure images of that old cartoon strip from Hustler magazine, Chester the Molester, and think all exhibitionists are walking around naked beneath floor-length trench coats.

Of course, getting naked or having sex in public is illegal and could cause you to be charged in court. That means even for exhibitionists, discretion is a must!


Baring It All: A Few Guidelines

The key to having a good time exploring exhibitionism is obtaining consent. Seriously you need this, and if you don’t think you do, you’re likely falling under the paraphilia segment of the exhibitionist population and will need help from a mental health professional. (Asking permission isn't as hard as it seems. Read more in Yes! Why Consent Is Totally Sexy.)

If you find that you get turned on by the thought of exposing yourself to people, consider setting up scenarios with your partner where he or she is "surprised" by your exposure. This kind of role play offers a safe outlet for those with exhibitionist desires. Perhaps you could go out to dinner without any underwear on. Your partner could drop his napkin and need to pop under the table for a second. That’s of course the precise moment you decide to spread your legs just a little.

See what I’m getting at here?

Perspectives
What Is Sexual Fluidity and Why Are Scientists Studying It?
by ANABELLE BERNARD FOURNIER
Advertisement
Have Better Sex! 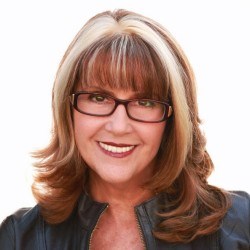