The Talk: How to Talk Birth Control With Your Partner

byANDREA TAYLOR
Published: DECEMBER 10, 2014 | Updated: AUGUST 24, 2021
Partners need to talk about birth control - before it's too late.
Sex is something that is on all of our minds a lot of the time. When to have it. Whether to have it. Who to have it with. Where to have it. How to do it. These are questions that can occupy us from puberty to retirement and beyond. And let's face it: If we wanted to have a child every time we had sex, we would probably do it a lot less often.

Whether you’re in a committed relationship or are looking for some no-strings-attached fun for a night, it’s possible to get pregnant any time a male and female have intercourse. That's a big deal, and one that's best addressed before it happens. So how can you broach this delicate topic with a new (or new-ish) partner? Here are some tips for ensuring every sexual encounter is as pleasurable, positive and safe as possible.

When it comes to getting down and dirty, there are few topics you need to address before you do the deed. These include:

Will this talk be awkward? Maybe. Talking about sex outside of the bedroom can be uncomfortable, but asking tough, hypothetical questions can also be a really good way to get to know your partner. Do you have the same values and beliefs? If you don’t, are you respectful of each other’s differences? It’s also a good opportunity to check in about a partner's intentions. Are you on the same page about where the relationship is going? Maybe you’re looking for a fling, but they admit they would be excited about a pregnancy and starting a family with you. Maybe you think abortion is dead wrong, but they consider it the only option.

A female friend of mine in a relatively new relationship said that she and her partner used condoms every time they had sex to prevent pregnancy, and didn’t talk much about birth control or pregnancy other than that. She hadn’t given the possibility a lot of thought, but felt that she would be in a better situation with her boyfriend to continue with a pregnancy than she would be if she was single, and felt confident that he would be supportive of a child if she did have one. (Read: Steamy, Sizzling ... Safe? 6 Ways to Make Condoms Sexy.)

A male friend I talked to had a pregnancy scare with an ex-girlfriend, and they disagreed on the action they should take. He acknowledged that it would ultimately have been her decision, and he would have been supportive in any case, but it would have been valuable to have had the conversation prior to the scare.

In my conversation with my own partner, we had very similar views of the choice we would make, and agreed entirely with the others’ position. The experience of having the conversation itself was a very positive experience, because it gave us a forum to discuss what we wanted for our futures and further reinforced the feeling of being on the same page about our relationship.

Ultimately, it’s a conversation that may be a lot easier to have without the stress of a real pregnancy looming over both of you, and one that can relieve a lot of stress regarding unknowns if it were to ever happen.


Honey, We Need to Talk

Talking about sex isn't easy for most people, but don't procrastinate; the ideal time to start the conversation is before having sex at all. That said, even if you've been sleeping together for a while, talking sooner rather than later is still a good idea. (Learn more in Why We Should All Be Talking About Sex A Lot More Often.)

To get started, you could say something like, "Hey, I was thinking. What would we do if I got pregnant?" Just be sure that your partner understands that you're speaking hypothetically. Or maybe it would be easier to bring up birth control first, by saying something like: "I don’t think we’ve ever talked about it, but I think it’s great that we use condoms when we sleep together because I’m not the greatest at remembering to take the pill every day."


What Would You Do, Anyway?

If you're going to ask your partner what he'd do with an unexpected baby, you should probably think about how you'd answer that question yourself. Before bringing it up, think about the big three options: Parenting, adoption, abortion.

Parenting
If considering parenting, consider your current situation to get a realistic idea of how you would be able to care for a child. Would you have family support? Do you qualify for maternity leave from your job? Would you need to move? How is your financial situation? How will your partner’s reaction to the pregnancy affect your decision? Would you be willing to be a single parent if he isn’t supportive? What if the relationship ended - how would co-parenting with him look? Is he someone you would want to raise a child with?

Adoption
Some women choose to carry an unplanned pregnancy to term and allow the baby to be adopted by another family. This carries its own considerations; there are open and closed adoptions; you may be able to meet the potential parents, you may be able to receive updates. You will likely need the consent of the father in order to proceed, so this would be something he would have to agree with. Considerations may include the emotional impact on you, your health, how you would discuss your choice with current children, family, co-workers, etc. Adoption is the least chosen option for women experiencing unplanned pregnancy, but that doesn’t mean it’s the wrong one for you.

Abortion
If abortion is what you feel is your best choice, you may want to consider looking into the types of abortions available in your area and your access to abortion services. Abortion is a legal and safe procedure that should only take a few minutes. One out of three women will have had an abortion at some point in their lives, so you’re not alone in the choice, and whether you feel comfortable talking to them about it or not, chances are a few women among your friends or family have gone through it. Depending on where you live, you could have a choice of clinics or you may have to travel some distance to a clinic. Cost or coverage by health care also depends on where you live. The National Abortion Federation has a list of the abortion providers in North America and a number for referrals to international clinics.

In the case of a real unplanned pregnancy, if you feel overwhelmed and aren't sure what the right choice for you is, Planned Parenthood is a great place to go to discuss your options; they can answer questions and give you resources for any of the three options you want. If abortion is a consideration, be careful to avoid pregnancy care centers that are anti-choice.

Having a conversation about pregnancy and birth control may or may not be a comfortable one, but taking steps to have an open and honest relationship with your partner is a good way to keep a relationship healthy, and can make it less likely that an unplanned pregnancy will happen. Now go forth and get talking. It might be a little awkward at first, but it'll mean better communication, and better, safer, more satisfying sex. 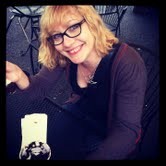