Gay, Straight, Transgender: None of It Should Matter - But It Still Does ... for Now

by BADOINK MAGAZINE
Published: MAY 4, 2015 | Updated: MAY 6, 2015 03:45:37
Change is happening, but in terms of social evolution, the world is still dragging its hairy knuckles.
Post written by John Lane.

It’s hard to believe, well into the 21st century, that we’re still in a world where the LGBT community continues to face discrimination on a daily basis; where homosexuals in places like Egypt are imprisoned and tortured, or in Russia, where they are brutalized and humiliated; where even now states in the U.S. actively legislate to make bigotry a right of religious freedom and where politicians and zealots in different countries around the world argue - in all seriousness - whether or not two people who love each other can be permitted to commit to each other through marriage if those two people also happen to share the same reproductive organs.

It seems that in terms of social evolution, for the most part, we are still dragging our hairy knuckles.

This will change. While it might take longer for certain people to accept that the rest of the world isn’t obliged to conform to their static, absolutist and narrow world view, there are many, many more who are, at long last, coming around to the idea that sexuality and gender are nobody’s business but our own, and plenty of others still who, happily, can’t understand why the matter of what particular type of ugly you like to bump is even an issue at all. (Find out how to reduce stigma and use more inclusive language in Gay, Lesbian, Queer, Pan, Trans ... What's In a Name?)

In Europe and the U.S., the gay marriage issue rages on. At least, that’s what the media would have you believe, choosing as it often does to concentrate on the vocal minority that feels the need to police the morality and virtue of human behavior, whether humanity likes it or not - because (putting aside the shadowy socio-political motivations of media-owners) even a small group of shouty folk is better news material than a much larger group of quietly rational folk. That media focus, though, is still dangerous given the power the media continues to have in
influencing thought.

Thankfully, social media has the power to counter those selected images and a new generation is fast losing patience with the old rhetoric of hate. In the U.S., for example, you get the feeling that all this wailing and gnashing of teeth coming from the hard Christian right is actually the final defiant tantrum of an entity that has sensed its own cultural irrelevance and its consequent imminent demise. Even the polls are showing that the new wave, the Millennials, find this sort of prejudice distasteful and are more than happy to see it die out.

Conservatives don’t really care about the young though, so they ignore them - at their peril, but at least that will be fun to watch. Big business is a different matter though, so it was interesting to watch the philosophical conniptions when massive companies like Apple speak out against discrimination and threaten to take their big bucks elsewhere. You can imagine their distress, torn between their two pillars of worship and reverence, profit and God.

Europeans too are mostly unconcerned. They care about what’s happening to the economy, not who’s sucking this or licking that. Gender and sexuality prejudice is pointless, a distraction - like that old favorite, the menace of immigration - rolled out by certain political elites desperate to turn your attention away from the things that really matter by pretending to some faux moral stance instead; relying on the fact that we Westerners have become so disenfranchised and so disgusted by the way that democracy has been corrupted that those elites need only pander to the crazies who always turn out to vote (which is why we should always ALL turn out to vote - it is, for now, the most effective tool of change we have and we are foolish to ignore its power), the crazies who fear change, who fear the future, who fear difference.

But the crazies are dying out - not that we should be complacent; there’s always more crazy - and there’s nothing anybody can do to stop the world from changing. What we can do is push for the change to be positive, to fight against the dividers, to call out the bullshit when we hear it, and to engage. Gay, straight, transgender… none of it should matter, but right now it does, whether for good or ill, as an affirmation or a point of denigration. What we must seek to do is to teach people why a person’s gender and sexual orientation shouldn’t mean anything, even if we think the answer’s obvious. Remember, there are no givens, but plenty that is taken for granted.

Perspectives
Sexual Colonization? What Is That?
by DMARCELLA LYLES
Advertisement
Have Better Sex! 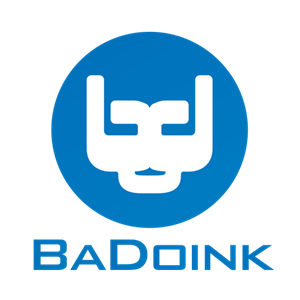 Badoink Magazine
BaDoink is home to all things interesting and innovative across the hemisphere of lifestyle, sex and technology. You’ll find the very latest media and tech reviews, along with loads of great opinion and discussion pieces about everything under the sun. We’ve got a whole lot to say about sex, too! Whether you visit BaDoink for the news and articles, whether you want to see the latest gadgets or just check out our wonderful Girls of BaDoink, we’re here waiting to give you just what you need to keep your brain – and any other part of your body – stimulated and in peak condition.