One result of this normalization of sexuality is that the sex toy market has evolved to accommodate the needs of men, a once elusive demographic within the pleasure product industry. While the main search results under "sex toys for men" are still generally marketed to either gay men or straight couples, the sex toy industry has increasingly been growing its focus toward the male market, which has seen an influx of modern, sleek-looking products being introduced over the past few years.

When it comes to sex toys for men, it seems the question of the day is no longer "Should I?" but "Which one should I?" So, without further ado, here’s a rundown on the top five categories of sex toys for boys. Keep it handy for your next trip to the sex shop, ladies and gentlemen. And remember, the gift-giving season is fast approaching!

Every man should own at least one masturbator, whether he’s single, coupled up, or none-of-the-above. Also called "strokers," masturbators are the No.1 most-requested category on the male toy market. And, contrary to popular belief, they’re not all called "Fleshlights." Made of plush materials that replicate the feel and warmth of the human body, the best-quality masturbators feel so incredibly lifelike that our male customers often tell us they can’t believe it took them so long to buy one. Some are large, some are handheld, and some even come with extras, like strategically placed vibrating bullets.

Bonus: Masturbators have gotten a ton of style upgrades in recent years, and some of them look so cool, they could double as an art piece for your home.

Prostate massagers do exactly what you’d imagine they’d do: they massage the prostate.

I know this one might be still be a touchy subject for some of you out there, but the benefits of prostate massage are well-documented, and many men report having the best climax they’ve ever experienced after trying it. Similar to how women have a G-spot, men have a P-spot (the prostate gland), which is located just inside the entrance to their anus. Google it.

The Future of Male Sex Toys

You might have noticed that the emphasis here has not necessarily been focused on the most high-tech toys. In truth, most of the toys you see in the magazines that promise to be "the future of sex) are either not for sale and are searching for crowd-funding, or they’re so expensive that they’re just not an option for most people. And that’s okay! Because while a lot of these "teledildonics" might look cool, sex toys are for pleasure, and there are plenty of pleasurable, design-friendly sex toys that don’t require any NASA equipment. The future of male sex toys is a perfect balance of form and function, style and substance. Men need sex toys just as much as women, and the industry is finally answering their call with creative, high-quality adult toys … for the boys.

Sex Toys and Products
Men Don't Buy Sex Toys As Often as Women. Here's Why They Should.
by KINKLY STAFF
Advertisement
Have Better Sex! 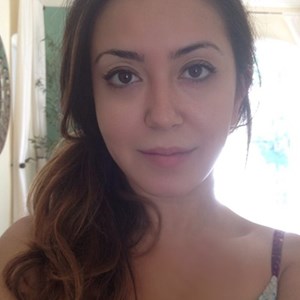 Erica Braverman began working at Doc Johnson in 2011 and has since become the company's go-to content connoisseur, with a focus on digital marketing and branding. She holds a BA in English Literature from the University of Miami in Florida and has a passion for continued education via online marketing courses and industry seminars. Erica lives in Los Angeles and spends her free time reading, writing, and exploring new restaurants in the area.