Counterfeit Sex Toys: Don't Be Cheap - They Aren't the Same

Back in July, Daily Dot did a piece on sex toy piracy. It barely skimmed the surface of what is actually happening. It mentioned Amazon and eBay, but didn't delve very far into things. The issue is this:

It's not a conspiracy, or me (as a reviewer and someone who stands to make an occasional buck) just trying to push you to buy through companies I work with. It's real. And for sex toy consumers, it can be a real problem.

So, here is how sex toy counterfeiting works:

Company X comes up with a great design. Maybe even something revolutionary. As they are pulling all of the means of production together, they realize "Oh, we can get this manufactured in China for substantially less than we can elsewhere." Then, they do just that. Profit is king, after all. They set up stringent standards for what they want out of certain toys, order thousands of units and a production run happens.

All good here. It's the way the world works. It's when these factories aren't making the real McCoy, or when a design is updated that counterfeiting comes into play. So, Company X got its run of 3,000 units. All were up to specification minus a few bad motors, shoddy circuits, or flawed shells/cases. Then, Factory Y? Factory Y already has the molds, the plans ... everything. Sub in the cheapest materials that fit the design, and produce 10,000 of any particular item. Then, it's just a matter of selling HUGE quantities of knockoff toys to shady distribution companies and letting them move individual units.

Factory Y sells the outdated plans and molds to Factory Z, and tells Company X that all the required stuff for the old model was destroyed as requested. Then, Factory Z does its own production runs with sub-par materials.

Sometimes, the product is just reverse engineered or the plans and such are outright stolen.

Those counterfeit toys are then sold through Amazon, eBay or even Alibaba.

Why Does Counterfeiting Happen?

Again, profit is king! If Company X is getting $99.95 for each unit sold, and it spends $40 to make each unit, they are making a decent chunk of change on each unit (minus taxes/import fees and the like). If Factory Y or Z can produce a toy that looks exactly the same and at least initially feels the same for $10 and then sell it for $69.95? They get the same profits for less investment. Easy business, right?

How Can We Stop Sex Toy Counterfeiting?

While it sucks to admit it, we can't. There's no way to do so, because someone somewhere will always be willing to buy the cheapest thing they can find. It's a fact of life, and it's not going anywhere. Matters get compounded even more with business-to-business sites like Alibaba being in the mix, because the counterfeit toys could show up in any store on the planet. What we can do as consumers and buyers is to only buy direct from the manufacturer, from shops that have a reputation for selling only the highest quality merchandise, or from shops that can be verified as selling the real product.

Most manufacturers have a fairly comprehensive list of the stores selling their merchandise (or can get one from the distribution company they use). Most shops should be able to put you in contact with the manufacturer to verify the origin of the sex toys they are selling.

Any company worth their salt will help you verify that a product is genuine. Don't be afraid to reach out to a store or manufacturer to make sure you are buying 100% authentic merchandise. If a company isn't willing to help you, then reconsider shopping with them.

The Implications Of Counterfeit Sex Toys for Consumers

Counterfeit sex toys are problematic for a few reasons:

(So what do you get for your money when you pay more for a sex toy? Find out in More Bang For Your Buck: What Makes a Luxury Sex Toy?)

The moral of the story? Don't take chances buying from places that you can't trust, and don't risk your sexual health on junk.

Have you ever encountered a counterfeit sex product? Tell us know what it was like in the comments. 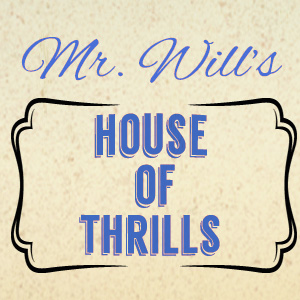 Mr. Will is a Texan who fell into writing about sexuality as a way to try new things and explore his body. He is always looking for ways to improve his sex life and the sex lives of others.