An (Abridged) History of Kink

This excerpt was republished with permission from "150 Shades of Play" by Em & Lo.

But then the Victorian era brought with it a kink backlash, when even the legs of roast chickens and pianos were deemed obscene. In 1886, an Austro-German psychiatrist named Richard von Krafft-Ebing published "Psychopathia Sexualis," coining the terms sadism (after Marquis de Sade) and masochism (after Leopold Ritter von Sacher-Masoch, author of "Venus in Furs"), and finding both activities to be severely depraved. Plenty of other Dead White Men weighted in on the matter (Freud among them), and the consensus seemed to be that pretty much anything that wasn't related to procreation was considered pervy. And as for the SM-ers? They were suspected to be violent criminals or sociopaths in the making.

Then the '50s gave us Kinsey, god bless his pervy little heart. His research found that 20 percent of the men and 12 percent of the women he studied were aroused by SM stories. Unfortunately, this finding got him in big trouble with the American Medical Association, and it wasn't until the '70s that kink was seriously studied again - and was found to have to no link to sociopathological behavior. The '70s also ushered in SM support groups like the Eulenspiegel Society (in New York) and the Society of Janus (in San Francisco), as well as a more public image for the leather subculture, and the publication of the first books about scene.

But kink was still considered to be largely a gay thing - or, when hets were involved, distinctly misogynistic. In fact, as recently as 1980, the National Organization for Women passed a resolution denouncing SM (in their defense, they did give a generous two thumbs up to gay rights in the same year). It was around this time that the term BDSM began to gain currency too: SM was the original term, derived from Krafft-Ebing's clinical terms; later the leather community switched it to "B&D" as a way of setting themselves apart from the disapproving docs; eventually the two were combined and used by both dissers and devotees alike.

And then along came the Internets, which turned out to be the best thing that happened to kink since the "Kama Sutra" (or the worst, if you were of the Family Research Council or one of the stalwart members of the old school leather scene who liked their conn unity exclusive, discreet, and inaccessible to plebes.) Kinky networking - the foundation of today's scene - was suddenly available to anyone with a modem, and kinksters across the globe started sharing safety tips, fetish suppliers, munch invites, club recommendations, lingo, rules - even slaves. And kinky gear was suddenly available to people who lived on farms in Iowa (or people too shy to visit their local leather store).

Finally, of course, there was the "Fifty Shades of Grey" trilogy, which introduced items like butt plugs and nipple clamps to soccer moms, middle-aged book club attendees, and mother-in-laws across the country - indeed, across the world. We're pretty sure it was the first time that a book topping the New York Times bestseller list featured a scene with a spreader bar. While the series promoted the myth that most BDSM enthusiasts are products of childhood abuse (Christian Grey's "crack whore" mom let her johns use his four-year-old body as a human ashtray), it also gave many women across the country permission to indulge in their darker fantasies without abandoning their penchant for romance. (For more insight, check out 5 Extraordinary Sex Tips Women Can Learn from "Fifty Shades of Grey.")

That all said, you'll still hear plenty of people today declare that kink is immoral or pathological or anti-feminist or "largely a gay thing" (and we'd bet that at least one of them keeps a gimp in the basement). And you'll hear plenty more people declare that kink is just plain weird (and we bet a good chunk of them can't have sex with the lights on). Then again, what fun is a taboo if there's nobody left to disapprove of it? (Thinking about adding a little taboo to your bedtime fun? Check out Why Get Kinky?) 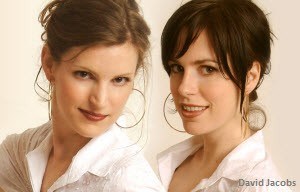 Em & Lo
Internationally respected veteran sexperts Em & Lo have penned seven books on the topics of sex and love, including "150 Shades of Play: A Beginner's Guide to Kink", and "SEX: How to Do Everything", which the Guardian named one of the 10 best sex guides of all time, alongside "The Kama Sutra" and Ovid’s "Art of Love." Em & Lo have written features for numerous magazines, including Glamour, Details and Marie Claire; and have penned columns for New York Magazine, the Guardian, Men’s Journal and Metro. They hosted a 10-episode television series called “SEX: How to Do Everything,” which premiered in the U.K. in 2009. And they dish about sex, love and everything in between on their daily advice blog, EMandLO.com.