A Guide to Playing With an Uncircumcised Penis

by DUCKY DOOLITTLE
Published: AUGUST 16, 2018 | Updated: AUGUST 24, 2021
Presented by SOLA
About 75 percent of men are foreskin free, which may mean a general lack of experience around the great uncut.

Circumcision rates in the U.S. are declining, but according to the World Health Organization, about 33% men are foreskin free. By extension, that means that there are quite a number of people who may not have a lot of experience with the great uncut. If you've never been with an uncircumcised peen, there is often some hesitation. Will his penis look a lot different? Will his body feel or respond differently when you play? Is he more sensitive to touch?

If he is a cool person and sexy to you, I assure you his cock will rock, with or without foreskin. So don’t get hung up (so to speak!) on these differences. To be honest, if he does have foreskin, you may have even more incentive to explore with him. Here are three reasons why. (Learn more about the male member in 10 Things You Don't Know About Penises.)

Almost every circumcised guy agrees that the most sensitive area on his penis is the frenulum, or the underside of the head of his cock, right where it meets the shaft. Don’t believe me? Just try circling your tongue here and watch him light up with pleasure. (Get more tips in 8 Steps to Giving a Great Blow Job.)

Men also report the entire underside of the penis to be more responsive than the top or sides. Why? Because when he is soft (which is most of the time), the top and sides of his shaft and head touch his clothing and get sensation. But the frenulum and underside of the shaft are protected from this sensation because they sit against warm skin all day. Consequently, the nerve endings are closer to the surface and more responsive.

If he is uncircumcised, the entire head of his penis is protected in that same way. That makes it more sensitive to every touch. So, an uncircumcised man's response to touch tends to be amplified and easier to read.

The No.1 thing most women do wrong when giving a circumcised guy a hand job is using a dry hand. When playing solo, guys will use any kind of lube available. Their favorite lube is usually saliva. Often they grow fond of using other products like hand lotion, baby oil and even hair conditioner. (I recommend using silicone lube. It’s perfect for any skin-on-skin contact, like hand jobs. It also has no taste and no smell so it’s perfect if you are using it in conjunction with your mouth.)

Uncut guys are different. When he is soft you will be able to see the "turtle neck" of skin that covers the head of his penis. He’ll look sort of pointed at the tip, where a cut guy will look rounded. When they have an erection, circumcised and uncircumcised guys look pretty much the same. The great thing about that extra skin is that as his erection grows, it provides a lot more play in his shaft. Your hand will glide in a nice, smooth pumping action with or without lube. This means you can be more spontaneous and playful with your hands on him.

Many women report penetration to be easier and more enjoyable with uncircumcised guys for much the same reason hand jobs are easier. It’s the gliding action the foreskin provides.

Advertisement
MORE FROM SOLA
All Articles

His erectile tissue glides more freely as he thrusts, while his foreskin cuts down on friction, making penetration smoother and more pleasurable for both partners. With a circumcised guy, that friction can cause microscopic tears in the sensitive vaginal tissue and may leave a woman irritated, inflamed and more vulnerable to infections.

The other issue with circumcised guys is how the length of his shaft withdraws with each thrust. He is actually bringing the female’s natural lubricants outside her body and allowing them to dissipate faster. In essence, uncircumcised guys deliver smoother, longer bouts of play without needing as much synthetic lubricant as a circumcised guy might require.

Of course, if is this a problem for you, it can easily be solved with some good lube. Regardless of whether your guy is circumcised or not, no matter how wet you may or may not be by nature, I strongly believe lube is awesome. It protects your skin, and sets you up for longer, healthier bouts of play.

Is One Better Than the Other?

No matter what your gender, size or shape, sex is always what you make it. And honestly, the differences between circumcised and uncircumcised guys are subtle. So if the guy appeals to you, I say hop on that thing. Circumcised or not, he might be just the one you’re looking for.

Like this article? Check out Ducky's book, "Sex With the Lights On: 200 Illuminating Sex Questions Answered." 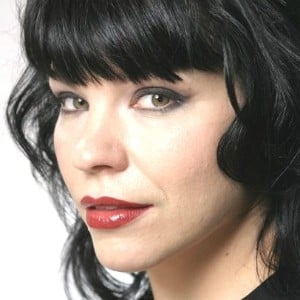 She is also the author of Sex with the Lights On: 200 Illuminating Sex Questions Answered. Ducky has been featured with Playboy, The New York Times, The History of Sex on the History Channel, NPR, HBO, MTV, Vice, ABC News, and MSNBC, to name a few.