by STEPHANIE WEAVER
Published: JULY 13, 2017
The author finds tantra to be a lot less complicated than she'd imagined - and a whole lot more powerful.

When it comes to sex, I’m a fairly open-minded person. I’ve allowed men to hog tie me and gotten down and dirty in department store dressing rooms. But when my lesbian friend told me that she needed a partner for a Tantric sex workshop, I didn’t exactly leap at the opportunity. I have no qualms about her sexual orientation, but I like men and the idea of being touchy-feeling with a woman just didn’t appeal to me. On the other hand, I wanted to support my gal pal and I was also curious about what I might learn at the sexual seminar.

I did learn one important thing: despite what the media tells us, the 5,000-year-old Eastern spiritual practice of Tantric sex isn't just about having sex for hours on end. On the contrary, it’s about enlightenment and experiencing a reverence between you and your partner that lasts beyond orgasm. Here are some steps that will help get you to that place.

Sync Up With Your Partner

The day of the workshop, we walked into a room occupied by four other couples dressed in brightly colored robes; I had no idea what to expect. The first thing I thought when my friend told me she had signed us up for a Tantric sex class was that maybe I’d learn how to make love like a dragon fly, upside-down while flying. My other thought was that perhaps Sting’s "Fields of Gold" would be playing softly in the background.

Feeling vulnerable beneath my robe, I sat down next to my friend in the classroom. To my surprise, my peers were very diverse. The group even included an older couple who were probably pushing 60. The first thing the instructor spoke about was the importance of learning basic exercises to open up the senses and increase awareness throughout the body. She went on to talk about crucial components of Tantric sex, such as synchronized breathing and communication with one's partner.

I was impatient for the sexual antics to start. Where were the tips on how to perform marathon sex sessions? Where was the hour-long orgasm? And more importantly, where was Sting? (Tantric sex isn't what you think it is. Check out Sex for the Soul: Tantric Explorations for Beginners).

The Power of the Mind

Our first physical assignment was to sit facing our partners and gently caress their bodies. It was an act that made me uneasy because I was performing it with a close friend, but I quickly got past that by pretending that she was a hot, Ryan Gosling look-alike. It's another secret of Tantric sex that nobody really talks about: your brain is your best tool. It’s like what your elementary school soccer coach used to say - the game is 10 percent physical and 90 percent mental.

In order to fully enjoy a sexual experience, you need to be in the moment. The Buddhists call this "mindfulness" and it refers to a full awareness of the present. Many people check out during sex. I know I’ve been guilty of thinking about paying bills, grocery lists and other sundry tasks while doing the deed. Paying attention to your body, its sensations, and the pattern of your breathing, is crucial when it comes to sexual enjoyment.

Give and Receive Fully

Thankfully, we didn’t have group sex. Instead, we learned the art of undress. I wasn’t interested in shedding my robe but I watched with admiration as other, more courageous, folks did. We also learned how massage plays a huge role in Tantric sex. The exercise of massage teaches the giver to give as fully as possible, and the receiver to simply receive. It also helps people explore new ways of interacting with their partners, both in and out of bed.

Read: The 6 Most Underrated Erogenous Zones

Talk to Each Other

One thing that surprised me in the workshop was the importance of communication in Tantric sex. I learned how important it is to discuss your desires, concerns and clear-cut boundaries with your partner. Shedding my inhibitions, I talked frankly to my friend about what I wanted a man to do to me. I had never really shared my deepest, darkest sexual desires with anyone before, and it was very liberating.

So, what did I get out of attending a Tantric sex workshop? Although I know I will probably never take part in another Tantric sex class, the wealth of information I got from the one I did attend was unbelievable. It has made me more conscious about talking about my needs and desires in the bedroom, and about the need to be fully present and in the moment during sex. I also aim to give and receive pleasure as fully as possible. As it turns out, Tantra is a lot less complicated than I'd imagined - and a whole lot more powerful. 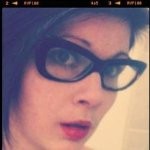 Stephanie Weaver
Stephanie is a freelance writer based in Philadelphia. She's obsessed with English bulldogs, scooters, roller derby and boots.