We Asked an Expert: Which Birth Control Is Best?

The short answer is ... it depends. There are a lot of options. Plus, we're all different. That means what works for one woman may not work for another, and sometimes you have to try more than one kind of birth control before you find something that works - both for your body and your lifestyle.

What you should know is that all the birth control methods here are very effective (about 97 to 99 percent), so if you're worried about which type of birth control will provide the best protection, you're really just splitting hairs. They're all very reliable when used as directed. The only catch is that some are easier to use as directed than others! Let's take a look at some of the common forms of birth control out there. (For some background reading, check out The Ultimate Guide to Safer Sex.)

The copper IUD (or intrauterine device) has been in various stages of invention since 1902. It’s a small, T-shaped device that a doctor inserts into a woman’s uterus. It prevents pregnancy by changing the pH balance of the uterus, making it a hostile place for eggs and sperm. The device as we know it today comes in a number of brands and can last anywhere from three to 10 years. There are no hormones in it, so many women like it for that reason. You still ovulate as normal, but implantation doesn’t happen. It’s also inexpensive and reliable (99.2 percent).

IUDs used to only be recommended for women who had had children, but that recommendation has changed. Now, any woman who wants an IUD should be able to get one. However, not all doctors insert IUDs, so you may want to call your local sexual health clinic to ask get a recommendation about which doctor to visit.

Advantages: IUDs are effective, reversible and have no hormonal side effects. They are also unaffected by medications or illness, and are safe to use while breastfeeding or if you smoke.

Disadvantages: Inserting and removing an IUD (which is done by a doctor) can be uncomfortable. They also create the potential for more bleeding and cramping with periods (especially for the first few months). More extreme (although rare) risks include expulsion of the device or perforation of the uterus. If you already have heavy periods or a history of endometriosis, this probably isn't for you.

The Mirena is similar to the copper IUD, but they call it an "intrauterine system" because a hormone called progestin was added to the stem instead of the copper. This hormone will reduce your uterine lining and will likely make your periods shorter and lighter. In fact, many women don’t get a period at all with a Mirena. This device is effective for five years; in some countries it's been approved for seven years of use. The Mirena is extremely effective and once it's inserted, the user doesn't have to worry about it.

Advantages: Mirena is effective, reversible and can allow women to enjoy lighter periods. It's also a low-dose hormone compared to other methods, and it's unaffected by medications or illness. It's also safe to use while breastfeeding or if you smoke.

Disadvantages: Mirena is expensive - or at least it costs a few hundred dollars upfront. Keep in mind, however, that it'll provide protection for at least five years. Mirena is similar to an IUD, so it's also uncomfortable to have inserted/removed. Because it's a hormonal form of birth control, side effects are possible (although rare). (Check out the the Mirena website for a list.) There is also a risk that the device will be expelled, or, in rare cases, perforate the uterus. Finally, some women just don’t like the idea of not getting a period. After all, that's how many of us ensure we aren't pregnant! Keep in mind, however, that you can also do regular pregnancy tests to reassure yourself.

The Pill, the Patch and the Nuvaring

The birth control pill, patch and Nuvaring all contain some combination of estrogen and/or progestin. These hormones trick your body into thinking you’re pregnant, so you don’t release an egg each month. That mean all three birth control methods have the same possible side effects (nausea, headaches, breast tenderness, etc.) and the same possible risk of developing a blot clot. When taken as directed, they are very effective.

There are a few people who shouldn't use these birth control methods: Those who are over 35 and those who smoke. Also, if you’re breastfeeding, these methods will reduce the amount of milk you produce.

The birth control pill, or "the pill," is a popular choice because it’s simple and familiar. You take a pill every day at the same time for three weeks. On the fourth week, you consume placebo pills or no pills; this tells your body to have a period. There are many different kinds of pills and they’re all a little different. If you have side effects with one, another formulation may work better. Might side effects can also subside over time.

Some pills are called "monophasic," and some are "triphasic." If your pills are a different color each week, they’re probably triphasic. (Another clue: Often the names of these pills will start with "tri.") This type of pill mimics your body’s cycle of hormones, so each week provides a different amount. Monophasic pills, on the other hand, have the same amount of hormone every day for three weeks.

Different pills have different amounts of hormones, which can make choosing one tricky. Low-dose pills may be desirable because they may have a lower risk of side effects, but if you’re not very good at taking a pill at the same time every day, or you forget to take pills occasionally, this type of pill can be risky. The same goes for those who are overweight.

Finally, there's one more type of pill to consider: the "mini pill." This birth control pill only contains progestin and it was designed just for breastfeeding women. It's not quite as effective as the other pills, but for new moms, it's safe - and better than nothing at all. If you take the mini-pill, you should consider using condoms as a backup, especially if you’re weaning or are not breastfeeding.

The biggest disadvantage to the pill is that you can easily forget to take it. If you miss a pill - even one - you could get pregnant! (Surprised? Discover other surprising birth control mistakes in Top 9 Contraception Misconceptions.)

The Evra Patch is a square sticker that looks a lot like a nicotine patch. You put it on your skin and wear it for a week. You repeat this for three weeks, and then take a week off. That’s the week you’ll get your period. There’s only one type of patch, and so far it’s only available in one color, which means it won't blend with darker skin tones. The Evra Patch also takes a month before it’s considered to be effective.

The Nuvaring is a plastic ring that contains the same hormones as the pill and the patch. It’s inserted vaginally by the user and stays in the body for three weeks. You then take a week off, and that’s when you’ll get your period. Then you start the cycle all over again.

Some women worry that the Nuvaring will get "lost" or that it will be difficult to remove. So, the key to using this contraceptive properly involves getting comfortable with your body. The vaginal canal is not as long as you might think; it's possible to touch your cervix if you try, especially if you aren't aroused. The cervix is also what prevents anything from moving into your uterus. In other words, the ring won’t get "lost." (Learn more about your vagina in 10 Things You Didn't Know About Vaginas.)

It is possible for the ring to fall out, but as long as it’s been out for less than three hours, you can re-insert it. Otherwise, you'll have to start with a new ring.

Depo Provera has fallen out favor in the last few years because of its incidence of side effects. Some new studies have also shown that it can reduce bone density. That said, it’s still available and many women still use it, probably because it's more effective than the pill, and much easier to remember. Depo Provera involves an injection every three months, and contains only progestin, which means it’s safe to use while breastfeeding or if you smoke. It will likely make your period irregular. In fact, many women don’t get a period at all while using this method of birth control. Weight gain, moodiness and acne are a few of the potential side effects.

So Which Birth Control Is Best?

Even so, no birth control is 100 percent effective. Pregnancy is always a possibility when a man and a woman do the deed. Discuss this potential with your partner ahead of time to reduce anxiety if you ever have a scare. Personally, I've seen every type of birth control fail. It just happens. Not often, but it does. Don't beat yourself up about it. Like so many other fun things, sex carries its share of risk. The best we can do is do our best to manage it.

Remember that none of these methods provides protection against STDs - keep a supply of condoms or other barrier method handy! 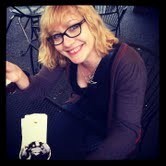