Am I Addicted to Sex?

I asked myself this question recently, and, because I spend so much time in a classroom anyways, I decided to take a test to find out. The questions on this test, posed by psychologists and other sex addiction experts, made me wonder if the sex I was engaging in was a compulsive act beyond my control, or whether it was simply an excess of unbridled passion. Was sex interfering with my life? Was it becoming destructive? Was I feeling shame about my behavior? Was I obsessed with sex?

And then I reminded myself that I'm a sex blogger and an erotica writer. Sex is my business and my creative outlet. What was I going to do if engaging in sexual acts was becoming unhealthy for me? It's not like I could stop. Or could I?

As sex addiction experts point out, one of the key differences between this addiction and most others (drugs, alcohol, and gambling) is that it's natural to have sex, so eliminating sex entirely from your life is probably not the solution to the problem. Although many sex addiction treatments start with 60 to 90 days of celibacy, the hope is that the addict can have healthy sex eventually.

What exactly is sex addiction?

According to the National Council on Sexual Addictions and Compulsivity, sexual addiction can be defined as "engaging in persistent and escalating patterns of sexual behavior acted out despite increasing negative consequences to self and others."

The thing is, being sexually liberated is different from feeling a compulsion to have sex or feeling that nothing else will give you the release you need. (Read more about the benefits of sex for women in middle age in Are You Over 50 and Having Sex? You Should Be.)


It's Not Always About the Sex

The sex quiz made me think about whether I was using sex to push people away instead of to find a shared intimacy. Because I mainly sought out the physical sensation associated with the chemistry of sex, I was bypassing intimacy and true union. As described by Sexaholics Anonymous, "Fantasy corrupted the real; lust killed love."

Choosing to engage in sex with multiple partners can be tricky because each relationship is unique. Sometimes it's easy to understand that the connection you feel is simply lust and other times it feels a lot like love. (Read our Casual Sex Rules for more tips on balancing multiple casual partners.)

Sometimes I worry that my current relationship is like that. He knows that I have other sexual partners, and he says he's fine with that, but I also worry that we're both using my promiscuity as a barrier to getting closer with each other. Am I pushing the lover I want away because I'm addicted to sex?

Psychcentral.com lists several symptoms of sex addiction, including "repetitive and escalating sexual fantasies, urges, and behaviors," all of which I have experienced. Sometimes it scares me a little when I start to wonder whether I have control over these symptoms. Can I have a healthy, sexual relationship with someone I truly care about and who cares about me? Who's in control here?

Because so much of my world is dominated by lust, I think it might be time to dial it down and make some space for love. I'm not really sure what that will look like, or if I will be successful, but I plan to start by being more mindful of who I want to have sex with and what motivates me to choose that partner.

I'm not going to idealize that too much though. After all, when love and lust collide, they produce fireworks that can either delight you with their brilliance ... or explode in your face.

(Check out our article, Lively, Liberated, Lubed: Promiscuous, Over 30 and Loving Every Minute of It for another take on sexual liberation as an alternative to monogamy.) 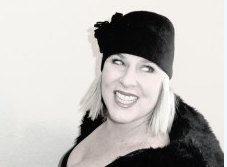